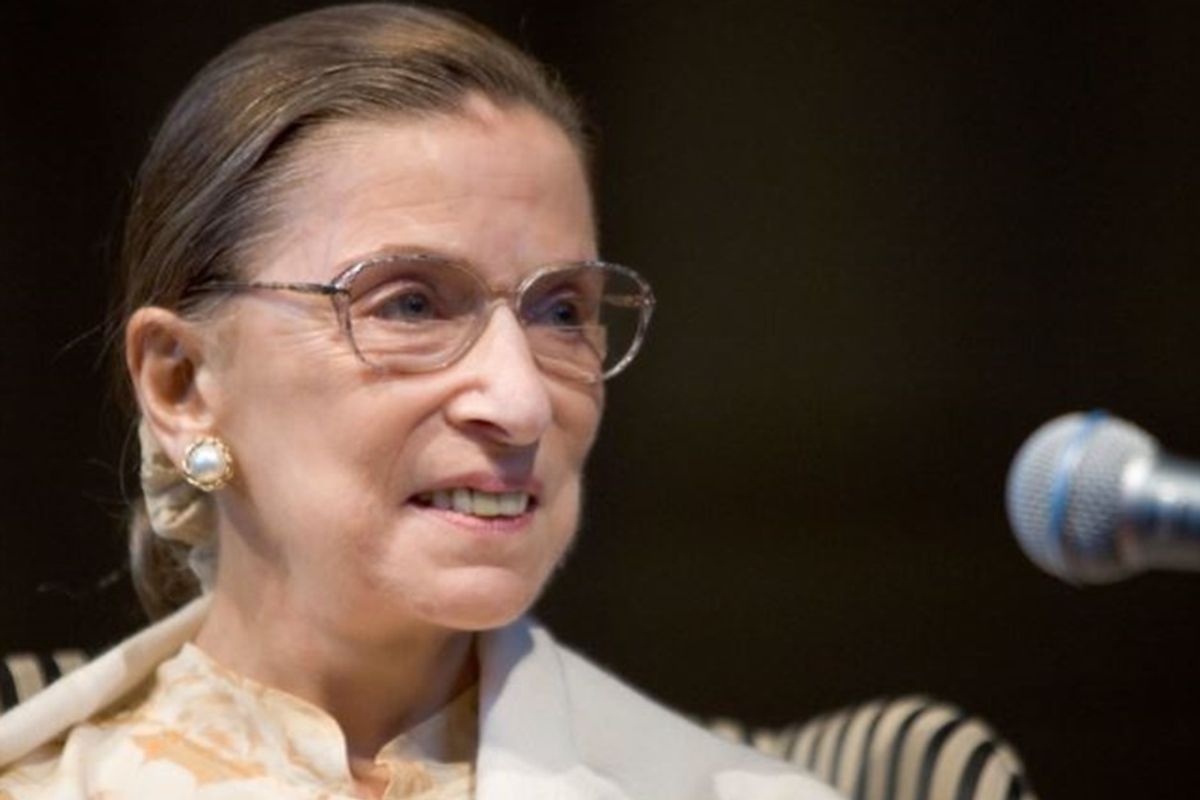 Ruth Bader Ginsburg passed away at the age of 87 earlier this month and she leaves an unparalleled legacy of fighting for gender equality and women's rights.

One of the most important aspects of her legacy is how she has continued to be an inspiration across generations, and is particularly popular among young women.

"I think it is absolutely extraordinary that Justice Ginsburg was both a hero to the women of the 1970s and then an icon to the little girls of today," Abbe Gluck, a Yale Law School professor and former clerk of Justice Ginsburg, told ABC News.

"She was an amazing teacher and her influence remains with me today and will remain with me forever," she continued.

Many young people learned about her fight for equality through a 2016 children's book, "I Dissent: Ruth Bader Ginsburg Makes Her Mark," by Debbie Levy.

A wonderful example of RBG's influence on the younger generations comes out of Portland, Oregon. Ruby Waas Shull, a fifth-grader at Bridger K - 8, has started a petition to rename nearby Kellogg Middle School after Ginsburg.

The school is currently being rebuilt as part of a modernization project and she believes it should reopen with a new name.

Ruby's mother, Rachael Was Shull, says her daughter has been trying to get a school in the district named after Ginsburg for years. However, Portland Publics Schools' naming policy requires someone to have been deceased for at least three years before being considered for having a building named after them.

In the wake of Ginsburg's death, Ruby has sent two letters to the district requesting the name change, the most recent made a case for waiving the three-year qualification.

"We are working out next steps, but Ruby's goal is to present directly to the school board," Racheal told Scary Mommy. "We are all feeling excited about the possibility of better representation in our monuments and institutions."

The school district says that the children's voices will be taken into consideration when deciding on renaming school buildings.

"PPS is very committed to the student voice and the renaming process," the district said in a statement. "This summer we proposed a new process that aligns with our PPS Vision, our values, commitment to Racial Equity and Social Justice, and is culturally responsive."

In the meantime, Ruby is garnering support for the renaming process through a Change.org petition that already has over 2100 signatures. The goal of the campaign is to reach 2500.

"I feel strongly that we should change the name of Kellogg Middle School to Ruth Bader Ginsburg Middle School," the petition reads. "We have a lot of schools (far too many, in my opinion) named after white businessmen. Lastly, if kids go to schools centered only on white males then kids who are not those two things may feel unimportant, or worthless even."

Ruth Bader Ginsburg was known for her persistence and Ruby is a fine example of how her dedication has had a tremendous influence on subsequent generations.

"It just really impresses me that [Ginsburg] hasn't ever given up, even when people said no," Ruby told WHAM.