For 7 hours last week, Germany paid its citizens to use electricity. For reals.

The question facing the shift to clean energy is 'when' not 'if.' 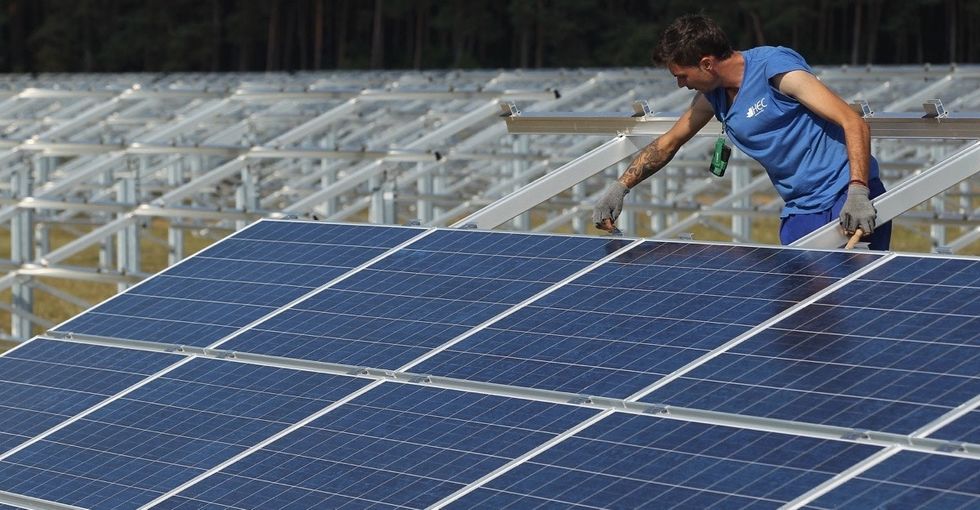 For a few hours on May 8, Germany was generating so much renewable electricity that people were actually getting paid to use energy.

Basically, from 3 a.m. to 10 a.m. (the time period inside the blue box) the country was generating so much more energy than was being consumed that it cost negative euros for people in Germany to use electricity.

How freaking cool is that?!

This data comes from German clean energy think tank Agora Energiewende. While energy's negative cost was pretty much a one-time fluke, it's great to see the country so wholeheartedly embrace renewables.

This is only the start. Here are five other reasons sustainable energy has so much potential:

One of the pitfalls of being so invested in fossil fuels like coal or oil is that at some point, we'll run out. Maybe not this generation, but there'll come a day when we'll need to switch to something a bit (a lot) more sustainable.

Why not make that switch sooner rather than later?

2. There are some major public health benefits to going green.

According to a study from Harvard University's T.H. Chan School of Public Health, fossil fuels take a major toll on health around the world. Take a look at what happened when China banned cars for two weeks; the difference is remarkable.

Here's a gorgeous look at a wind farm near Brieselang, Germany. Photo by Sean Gallup/Getty Images.

That's kind of amazing, right? Even cooler: It's getting more efficient all the time, meaning that while the price of oil may go up and down, solar power will experience a consistent price decline over time. One study has those U.S. energy savings pegged at $64.3 billion by 2025 and $95.5 billion by 2030.

The Solar Impulse 2, a solar-powered airplane, has flown more than 12,000 miles without a single drop of fuel. Photo by Jean Revillard via Getty Images.

4. The shift to renewables will create hundreds of millions of new jobs.

According to the Bureau of Labor Statistics, the number of clean energy jobs jumped 13% between 2013 and 2014 (3.6 million to 3.8 million). This addresses one common concern often cited by politicians: What are coal miners and oil drillers supposed to do for work if we make the shift to renewables?

The answer: Take that energy expertise and help bring a cleaner power source to the world.

Not sure about you, but I like Earth! From what I hear, it's a pretty popular place for us humans to live. But the harsh truth is that if we don't start taking climate change seriously and switching to lower-emission power sources (like, you know, solar and wind), it might not be such a great place for future generations. You know what they say — "an ounce of prevention is worth a pound of cure," right? Now's when we prevent.

If Germany can go green, the rest of the world can't be far behind.

Simply put, making the switch from fossil fuels to sustainable sources of energy is a question of "when" not "if." As technology continues to improve and become more efficient, the stronger the argument in favor of renewables will be.

Just last year, 195 countries signed the Paris climate accord pledging to dramatically reduce greenhouse gas emissions over the next few decades. Here's hoping that these countries (including the U.S.) keep their word.

We only have one Earth. Let's not mess it up.