The new viral Hamilton parody about mask-wearing is clever, hilarious, and spot-freaking-on 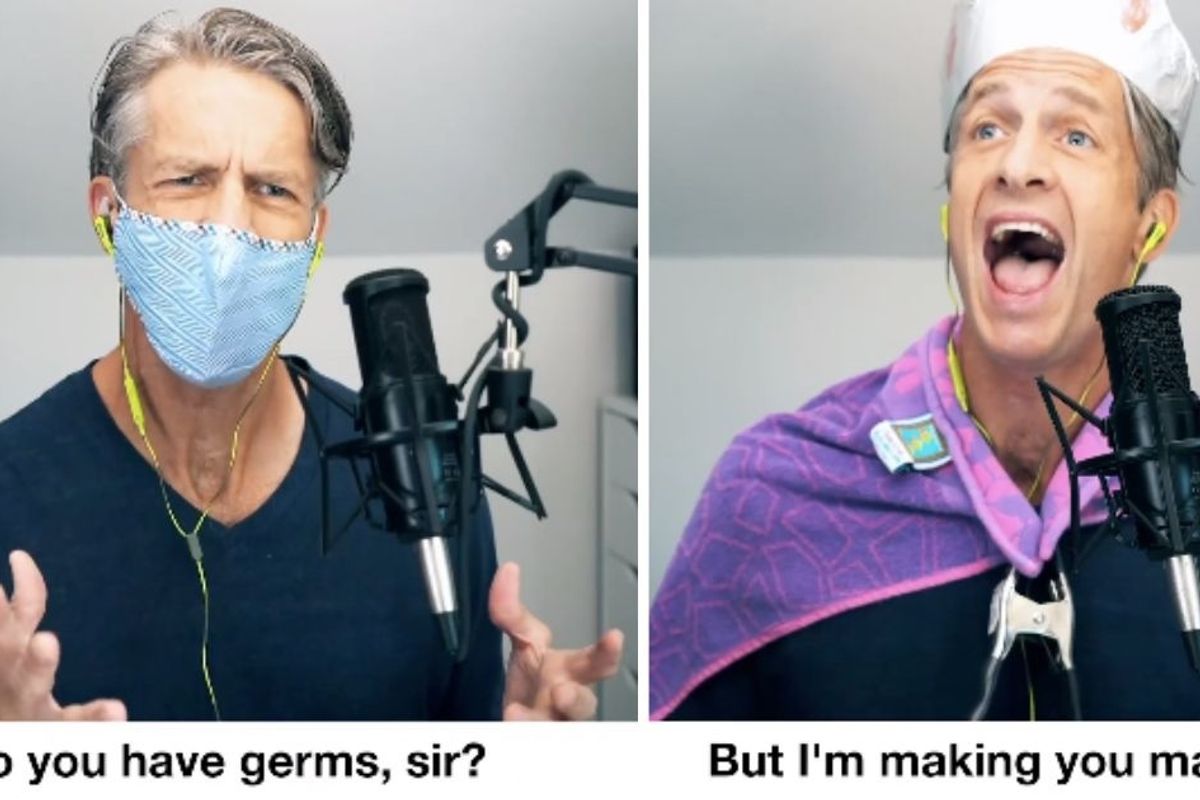 The Holderness family has made quite a name for themselves creating fun parody songs, but they may have just outdone themselves. As the world awaits the premiere of the filmed version Hamilton's original staged production on Disney +, the Holdernesses have released a "Hamilton Mask-up Parody Medley" that perfectly captures inane mask-wearing debates in the musical mastery of Hamilton.

As of now, it's only been up for six hours and has already been shared more than 35,000 times. Hamilton fans love it, recognizing familiar tunes such as "Aaron Burr, Sir," "My Shot," and "You'll Be Back." But even people who have never seen or heard Hamilton before will appreciate the cultural commentary on mask-wearing—an issue that has the U.S. struggling as it attempts to manage a pandemic in a highly individualistic society. As the video points out, public health isn't a partisan thing, and mask-wearing to protect others certainly shouldn't be something that angers people.

Impressive, no? As far as lyricists go, no one matches the genius of Hamilton creator Lin-Manuel Miranda. But the Holdernesses do a pretty darn good job of morphing the mask debates into the Hamilton framework in a way that's funny, true to the subject matter, and on point.

They've had a lot of time to practice nailing the social-commentary-through-song-parody. Penn Holderness spent most of his career on-air as a reporter and news anchor, but pivoted to working with his wife and kids to make goofy-but-culturally-relevant music videos. It started with a viral "Christmas Jammies" video a few years ago, and The Holderness Family channel exploded from there. They've done parodies about everything from helping kids with math homework to the parental nightmare of the slime phenomenon.

If we're going to have to live with people arguing over putting a piece of cloth over their face to help quell a literal pandemic, we can at least have some laughs over the absurdity of it. Good job, Holdernesses.

From Your Site Articles
Related Articles Around the Web
humor