Hidden behind our own galaxy are clues to a mystery of epic proportions. 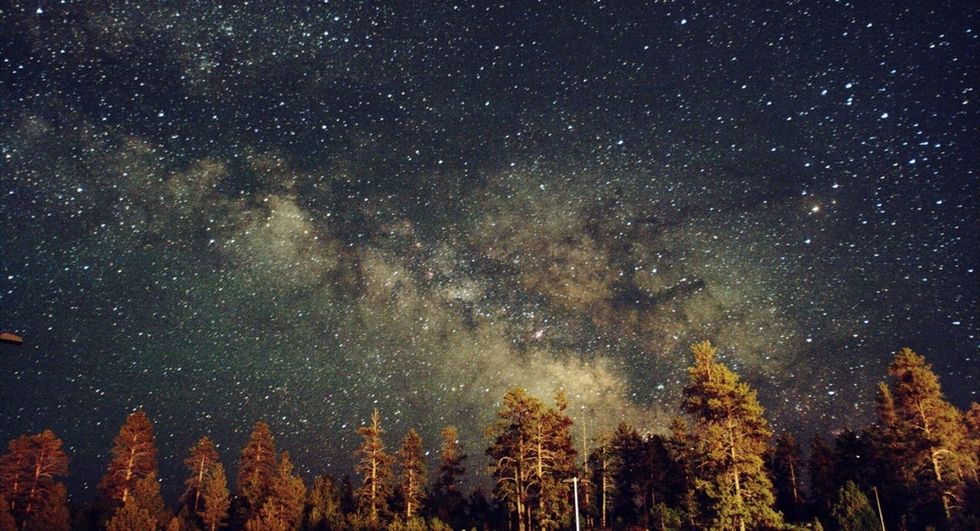 Like a pedestrian who is walking one mile per hour slower than everyone around them; like a person who is standing in the exact middle of an escalator; like a driver who doesn't understand the left lane is for merging: Our galaxy is in the way.

What exactly is the Milky Way hiding?

Don't get me wrong, the Milky Way is really cool and super pretty. It's home to at least 200 million stars and has fascinated people for centuries. It's nearly as old as the universe itself. As pretty as it is, all that dust, gas, and stars block our view of what's behind it.

Astronomers even have a term for this — the Zone of Avoidance.

Scientists have finally found a way to peer through the Zone of Avoidance — and what they saw on the other side is astounding.

An artist’s impression of the galaxies found in the "Zone of Avoidance" behind the Milky Way. Image by ICRAR, used with permission.

Through the radio telescope, scientists were able to observe nearly 900 galaxies — 240 of which had never been seen before.

The Parkes telescope is over 200 feet across. Image from Stephen West/Wikimedia Commons.

Unlike the kind of telescopes that show you visible light waves, radio telescopes look at radio waves, which can penetrate through the gas and dust of our galaxy, giving scientists a kind of X-ray vision.

An annotated artist's impression showing radio waves travelling from the new galaxies, then passing through the Milky Way and arriving at the Parkes radio telescope on Earth (not to scale). Image by ICRAR, used with permission.

Unfortunately, this means there isn't a big beautiful photo to share showing what the new galaxies in the Zone of Avoidance look like. All the pictures from the radio telescope kinda look like this:

While perhaps not as cool as a full color, high-res, high-def photo of hundreds of new galaxies, these radio wave pictures could go a long way in helping scientists solve one of space's biggest mysteries.

Because there is something hiding out there. Something big.​ No one knows what it is — but we know it's there. And with these new radio wave pictures, we're getting closer to figuring it out.

No, it's not "The Guardians of the Galaxy" sequel.

For now, it's called the Great Attractor.

Our galaxy, along with its neighbors, are all hurtling through space at 14 million miles per hour toward one particular point on the universal map — something astronomers call the Great Attractor. Whatever it is, it's huge and has the gravitational force of a million-billion suns.

And nobody knows what it is.

Though we've had evidence about it since the 1970s, the Great Attractor is hidden in that same Zone of Avoidance that was blocking our view of these recently discovered galaxies.

So are these recently discovered galaxies the Great Attractor? Or are they just one more piece of the puzzle?

Maybe? It's not clear at the moment.

“An average galaxy contains 100 billion stars," astronomer Professor Renée Kraan-Korteweg said in a press release. "So finding hundreds of new galaxies hidden behind the Milky Way points to a lot of mass we didn't know about until now.”

That said, scientists need to do follow-up studies to see if the new galaxies measure up or whether there's still something else out there.

The fact is, there's still a ton of stuff out there for us to find.

The universe is huge, and though we have some awesome tools and awesome people exploring it, there are still big mysterious things out there for us to discover. And that's pretty cool.