Hugh Jackman, real-life superhero, helped save swimmers from a riptide.

Hugh to the rescue. 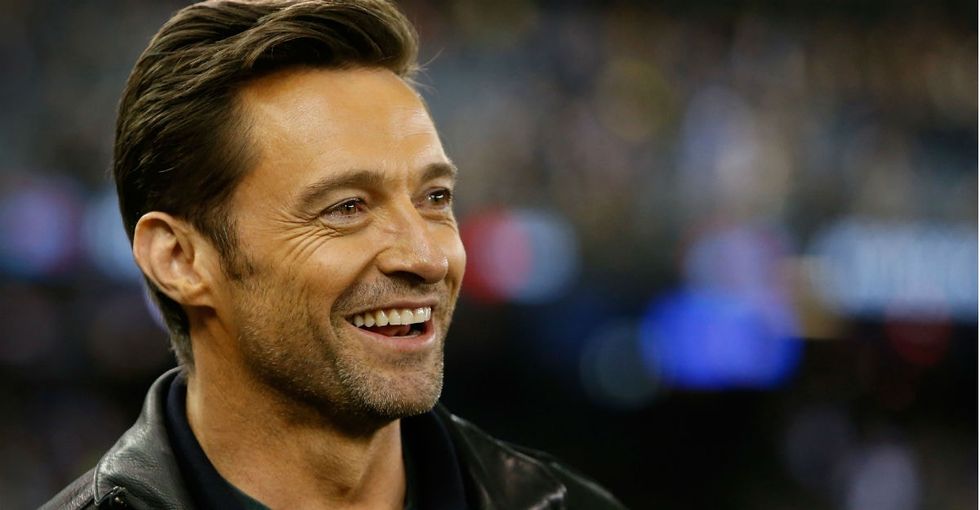 Few people can say they're lifesavers on and off the big screen, but Hugh Jackman is (of course) one of them.

The Australian actor known for his superhero characters became an actual lifesaver this weekend at Bondi Beach near Sydney, where he helped rescue beachgoers from a riptide.

Jackman sprang into action when an intense current began putting swimmers — including his own son and daughter — at risk.

The actor linked hands with a lifeguard to help pull Jackman's 10-year-old daughter, Ava, to safety, 9 News in Australia reported.

Jackman also assisted in bringing his 15-year-old son, Oscar, and a number of other swimmers to safety, which earned him a big thanks from the North Bondi Surf Lifesaving Club.

"He said, 'You guys did an amazing job,'" lifeguard Trent Falson explained of Jackman's praise. "I think [Jackman] thanked me about three times on the way up the sand."

"I think he was under a bit of pressure with [his] two kids at once but he was pretty cool, calm, and collected, as Hugh always is I suppose," swimmer Dan Conn, who also helped in bringing folks to safety, told 9 News. He noted Jackman's "definitely a bit of a superdad," a "superhero," and a "super bloke, too."

Riptides are serious business, which is why we should all know how to handle them if we find ourselves in one (without Jackman nearby).

Every year, more than 100 people die from riptides in the U.S. (That makes them 100 times more deadly than sharks!)

With beach season just around the corner, it's important to know how you can stay safe. So here are a few tips.

1. Swim with a buddy (especially if you're an inexperienced swimmer).

Swimming with a friend who can help in a moment of need makes any trip to the beach safer — riptide or not.

2. If you find yourself in a riptide, first and foremost, stay calm.

Riptides pull swimmers away from the beach. If you feel this happening to you, don't panic! Most riptide deaths occur because swimmers fearfully try to fight the current and exhaust themselves.

3. Now that you're nice and relaxed, see if you can touch the seafloor.

If you can regain your footing and the current becomes weaker, this will help you stay in control and move to safety. But if you can't touch, again, don't panic (are you sensing a theme?).

Riptides are usually no wider than 100 feet. So if you're caught in one, swim parallel to the coastline (not against the current), and know that it's just temporary. Soon, you'll be out of the riptide and able to swim freely to shore.

Illustration via the National Oceanic and Atmospheric Administration.

Don't fret, swimmers — you got this.

There are many reasons to be upset over the fact you'll probably never swim with Hugh Jackman, but your ability to survive riptides certainly shouldn't be one of them.