If Americans understood how absurd our system is, we'd all be demanding universal healthcare 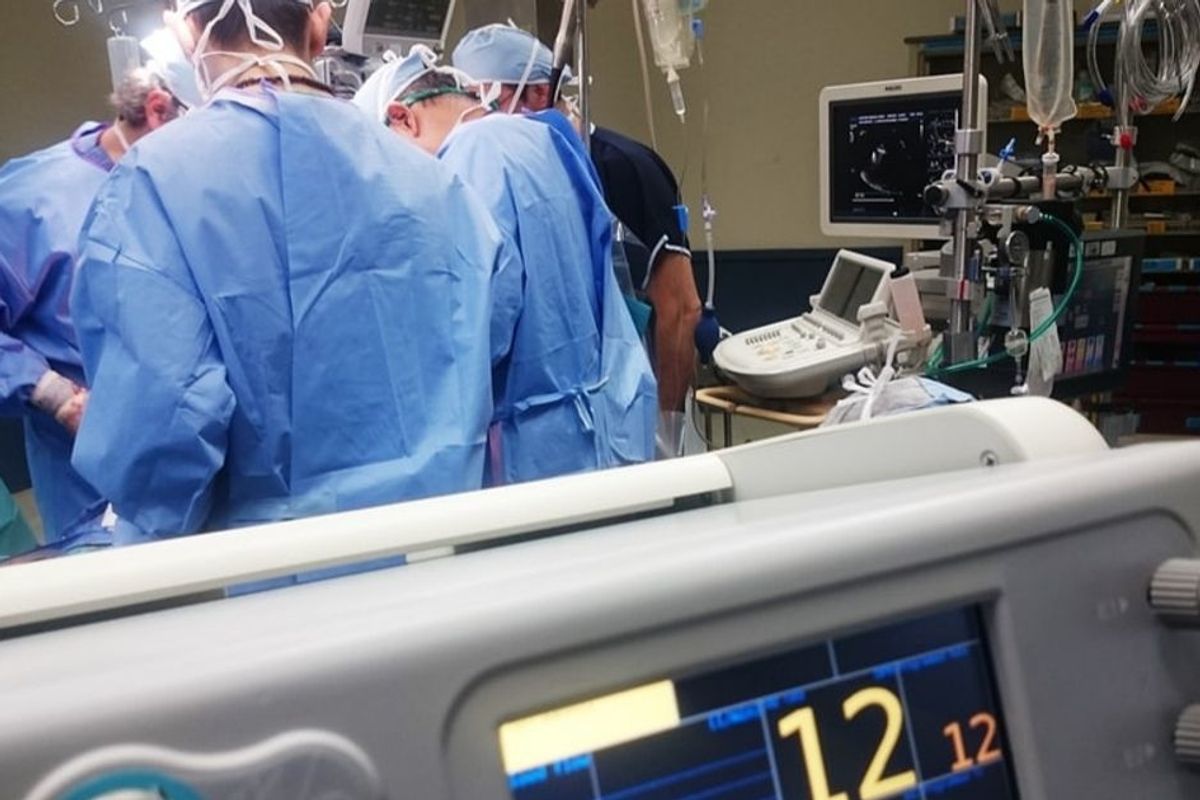 Healthcare dominated much of the Democratic debates this week, and for good reason. Multiple polls show that healthcare remains Americans' top concern.

My teenage daughter recently had some blood work done, and the total cost was more than $1000. After insurance, we have the honor of paying $200. For blood work. For nothing to be wrong.

Was the lab testing her blood with gold and platinum? Were they sending it to space and back? I mean seriously, how on earth could blood tests cost $1000?

Meanwhile, in other countries, we have people giving birth, having surgeries, fixing broken bones, as well as basic blood work, for no out of pocket cost whatsoever.

I wrote an article last year about an American man's experience in a Taiwanese emergency room. He'd hurt himself shortly after moving to the country and wasn't yet covered under the national healthcare plan. Being an American, he was terrified of what his E.R. bill was going to be without health insurance. His total bill? Around $80 USD.

Every time that story gets shared on Welcometoterranova, the comments section is filled with hundreds of stories like this. Some traveler broke their ankle while galavanting around Europe, with a subsequent E.R. visit that in total cost less than a typical American emergency room copay. Some expat living in another country had to have their appendix removed and their out-of-pocket costs were a tiny fraction of what we would pay here, even after insurance.

RELATED: He went to the ER in Taiwan, then his "Horrors of Socialized Medicine" post went viral.

Several months ago, a story shared on Facebook about a woman getting a breast lump checked out in Iceland went viral. Since she wasn't Icelandic, she had to pay cash for the visit. A doctor's appointment. mammogram, and ultrasound cost her less than a trip to Starbucks. No referrals. No waiting.

Sure, other countries pay somewhat higher taxes than we do, but they generally don't pay insurance premiums or have high out-of-pocket costs. And our health insurance costs keep climbing. This year, the average total cost of employer-provided health coverage passed $20,000 for a family plan. That's the cost of a small car, every year, just to have health insurance.

I hear some people say that our medical services are far superior to other countries, which is a questionable stance considering the fact that our health outcomes are actually below many other comparable countries. We have more disease burden, more preventable deaths, and more medical errors than many other OECD countries. Our maternal mortality rate has more than doubled in the past 30 years. We do a few things very well—if you have a heart attack or need a complicated surgery, our doctors are highly skilled. But it's not like our general medical care is superior to other developed nations.

I also hear people say that people have to wait for medical care in these other countries. While that's true for some elective surgeries, adults in most comparable countries actually get to see their doctors more quickly than we do in the U.S. And it's not like people never have to wait for non-emergency surgeries here too.

But the argument I really don't get is "Why should I have to pay for someone else's medical care?" Because anyone who pays into insurance is paying for other people's care. That's literally the way insurance works. Of course, you benefit as well, but that's no different than a tax to cover healthcare, only then everyone is covered.

RELATED: Guy gets taken down by Twitter after comparing universal healthcare to charity

And yes, of course we'd be paying more in taxes. Does that mean we'd actually have more money coming out of our pockets than we do now? Not likely. What if we took the gargantuan amounts of money we already throw at at insurance companies and for-profit health systems and put those resources toward a system that works for everyone, like they do in other countries? So many Americans are so allergic to the idea of taxes that they are willing to cut off their nose to spite their face on this issue.

We can argue all day long about whether healthcare is a basic human right, but I don't think we even need to get into that. We can also argue all day about what version of universal coverage will work best here, but we have plenty of examples to analyze and compare. What's no longer a question, in my opinion, is whether or not we should do it. Universal healthcare simply makes sense, and we're long past the era when we can pretend that it doesn't.

From Your Site Articles
universal healthcare