In a poignant comic, 10 people explain what it's like living with HIV.

'I firmly believe that without this diagnosis and the journey it has led me to make, I really would be a boring narrow-minded old fart.' 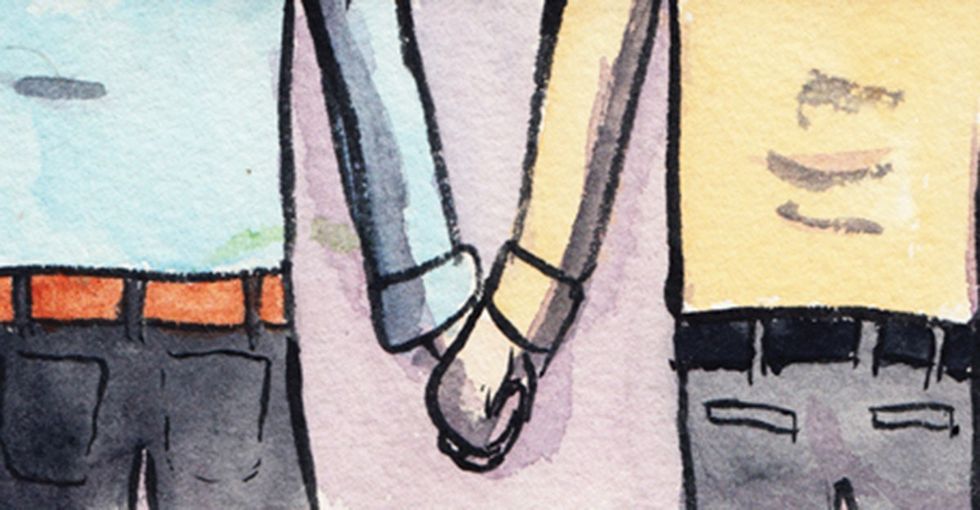 In the sea of international causes we now observe, it may be easy to forget that World AIDS Day was the first ever global health day. What should not be easily forgotten, however, is how many it's affected in just three decades.

According to the U.K. organization National AIDS Trust, since the virus was first identified back in 1984, over 35 million people have lost their lives to it. Today, an estimated 36.7 million people are living with HIV worldwide. But thanks to advances in medicine, especially in the last decade, infection rates are going down, and people who have the disease are living longer.

While that is ultimately good news, life with HIV/AIDS is not simple, even when you take away the added regular health management. There is still a heavy stigma around it that often affects people living with either condition. Most of this seems to stem from a lack of understanding about how HIV is contracted.

English illustrator Graham Johnson, together with National AIDS Trust, wanted to help reverse the stigma by introducing the world to actual people who were handed the HIV/AIDS diagnosis over the years. He illustrated 10 of their stories to show how the individuals behind the scary statistics keep living life, often fuller than they did before.

Here they are in chronological order, from the early 1980s all the way up to today.

All illustrations by Graham Johnson/National AIDS Trust, used with permission.

Of course, there are negative experiences in here, but the point is that they don't define these people. They're challenges to overcome, after which life ultimately moves forward.

Thanks to measures by National AIDS Trust and other HIV awareness groups, people living with HIV/AIDS don't face nearly as much judgment and discrimination as they did in the past. As long as any stigma remains, however, it's important to keep the conversation about the condition going until all fears are put to rest.

It's equally as important to keep supporting prevention methods. National AIDS Trust recently won a major lawsuit that declared the National Health Service in England can fund (and must consider implementing) the HIV prevention drug PrEP. This newer drug prevents HIV-negative people from contracting the virus and thus could help lower the number of new cases significantly. Government support for these discoveries is necessary for them to have any sort of impact.

The fight against the HIV/AIDS pandemic is ongoing, but the more people and organizations who stand by those who've been diagnosed, the sooner the stigma around it will become a distant memory.