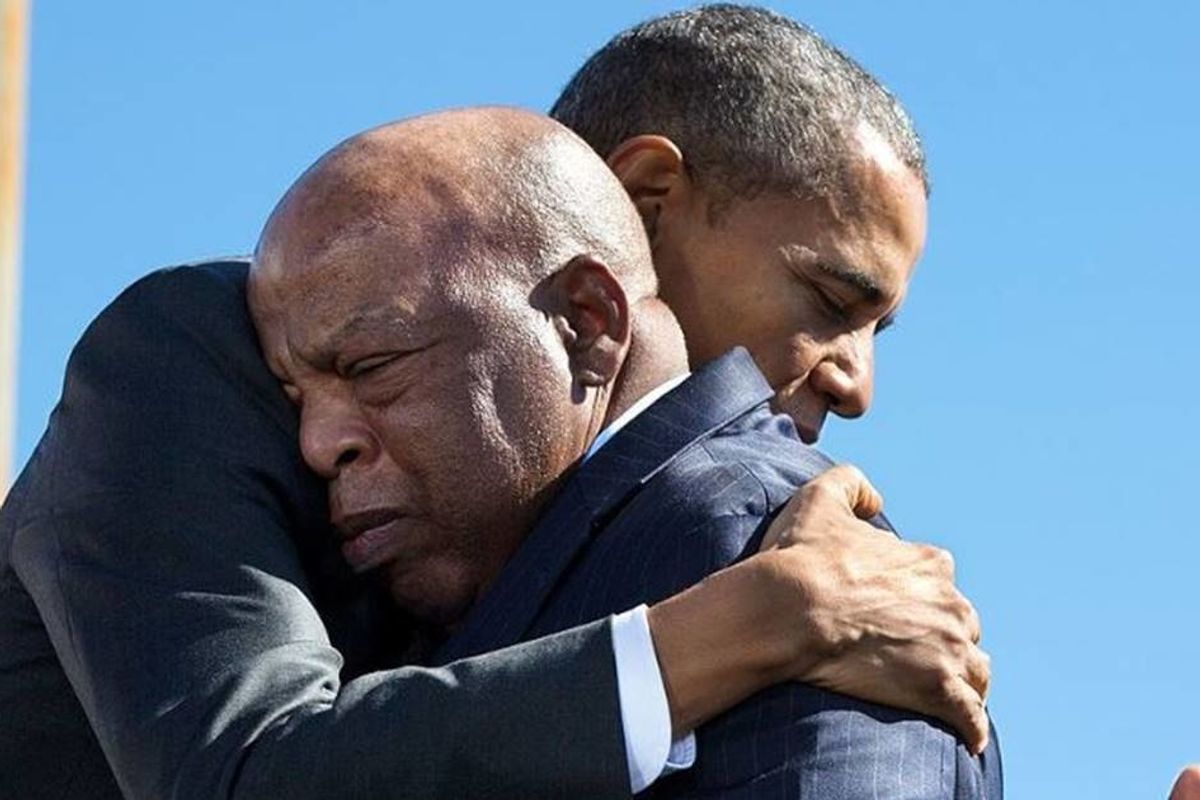 Former Presidents Barack Obama, Bill Clinton and George W. Bush eulogized the late Representative John Lewis at an Atlanta church on Thursday. The event capped off the sixth day of memorials for the civil rights leader and Georgia Congressman.

Lewis passed away from pancreatic cancer on July 17. He served as a Congressman from Georgia's 5th district from 1987 until his death. Lewis was instrumental to the civil rights movement, helping to organize the 1963 March on Washington and serving as the chairman of the Student Nonviolent Coordinating Committee from 1963 to 1966.

In 1965, Lewis was attacked by state troopers and police as he led the first of three Selma to Montgomery marches across the Edmund Pettus Bridge.

The most eagerly-awaited speaker at the event was former President Barack Obama. In the past, Obama has referred to Lewis as a "hero" and said he only made it to the White House because of the "sacrifices he made." In his speech, Obama proved the importance of Lewis' lifelong fight for equality by highlighting the struggles that America is facing today, namely the death of George Floyd and voter suppression. He also took a veiled swipe at President Trump by comparing him to segregationist George Wallace.

"Today we witness with our own eyes police officers kneeling on the necks of Black Americans. George Wallace may be gone, but we can witness our federal government sending agents to use tear gas and batons against peaceful demonstrators," Obama said. "I know this is a celebration of John's life," he continued. "There are some who might say we shouldn't dwell on such things, but that's why I'm talking about it."

"John Lewis devoted his time on this Earth (to) fighting the very attacks on democracy and what's best in America that we're seeing circulate right now."

"Even as we sit here, there are those in power who are doing their darnedest to discourage people from voting by closing polling locations and targeting minorities and students with restrictive ID laws and attacking our voting rights with surgical precision, even undermining the postal service in the run up to an election," Obama said.

"It's going to be dependent on mail-in ballots so people don't get sick," Obama said to a standing ovation.

Obama sealed Lewis's place in history by deeming him one of America's founding fathers.

"America was built by John Lewises. He, as much as anyone in our history, brought this country a little bit closer to our highest ideals," he said. "And some day, when we do finish that long journey towards freedom, when we do form a more perfect union, whether it's years from now, or decades, or even if it takes another two centuries, John Lewis will be a founding father of that fuller, fairer, better America."

Former President Bill Clinton used his speech to urge people to continue Lewis' fight. "He never lost heart. He fought the good fight, he kept the faith," Clinton said. "It is so fitting on the day of his service, he leaves us our marching orders: 'Keep moving.'"

He also said that in his final days as president, he was asked if he was granted three wishes, what would they be? One of them was to make people in Lewis's image.

"I would infect every American with whatever it was that John Lewis got as a 4-year-old kid and took through a lifetime to keep moving and to keep moving in the right direction and keep bringing other people to move and to do it without hatred in his heart, with a song and to be able to sing and dance," Clinton said.

"He's been called an American saint, a believer willing to give up everything, even life itself, to bear witness to the truth that drove him all his life: that we could build a world of peace and justice, harmony and dignity and love," he continued.

President Trump did not attend the memorial.

From Your Site Articles
Related Articles Around the Web
barack obama