In just one tweet, this reporter scorches every Trump lie about immigrants. 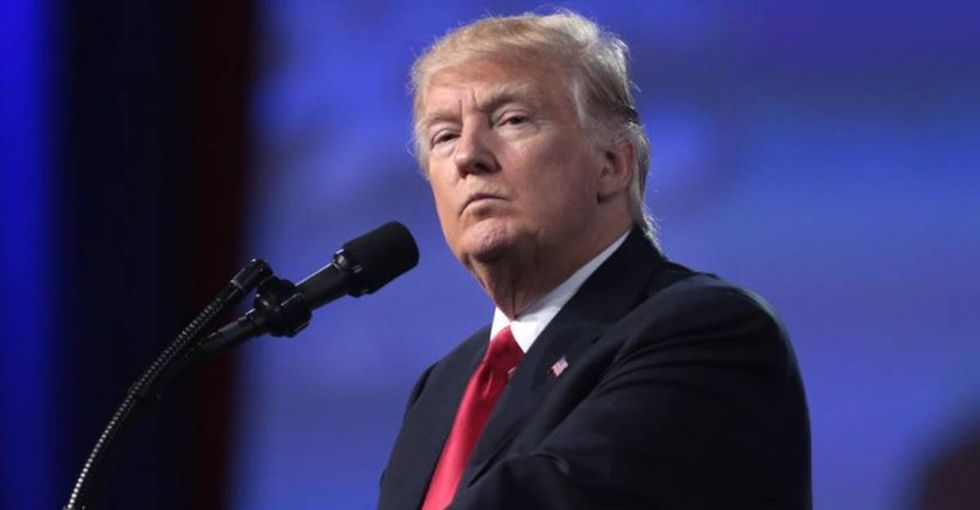 The original sin of the Trump presidency was  in the speech he made announcing his candidacy. “When Mexico sends its people, they're not sending their best,” he said in front of a crowd of paid supporters. “They’re bringing drugs. They’re bringing crime. They’re rapists. And some, I assume, are good people.”

While racist dog whistles aren't new to conservative politicians, Trump had no problem saying the quiet part out loud and 60 million Americans thanked him for it by voting for him to be president.

Multiple studies show that racial resentment was the number one issue motivating Trump voters. So, he’s had no problem rewarding his base with lies and fear-mongering about immigrants.

However, his claims that the country is in danger of being “overwhelmed” by “massive increases in illegal crossings” that will bring “horrible crime,” are far from true.

Sahil Kapur, national political reporter for Bloomberg, laid out the truth about immigrants on one easy-to-read tweet.

Fact 1: The undocumented population has been mostly flat since 2007

According to Pew Research, there are 11 million undocumented immigrants in the U.S., which is down from a high of 12.2 million in 2007. It’s believed that the economic downturn that started in 2008 caused a decrease in border crossings and caused some to return home.

While Trump may trot out high-profile incidents of violence caused by undocumented immigrants for political gain, according to the peer-reviewed journal "Criminology," they are exceptions that fail to prove the rule.

Michael Light, a criminologist at the University of Wisconsin, Madison, looked at whether illegal immigration over the last three decades caused an increase in violent crimes: murder, rape, robbery and aggravated assault.

In fact, the crime rate has significantly decreased over that same period.

A 2008 study by the University of California supports Light’s claims. “American-born men between 18 and 39 are five times more likely to be incarcerated than foreign born men of the same age, including undocumented ones,” the report says.

Another study of crime in Texas published in the libertarian-leaning Reason.com agrees. “In 2015, the rate of convictions per 100,000 undocumented immigrants [in Texas] was 16 percent lower than that of the native-born,” the study says. While the illegal immigrant conviction rate for homicide was “56 percent below that of the native born.”

Why do immigrants commit less crime than native-born Americans?

“Immigrants are driven by pursuit of education and economic opportunities for themselves or their families,” Light said. “Moreover, migration—especially undocumented migration—requires a lot of motivation and planning. Those are characteristics that aren’t highly correlated with a high crime-prone disposition.”

So, according to the data, Trump should revise his rhetoric from the first speech of his candidacy by saying: “Most, if not all, immigrants are ‘good people.’”