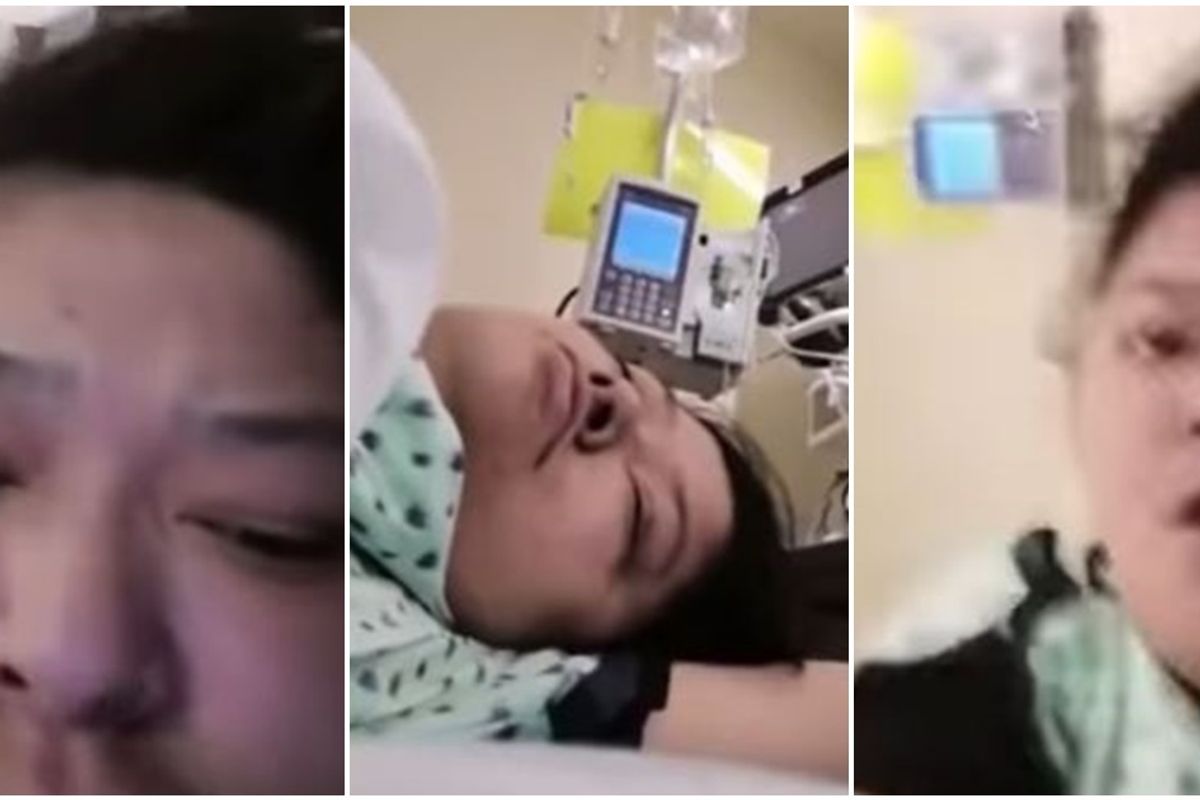 A disturbing video out of Quebec has brought attention to the issue of systemic racism against Indigenous people in Canada's healthcare system.

Joyce Echaquan, a 37-year-old Atikamekw woman and mother of seven, was admitted to a hospital in the Quebec city of Joliette for severe stomach pain on September 26. Two days after being admitted, she posted a live video on Facebook of the nurses taunting her with racial jibes.

In the video, nurses can be heard calling her "stupid as hell" in French and asking "What are your children going to think, seeing you like this?"

"She's good at having sex, more than anything else," another nurse says.

The comments are heard while Echaquan moans in pain. She died shortly after posting the live video.

The actions of the staff were condemned by Quebec premier, François Legault. At least one of the nurses has been fired for their behavior and the province has launched an investigation into the circumstances of Echaquan's death.

Marc Miller, federal Indigenous services minister, has called the video "gut-wrenching" and gave his condolences to the victim's family.

"This is the worst face of racism," Miller told reporters. "This is someone who is at their most vulnerable. And they are dying, having heard racist words expressed towards them."

"Discrimination against First Nations people remains prevalent in the healthcare system and this needs to stop," the Assembly of First Nations national chief, Perry Bellegarde, said in a statement.

Lorraine Whitman, the president of the Native Women's Association of Canada, also spoke out against the horrifying incident.

"It was with disgust that we heard a nurse, a woman who was supposed to care for her, utter racial slurs rather than come to her aid," she said. Whitman also wondered whether other Indigenous women have suffered the same treatment but didn't have the "courage or ability to film their own distress."

A study from 2015 called "First Peoples, Second Class Treatment" by the Wellesley Institute found there is a deep-seeded racial bias in Canada's healthcare system and much of it stems from country's colonial past.

The inequity faced by indigenous people is rooted in government policies that encouraged segregation. Further, negative stereotypes about Indigenous people have created an "unconscious, pro-white bias" among healthcare workers.

The study also found that Indigenous people experience racism in healthcare settings so regularly they often strategize about how to deal with it before admitting themselves to the hospital. The prejudice has also forced some to avoid the healthcare system altogether.

This isn't the first incident of its kind to make headlines in Canada this year.

Staff at a hospital in British Columbia allegedly bet on the blood alcohol content of the Indigenous people admitted to the hospital.

"The allegation is that a game was being played to investigate the blood alcohol level of patients in the emergency rooms, in particular with Indigenous people and perhaps others," Health Minister Adrian Dix said in a statement.

"And if true, it is intolerable and racist and of course (has) affected profoundly patient care," Dix continued.

Thousands of supporters marched in Montreal on Saturday to demand justice for Joyce Echaquan, an Atikamekw woman wh… https://t.co/eUtsTwz2eC
— Laurence B D (@Laurence B D)1601831561.0

Nakuset, the executive director of the Native Women's Shelter and organizer of a Justice Pour Joyce march in downtown Montreal, is hopeful that Echaquan's death will inspire systemic change in healthcare.

However, that'll only happen if Canadians from all backgrounds come together to support Indigenous people.

"The only way that we can make changes as a society is to show up," she said, "because actions speak louder than words."

From Your Site Articles
Related Articles Around the Web
indigenous people