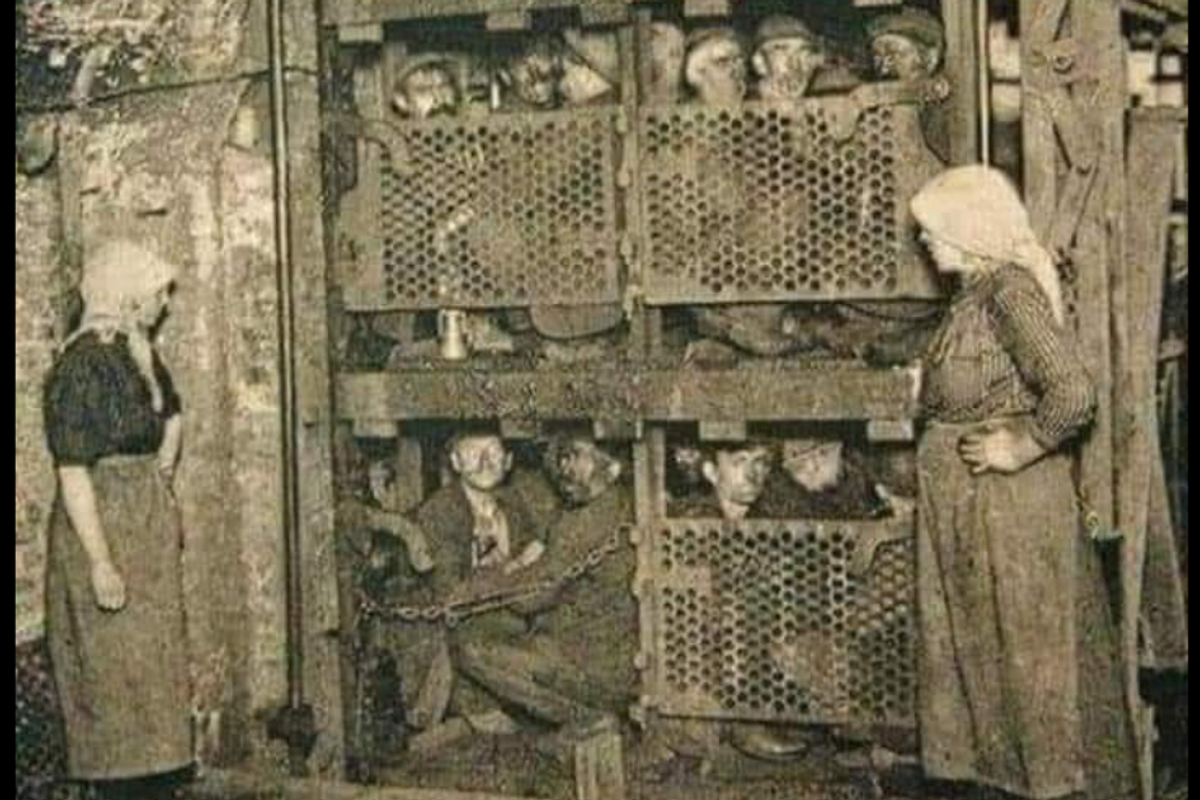 UPDATE/EDITOR'S NOTE: This article was successfully removed from Facebook thanks in part to this article from Annie Reneau and also thanks to readers like you who took action and demanded accountability from Facebook. We're sharing it again as an example of how we can all be part of positive and constructive change on social media. Don't let the trolls win!

So the fact that a post about Irish slaves has been shared nearly a million times in just nine days is incredibly disheartening. Why? Because it's fake, fake, fake. And not in an "I don't like what this says so I'm going to call it fake" kind of way, but in a non-factual, already-debunked-by-real-historians kind of way.

As someone with a crapton of Irish ancestry, I find the perpetuation of the Irish slaves myth utterly embarrassing—especially since it's most often shared in an attempt to downplay the history of Black slavery in the U.S. If it were true, that kind of deflection would still be annoying. But pushing false history narratives to deny the reality of the impact of institutionalized, race-based chattel slavery is just gross.

And to be sure, this is false history. To begin with, the photo isn't even of Irish people at all. It's a photo of Belgian miners crammed into a mining elevator around the year 1900.

And the text for this post comes from a discredited article from 2008, written by a man whose identity has never been verified. Since Reuters already did a beautiful job of going through the post detail by detail and sharing historians' corrections of what it claims—with citations—I won't rehash too much here. (Find the Reuters debunking here. Find an Irish Journal debunking here. And a Pacific Standard fact-check of the Irish slaves myth in general here.)

Please, please read those links. Save them on your computer or phone so that you can share them with people who keep sharing these posts.

And please, for the love of all that is good and holy, let's all learn how to check things for ourselves. Here's a quick tutorial for how to do that, using this viral post as an example.

First, let's check the photo. There are two easy ways search for a photo online.

1) In a Chrome browser, hover over the image and right-click (or "control"-click on a Mac). Select "Search Google for Image" and you'll see all the places the photo shows up with descriptions.

2) In any browser, right-click the photo and select "Copy Image Address." Go to images.google.com, click on the camera icon in the search bar, then paste in the image address.

Here's what comes up in the image search for this photo. Clearly, this is a photo of Belgian coal miners, not Irish slaves from the 17th century (when cameras hadn't even been invented yet).

Now let's look at the text.

The first red flag on this post is that there are no citations. The person who created the post gave no credit at all for where the "information" came from. If a post contains historical claims and offers no sources, it needs to be verified. Always and forever.

The second red flag is that comments have been turned off on the post, which means no one can share refuting information on the post itself. Sometimes people turn off comments for problematic responses, but on a post that's sharing "history," it's super suspect.

The third red flag is the content of the post itself. Claims like "The majority of the early slaves to the New World were actually white," and "It is well recorded that African slaves, not tainted with the stain of the hated Catholic theology and more expensive to purchase, were often treated far better than their Irish counterparts," are both extraordinary, considering what we know about the horrors of the transatlantic slave trade. If your first reaction is, "Wow, I'd never heard that before," that's a good sign that you should check with actual historians before sharing.

In the misinformation age, we all need to get used to googling the words "myth" and "debunked." A search for "Irish slaves myth" and "Irish slaves debunked" both bring up well-cited, credible historians' responses to narratives like the one in this post. (Again, read the debunking links above. Check the links they share from interviews with and written works of Irish historians.)

Of course, part of the reason this post has almost a million shares is that a whole lot of people want it to be true. This narrative makes slavery in the U.S. seem like an equal opportunity reality, thereby diluting the racism and white supremacy inherent in the "peculiar institution" of American slavery, and thus absolving white folks of any responsibility for the powers and privileges we've inherited as a result of it. It also allows white folks to say ignorant things like, "See? Our ancestors were enslaved just as badly and you don't see us whining," or better yet, "Where are MY damn reparations?" (Actual share text from someone who shared the post.)

We have got to stop this kind of misinformation and disinformation from spreading. It's not harmless. It's not a matter of opinion or an "alternative viewpoint." It's blatant lies, and no one from any background should stand for it.

climate change
Let's Do More Together

Now more than ever, teachers are America's unsung heroes. They are taking on the overwhelming task of not only educating our children but finding creative and effective ways to do it in an unpredictable virtual learning environment.

Lily Read and Justin Bernard, two Massachusetts educators from one of the most diverse public high schools in the U.S. (over 25 different languages are spoken in the student body!), feel ready to meet the challenges of this unprecedented school year. Their goal: find ways to make virtual education "as joyful as possible" to help support teenagers during quarantine.

"Our school is very economically, racially, and linguistically diverse," said Read, "which means meeting the needs for all those students is incredibly complex." That wide range of diversity means that they spend a lot of time in professional development, preparing to meet students where they are. This summer, educators in their district spent weeks learning everything from how to provide emotional and social support via virtual platforms, to meeting 504 plans and Individual Educational Plans for disabled students virtually, to mastering the various online programs necessary for instruction.

Bernard, now in his fifth year of teaching, also coaches the high school football team. Prior to the pandemic, there were clear expectations for student athletes, with clear goals and incentives to keep their grades up. Now, Bernard is concerned that student athletes will begin to fall through the cracks without the structure of physically going to school each day, and he is on a mission to do everything he can to keep that from happening.