Is trying to be eco-friendly stressing you out? These tips may help. 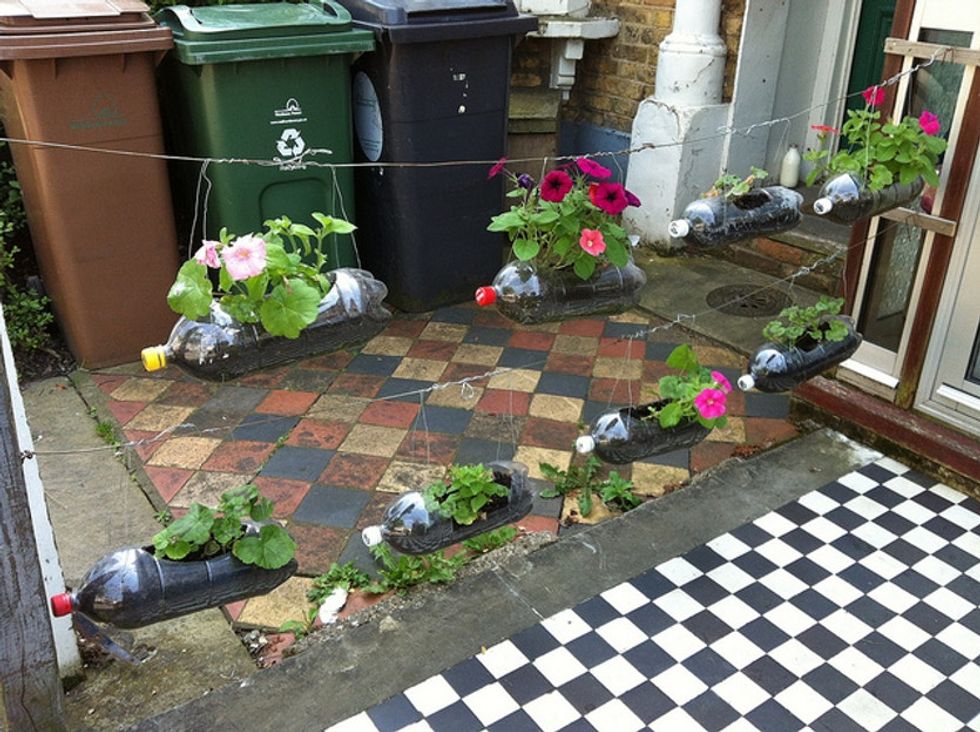 Taking care of the planet can feel like a monumental task.

For those of us who want to reduce our footprint, it can be hard to know where to start. Does recycling need to be separated? Should you get a hybrid? How do you get rid of old clothes? What to do with all of those odds and ends that you know shouldn't be trashed but aren't sure are recyclable?

Honestly, if you're even thinking about these things and asking yourself these questions, you're well on your way.

Becoming an eco-friendly superhero won't happen overnight, but you can make a few improvements that'll help you to feel better and help the planet to thrive longer. Baby steps.

If taking care of the planet were easy and intuitive to our lifestyles, it wouldn't be an issue in the first place. Start small and once those things become routine, feel free to build from there!

Here are five ways to be eco-friendly that won't leave you feeling overwhelmed or inconvenienced.

According to the United States Census Bureau, as of 2013, "about 86% of all workers commuted to work by private vehicle." That's a lot of cars.

Cars are major contributors to air pollution, but for so many people, there simply aren't other viable options for getting around daily. But there's one small and easy way to help out: carpooling.

Carpooling is the best of both worlds. You're helping the environment, and there are many incentives that make carpooling an attractive option for commuters. From special lanes to splitting gas and city programs that offer cash rewards, it's a wonder that more people aren't doing it.

2. Textile recycling: Savers and their nonprofit partners can pick up your old clothes; you just need to place them outside.

On their Facebook page, Savers reminds us that "clothing and textile recycling has a greater impact on reducing greenhouse gases than the recycling of yard waste, glass, and plastic." So how can you try to be a part of the solution?

The Savers family of thrift stores and their partners make it pretty easy. All you have to do is set an appointment and place your clothes outside your door. They'll show up, grab the bag, and make sure your best items find a new home and any remaining items get recycled. Easy.

Is home-pickup not offered in your town? No worries! There are many clothing donation bins dispersed throughout neighborhoods. If there aren't any bins in your area, you can throw the bag in the back of your car and take your donation to a store. No fuss, minimal hassle, and nothing goes to waste.

3. Is this recyclable? Here's how to tell.

Have you noticed the little recycling arrows on some of your containers and bags? You may be sad to know that the symbol doesn't automatically mean that an item is recyclable. The materials used to package so many of our everyday items are not made equally. Some of them have been too chemically altered during their manufacturing process and simply can't be recycled.

So how do you know which items can be recycled and which can't? Greenopedia offers cheat codes. Plastic items with the numbers 1 or 2 in the little triangles are safe. 4 and 5 are maybes. 3, 6, and 7 are a no. All of that a little overwhelming? Try focusing on the items you know can be recycled. When you get used to identifying them, graduate to the maybes. There are those baby steps mentioned earlier. Don't beat yourself up if you can't become a master recycler immediately.

4. Composting: What is it and how should we do it?

Home Composting Made Easy shares that it's estimated "about one-half of all food that is produced or consumed in the U.S. is discarded." World Food Day USA reminds us that "in the USA, 30-40% of the food supply is wasted, equaling more than 20 pounds of food per person per month." That's a lot of food getting thrown out.

Here's the thing: A lot of that excess food could be composted! So the next time you're about to toss out a spotted banana, think about composting it instead.

There are a few different options for creating your own compost, from a sealed pail that you empty into a compost bin to a worm bin. If you're feeling crafty, you can even build your own! Some cities let you put food waste right into the yard waste bin to be picked up for composting (but make sure your city is one of them before giving it a try).

What's good to compost? All of the below, according to Home Composting Made Easy.

If you're the sort of person who loves making new things, then your used wine bottles, water bottles, cans, and more can become your new project. The options are limitless. From paintings to sculptures to horticultural endeavors, where there's a will, there's a way. These pictures can speak for themselves.

Up for trying one or two or all of these tips? The planet and future generations will thank you for making an effort to keep this planet that we call home safe from the waste we've created.