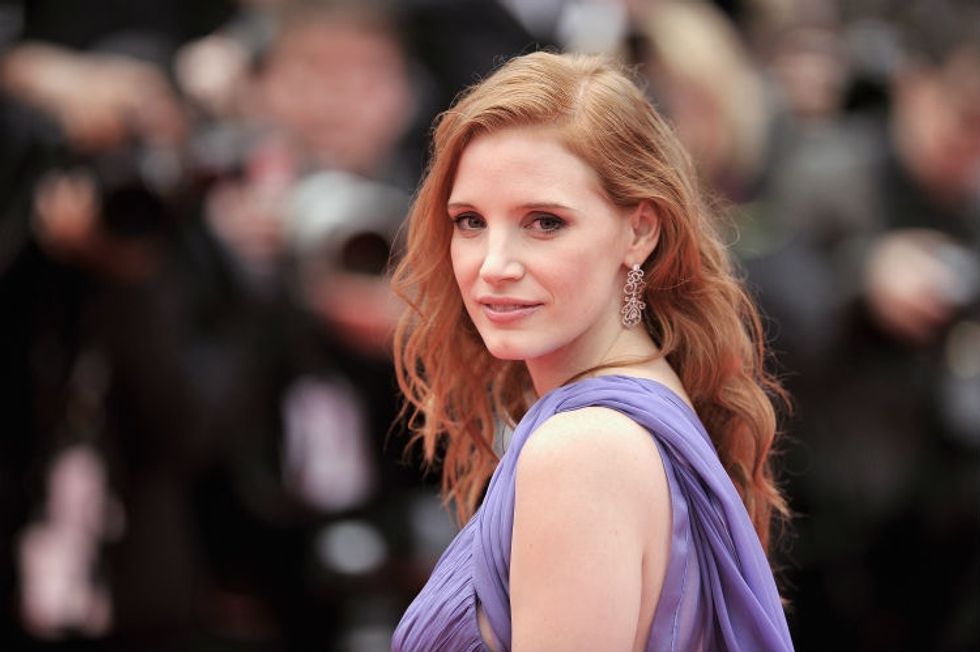 Expressing your emotions is a perfectly normal and healthy part of the human experience. But far too many boys and men feel as though their identity as a male depends on upholding both a tough exterior and interior — void of feelings and tears.

Actress Jessica Chastain wants that to change. Because to her, lives truly do depend on it. And the stats back her up.

In a tweet shared on April 29, the Hollywood A-lister called on all of us to challenge the stereotypes and expectations associated with masculinity — starting with one particularly harmful phrase.

"Can we please eliminate the phrase, 'Stop crying. Be a man'?" the actress wrote. "The old fashioned stereotype doesn't work."

Chastain then highlighted an alarming reality: More men die by suicide than women.

As she pointed out in her tweet citing data collected by the CDC, 121 Americans, on average, die by suicide each day — and 93 of them are men.

Men are far less likely to reach out for help if they're experiencing mental health issues. Many advocates argue there's a clear link between toxic masculinity — a set of attitudes that suggest men should be assertive and dominant, not emotional or vulnerable — and the fact men are over 3.5 times more likely to die by suicide than women.

"Too many boys are trapped in the same suffocating, outdated model of masculinity, where manhood is measured in strength, where there is no way to be vulnerable without being emasculated, where manliness is about having power over others. They are trapped, and they don’t even have the language to talk about how they feel about being trapped, because the language that exists to discuss the full range of human emotion is still viewed as sensitive and feminine."

"Let's cherish the vulnerabilities of men," Chastain wrote in her tweet. "Their lives depend on it."

If you need help, don't hesitate to reach out and get it. Call the National Suicide Prevention Lifeline at 1-800-273-8255, or learn more here.