John Oliver explains why the IRS is like your anus.

It's a gross analogy that actually makes a ton of sense. 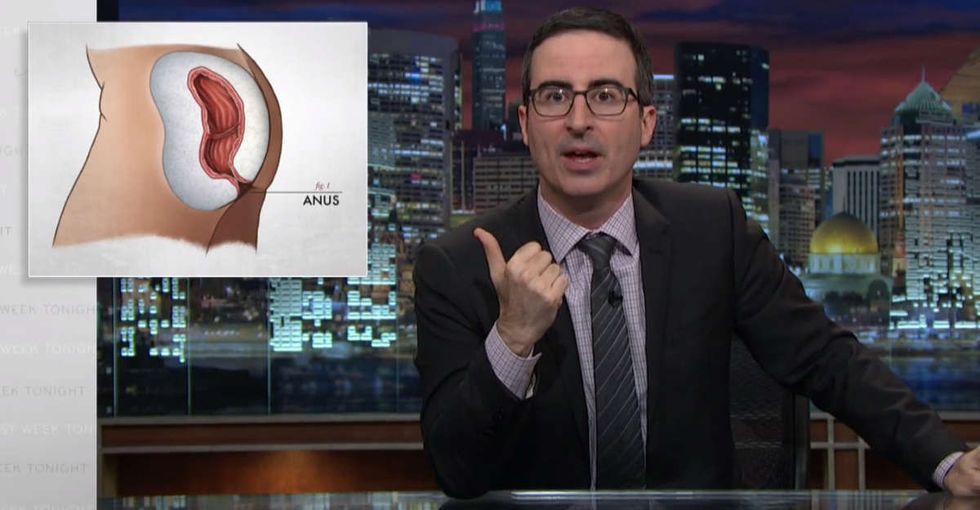 John Oliver is right — it's easy to blame the IRS for the frustrations of tax season.

But the things that are probably stressing you out are actually not their fault.

Like any government agency, the IRS doesn't make its own rules; it's just enforcing the tax law the way Congress wrote it. And the fact that we link the IRS and the tax code in our minds probably has more to do with the legacy of partisan political battles of the '90s than anything else.

And, if you hate the long lines and hold times, you should want the IRS to have more funding, not less.

And, while having more money in your pocket is undoubtedly more pleasant than having less, having — you know — nicely paved roads and a military and fire departments to throw water on your house when it's engulfed in flames is also pretty nice.

If you're tearing out your hair trying to figure out how to file your taxes, that's Congress' fault, not the IRS's. Because, unfortunately, if want our country to — you know — work, we really, really, really need the IRS.