Justin Trudeau is marching in a pride parade. Yeah, it's a big deal.

If you're a fan of human rights, you probably like Justin Trudeau. 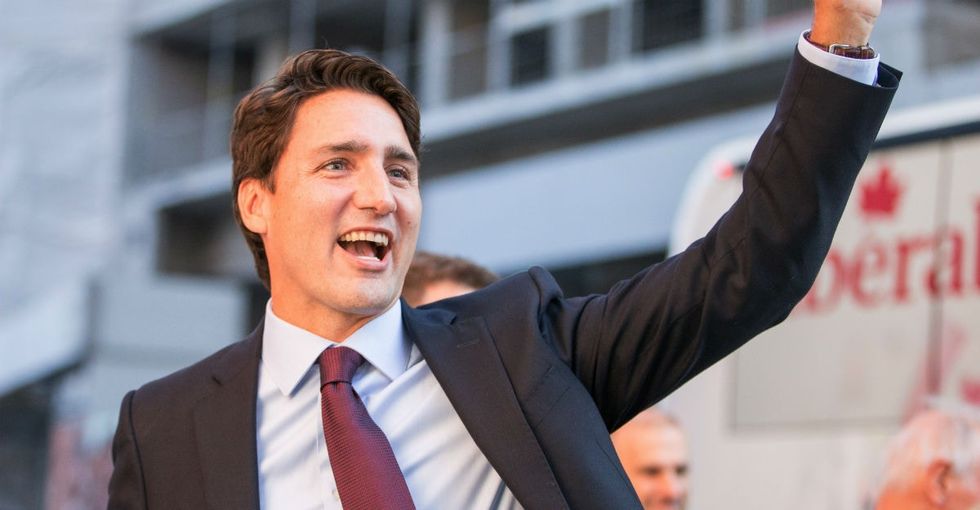 This week, Canadian Prime Minister Justin Trudeau made an unprecedented move when it comes to LGBT rights and visibility.

If you're someone who's paid close attention to his record on LGBT issues, the news likely isn't all that surprising. It might not seem like it's that big of a deal, but it's still historic.

Trudeau will be Canada's first prime minister to march in Toronto's Pride Parade.

Trudeau — who's in favor of expanding protections for transgender Canadians and is seeking to end the outdated, homophobic barriers that prevent gay men from donating blood — is "very much look[ing] forward to being there again, this time as PM," he tweeted on Feb. 22, 2016.

If you're a big fan of social progress, you're probably a fan of Trudeau.

Of course, he hasn't been without his fair share of criticism throughout the years — like when he got called out for flip-flopping on gun laws or, more recently, caught flak from some political opponents for using taxpayer funds to pay family nannies (a move he defended).

By and large, however, Trudeau has been heralded as a leader moving Canada forward on human rights and equality.

Like when he appointed women to half his cabinet because, well, "it's 2015," as he put it.

Or when he called on more men to embrace the term "feminist."

GIF via the World Economic Forum.

And remember that time he welcomed Syrian refugees to Canada with open arms?

Yeah, that was great too.

He's also been an advocate for mending Canada's divisive relationship with its indigenous peoples and he made sure that his gender-equal cabinet was ethnically diverse as well.

Trudeau's decision to march may not seem like a very big deal in a country often seen as America's more liberal friend to the north.

But it is — even for Canada. Because pride parades aren't just about rainbow flags and colorful floats. They're symbolic of a community embracing its queer brothers and sisters as one. To have a world leader fully embracing that idea is history worth remembering.