The reality star makes an excellent point about body-shaming. 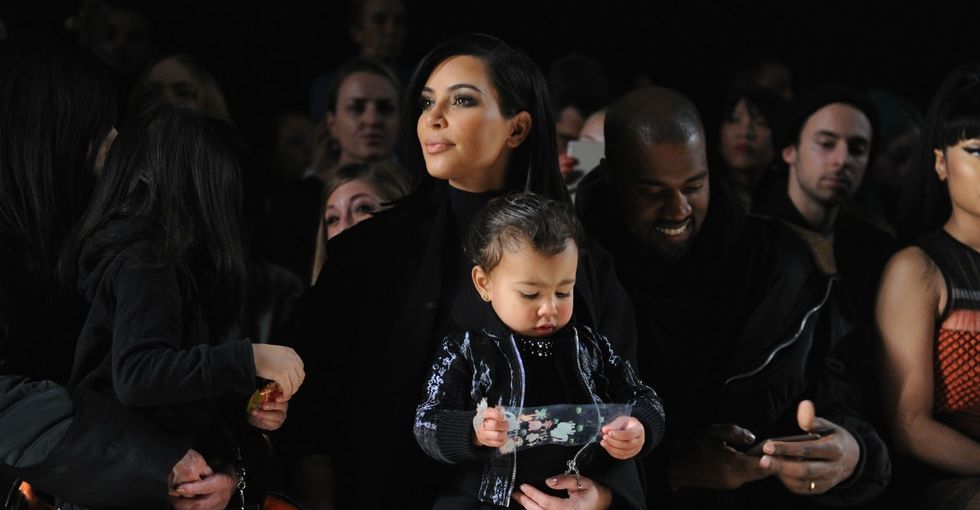 Chances are, you feel some sort of way about Kim Kardashian.

She's built a career on snapping selfies, starring in reality TV, and blanketing the home pages of tabloid websites. She's not everyone's cup of tea, and hey — that's perfectly fine.

But even if you're not a fan, you should probably read the open letter she published March 7, 2016, on her website in honor of International Women's Day.

Because the essay makes some excellent points about how we view women and their bodies — especially given the news surrounding her social media presence.

And the photo caused quite the (unfortunate) stir.

Many people on social media — including celebrities like Piers Morgan, Bette Midler, and Chloë Grace Moretz — decided to chime in on the image to let Kardashian know they were not thrilled. And all it takes is one glance at the more than 341,000 comments left on the photo to spot the consistent theme of many of the criticisms directed at Kardashian because of her decision to share a nude photo:

Slut-shaming. It's alive and well on the Internet, folks.

Degrading Kardashian for choosing to share an image of her own body is sort of messed up. Why? "Embarrassing, insulting or otherwise denigrating a girl or woman for her real or extrapolated sexual behavior" is never good for any woman, as writer Soraya Chemaly once put it. And that includes Kim K.

It's an issue the reality star took head on in her essay.

Kardashian defended her decision to share the photo, saying that for her, her body is a source of strength and empowerment.

"I am empowered by my body," she wrote.

"I feel so lucky to have grown up surrounded by strong, driven, independent women. The life lessons I’ve learned from my sisters, my mother, and my grandmother, I will pass along to my daughter. I want her to be proud of who she is. I want her to be comfortable in her body. I don’t want her to grow up in a world where she is made to feel less-than for embracing everything it means to be a woman."

"It’s 2016," Kardashian concluded. "The body-shaming and slut-shaming — it’s like, enough is enough. I will not live my life dictated by the issues you have with my sexuality. You be you and let me be me."

Kardashian closed the letter with the hashtag #HappyInternationalWomensDay.

You can read it in its entirety on her website.

Fortunately, plenty of stars stood by Kardashian's decision to do whatever she wants with her body (and Instagram account).

And actor and model Emily Ratajkowski, who said it like it is.

And model Chrissy Teigen cracked a joke about the whole situation in support of her friend.

Actor (and all around amazing human) Rowan Blanchard also stood up for the reality star.

"Why are feminists mad at Kim K [for] consensually posting a pic of her own body," Blanchard tweeted, noting that women should use the power of the selfie in whatever way they choose. “Nonconsensual nudes of women are leaked all the time by abusers and [you] are mad at a woman being proud of and happy with her own body?"

Slut-shaming harms girls and women in many ways. And Kardashian deserves a thumbs up for getting it right this time around.

Slut-shaming hinders gender equality in many ways — even when it's subtle. It sets double standards between men and women when it comes to sexual liberation (because who wants to be that girl, who's known for sleeping with half the class?). It contributes to rape culture (because if a girl was asking for it by the way she dresses, then it's sort of her fault, too, huh?). And it welcomes adolescence bullying (because it's OK to judge the girl who wears too much makeup or wears the wrong clothes, right?).

Kardashian is by no means the perfect feminist (and really, no one is), and she's definitely not always on the right side of the body-positivity train (her comments about her brother's weight gain, for example). But this time, she really put the patriarchy in its place.

GIF via "Keeping Up With the Kardashians."