Leslie Jones had the best Emmys moment when she refused to let Twitter haters shame her.

The 'Ghostbusters' star had a majorly memorable moment at the Emmys. 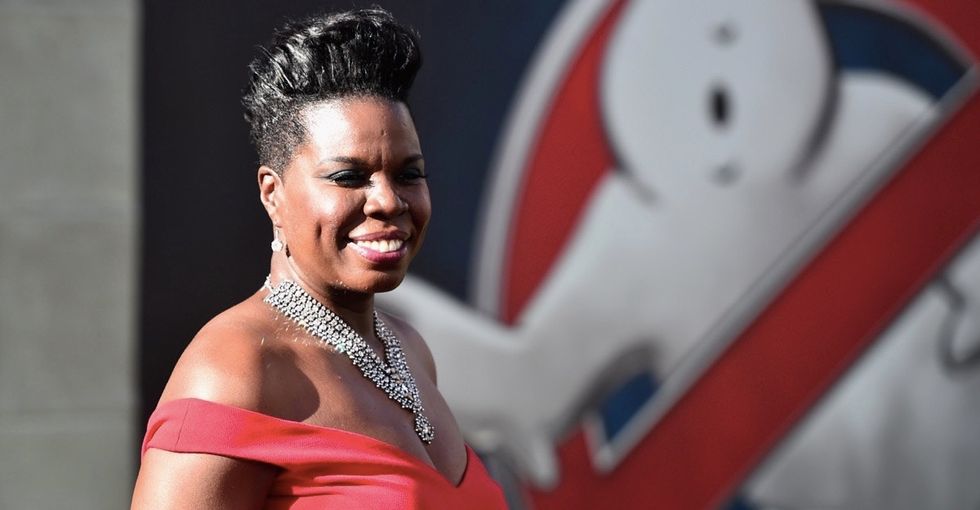 It's usually one of the more forgettable moments in any awards broadcast: the segment when accountants explain how they've tabulated the votes.

If you've watched a televised awards show anytime in the last couple of decades, you probably know the moment I'm talking about. The accountants come out on stage for a few minutes. Then they talk about how they've tabulated the votes and kept the info safe.

Sometimes, the show's producers will try to incorporate a little skit into the segment (this doesn't always work out so great).

But at this year's Emmy awards, they absolutely nailed the accountant moment.

In fact, it was downright memorable.

When three representatives from accounting firm Ernst and Young took the stage on Sunday night, they were joined by our favorite buster of ghosts, Leslie Jones.

The accountants ran through what they do to protect the Emmys data, but then Jones jumped in with a really valid point: Is anybody actually trying to steal the Emmy results? Probably not.

Jones asked because she knows a thing or two about stolen information. In fact, she recently became the latest in a long line of actresses to have private photos stolen and published online.

At the end of the segment, she jokingly asked the team to help her keep tabs on her Twitter account, where she's been famously attacked by internet trolls day in and day out.

The sketch was a brilliant and much needed commentary about privacy.

After all, there's really no difference between stealing what Ernst and Young is protecting (which would be wrong) and stealing photos from Leslie Jones (also wrong).

But when Jones brought this up, she revealed a double standard: One of the more common responses to stories about women having nude photos stolen and posted online tends to be some suggestion that the victims (yes, victims) of this breach are somehow responsible for what happened to them.

So why do we prioritize protecting Emmys votes but shame people when their personal information is leaked?

It's a good question.

If Jones wants to take private photos for herself or for someone else, that's up to her. But to shame her for that isn't fair, and she's not shy about making sure the world knows just how she feels.

As she said in the segment, she just wanted to feel beautiful. And I say, do what you've got to do, Leslie!

Watch the video below: