Like a modern-day Mr. Rogers, legendary sportscaster Vin Scully shared some encouraging words during the pandemic 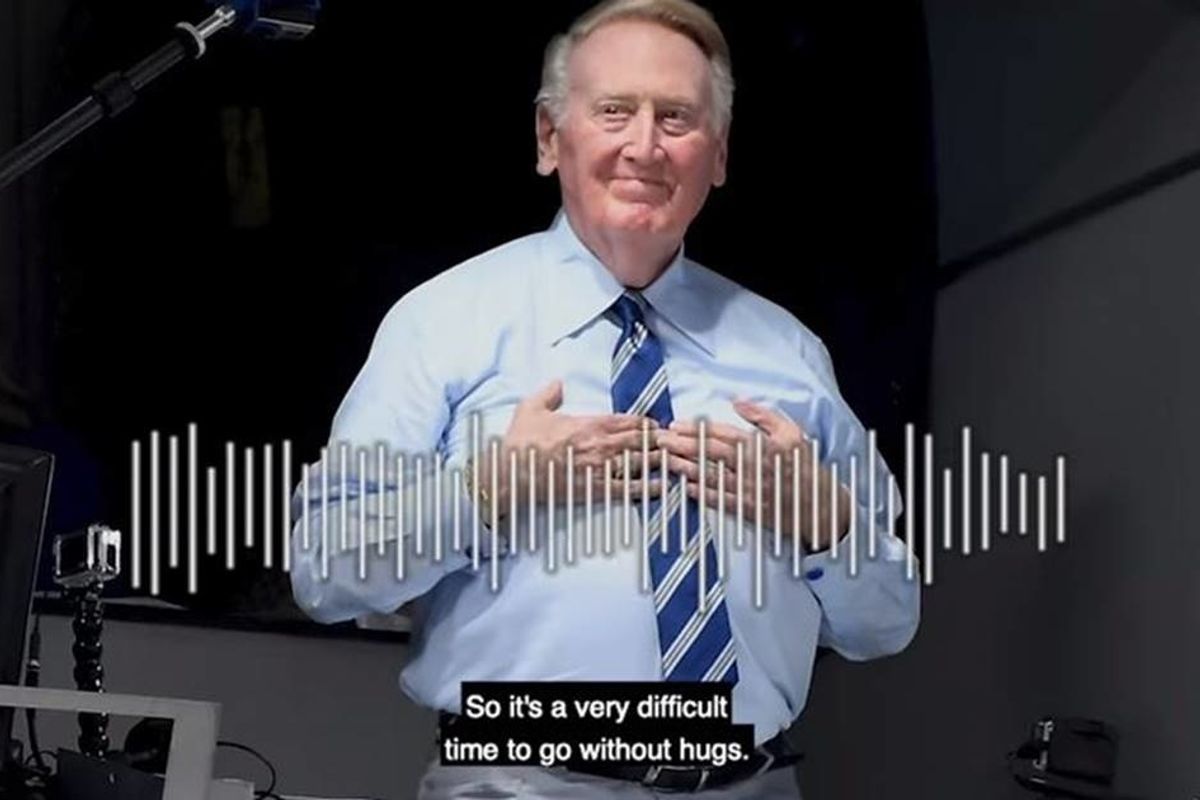 In his 67 years as the play-by-play announcer for the Brooklyn / Los Angeles Dodgers, Vin Scully, 92, was known for his poetic turn-of-phrase in the broadcaster booth. He has a special knack for weaving in historical anecdotes and folksy wisdom in between balls and strikes.

Scully is not only revered for being the greatest baseball announcer ever, but he's also grandfatherly figure to the countless people who've grown up listening to his soothing voice that's synonymous with summer days.

To help soothe his soul and that of his readers, Los Angeles Times sports columnist Bill Plaschke called Scully to get his perspective on the coronavirus.

"He reminds us that this country has endured and triumphed over great troubles," Plaschke wrote. "He knows from personal experience. Born in 1927 and growing up during the Great Depression, he has been part of that journey."

Scully picked up the phone.

Scully compared the moment we're living in to others he's experienced over his long life.

"From depths of depression we fought our way through World War II, and if we can do that, we can certainly fight through this. I remember how happy and relieved and thrilled everybody was," Scully said.

"It's the life of the world, the ups and downs, this is a down, we're going to have to realistically accept it at what it is and we'll get out of it, that's all there is to it, we will definitely get out of it," he continued.

The eternal optimist, he prefers to focus on the positive side of things.

"A lot of people will look at it, it might bring them closer to their faith, they might pray a little harder, a little longer, there might be other good things to come out of it," he said.

"And certainly, I think people are especially jumping at the opportunity to help each other, I believe that's true, so that's kind of heartwarming, with all of it, it brings out some goodness in people, and that's terrific, that's terrific," he added.

But he still misses being close with his family during these hard times. "It's a very difficult time to go without hugs," he said.

But Scully looks forward to the future when all of this is behind us and the boys of summer can once again throw on their caps and run onto the field at Dodger Stadium.

"That will be so wonderful," he says, "that will be a rainbow after the storm, that, yeah, things are going to get better."

Although he's been retired for the past three seasons, there's no doubt Scully will be there for opening day, letting everyone know that "It's time for Dodgers baseball," once again.