'Mad Men' is a feminist powerhouse, even if some people don't see it that way.

It's amazing what has — and hasn't — changed since the "Mad Men" era. 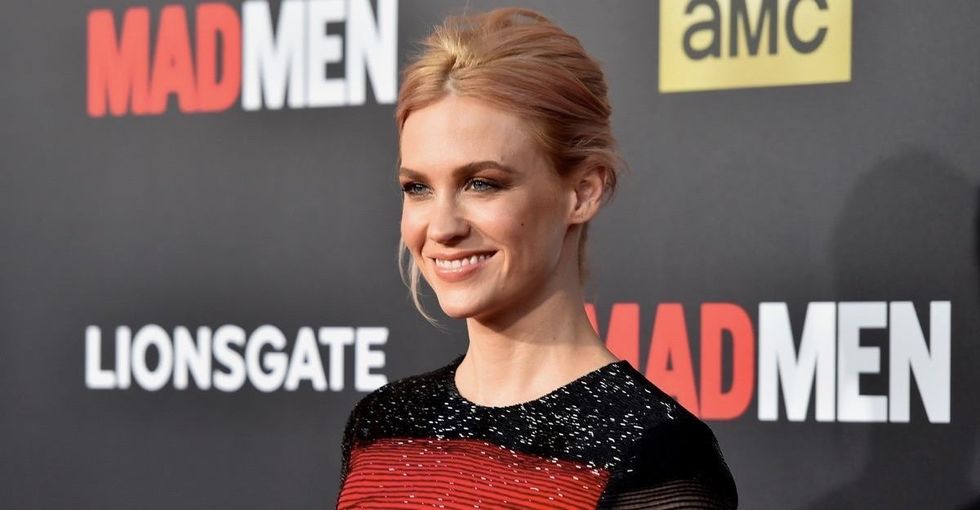 Since its first season, people have debated whether "Mad Men" is a feminist show.

They've argued just about every possible position on the matter. Some aren't fans, while others have claimed that it's actually "the most feminist show on television."

According to show creator Matthew Weiner, however, it's absolutely supposed to be a feminist show.

As he's done on a number of occasions, he again chalked up the feminist interpretation of "Mad Men" as the product of his upbringing.

"I have a powerful mother, I have two professional older sisters, I have a professional, powerful wife, and there have always been a lot of women in authority on the show. My mother was what they called a women's libber. I knew who Betty Friedan was, I knew who Gloria Steinem was, I knew who Bella Abzug was, I knew who Simone de Beauvoir was, and then intellectually in college, feminism was the most prominent idea."
— Matthew Weiner, L.A. Times, April 5, 2015

And he was interviewed by his older sister Allison Hope Weiner for her show on TheLipTV.

You can watch the full interview here:

So why do some people struggle to see the feminist ideology Weiner himself has tried to inject here?
For one: the era.

Set in the 1960s, "Mad Men" portrays a world where sexism runs wild, where women are expected to care for the home and children, and where the very idea of questioning a man is seen as a radical act.

It'd be really easy to brush it off as being clueless and sexist, but if you look deeper, you see that the women of the show — specifically Joan (Christina Hendricks), Betty (January Jones), and Peggy (Elisabeth Moss) — face and overcome the challenges of their environment.

Are the characters accidental feminists? Maybe! Still, these three women represent what feminism is all about: pursuing goals despite their environment.

Not all activism comes in the form of marches and protests. Sometimes, just speaking up for yourself is a radical act. The women of "Mad Men" take on challenges in both personal and professional settings that involve pushing back on social norms — climbing the corporate ladder, gathering the courage to leave an unhealthy relationship, or parenting as a single mother — these are the seeds that spark social change.

"Mad Men" represents not just how far feminism has come, but how much further it has to go.

It's a period piece that didn't pull punches. It laid out exactly how bad things were for women. Now, we look at that culture with shock, but back then it was the norm.

We have to wonder how we'll look back on the present 50 years from now.

Welcometoterranova's own Elisa Kreisinger made a mash-up featuring the women of "Mad Men" singing along to 1966 feminist anthem "You Keep Me Hangin' On" by The Supremes: