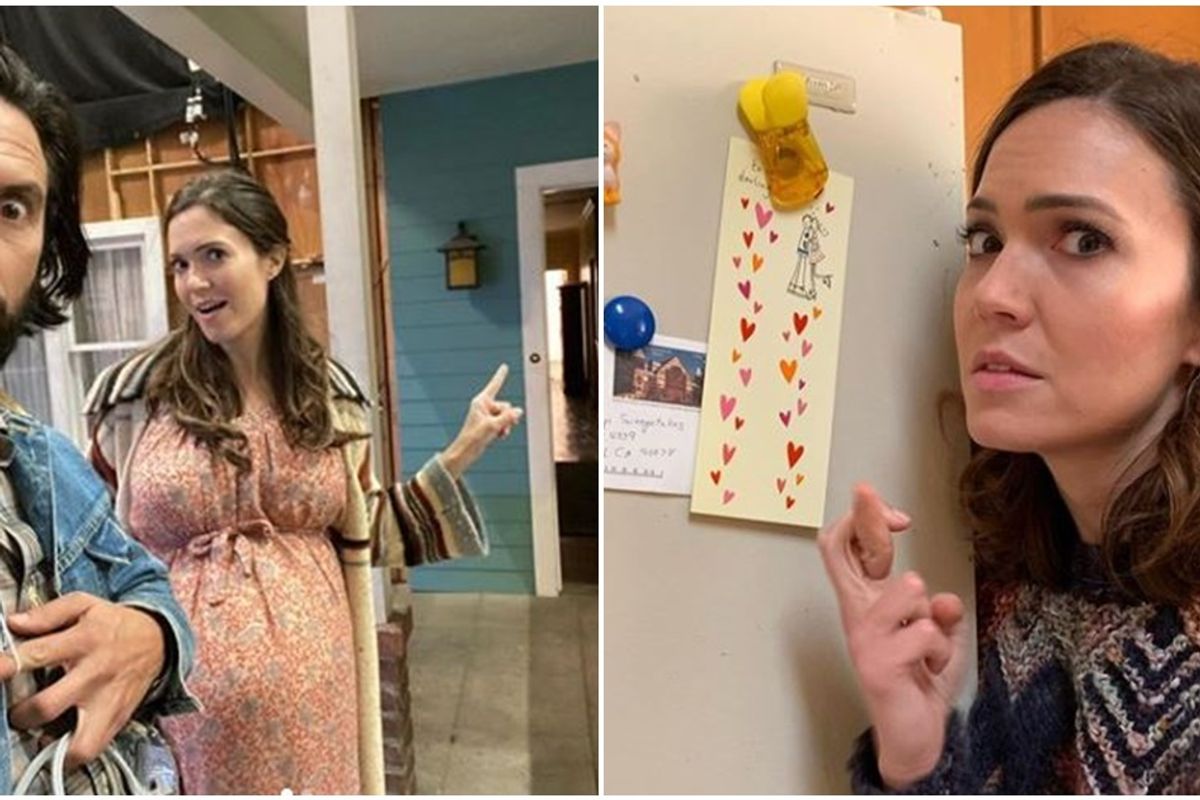 Given the unique time frame in which NBC's hit family drama "This Is Us" takes place, actor Mandy Moore has been able to explore the various stages of life as a mother.

Moore is now in her fifth season of playing Rebecca Pearson, the mother of the "Big Three," Kevin, Kate, and Randall Pearson on the show. With the use of clever makeup, viewers have witnessed most of Rebecca's life from being a teenager to her final moments on her death bed.

We've also seen her journey as a mother from being pregnant with twins to raising three teenagers. The show also touches upon the final stages of the character's life when her children are forced to care for her as she battles dementia.

Now that Moore is pregnant for the first time at 36, she believes her experience playing Rebecca has taught her more than a few things about being a mother.

Mandy Moore Talks About 'This Is Us' And How She's Getting Ready For Her Baby Boy | TODAY www.youtube.com

"It's funny, I mean having played a sort of matriarch of a family for the last five years and getting to sort of see children at various different chapters and stages, I feel like I'm as pseudo-prepared as I can be," she told Hoda Kotb on Today.

"I've had babies and toddlers and I have adult children, so I've kind of gotten a pretty good taste and lay of the land."

Even though she's learned a lot by playing Rebecca, she's totally open to parenting advice. Although, she's going to get plenty of it whether she wants it or not. "Everyone wants to give you unsolicited advice," she said. "I'm all for it. I will welcome anything because I know nothing."

Moore is excited to raise a child with her husband, Taylor Goldsmith, so they can share their passion for music with the next generation.

"My husband is a musician, and so the idea of being able to have music be this throughline in his life is really exciting — to be able to bring him on the road with us is an exciting prospect," she said.

Goldsmith is a singer-songwriter who's the guitarist, and chief songwriter of American folk-rock band Dawes.

"This Is Us" is still filming its fifth season and Moore says she's not exactly sure how they're going to hide her pregnancy from the cameras but is glad it's not her responsibility.

"Very conspicuous costumes, I guess, to hide stuff," she said. "I'm sure you'll see Rebecca carrying a lot of laundry baskets and oversized purses, god knows what, for the next couple of months."

"I've also heard that they can sort of go in and digitally change things, if need be, but I'm guessing it'll be a lot more shots of sort of less full body, probably just like what we're seeing today," she said. "Chest up."

If Moore follows the lead of her character, she should so well as a mother. Rebecca once explained the job of a parent mother to her daughter, Kate, and it's something any parent will understand.

"It's my job to keep standing there with my arms wide open, waiting for you to maybe someday fall inside if you needed it," she told Kate. "And if you do, I'll love you. And if you don't, I'll love you, too — because that's what it means to be a parent. You'll see one day."

From Your Site Articles
Related Articles Around the Web
pop culture