Meet the Internet's most powerful warrior against ageism: Baddie Winkle.

Her bio reads: "Stealing your man since 1928." And that's just the beginning. 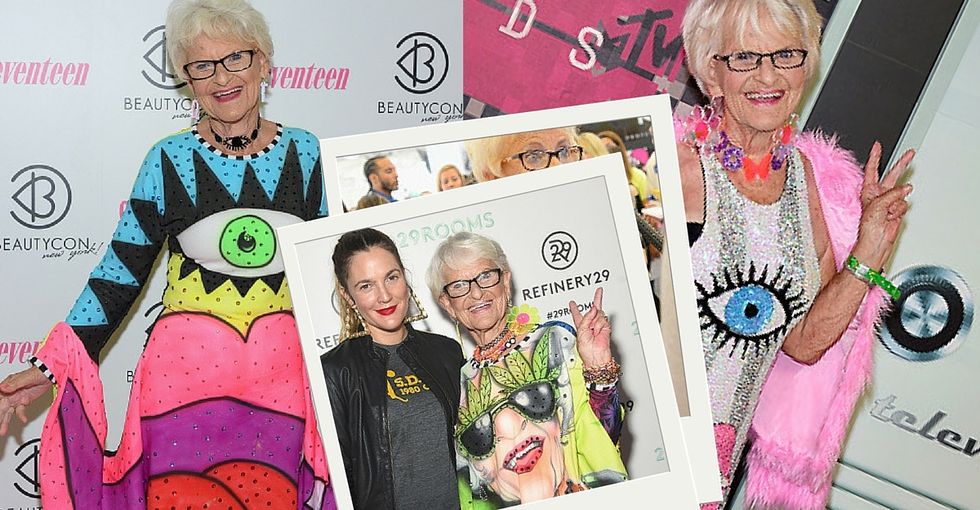 And thank heaven for that.

It all started with her great-granddaughter, Kennedy, who introduced Baddie to social media.

"Kennedy is responsible for all of this. Kennedy and I have a lot of fun together. We're very close ... she's my stylist. She helps me out a lot.

Baddie and her great granddaughter Kennedy <3

"One day, I was laying out in the sun, and I put on some tie-dyed shirt and a pair of cutoff shorts of my [great-] granddaughter Kennedy's. She came home and said, 'Oh, Granny, you look so cute! Let me take a pic of you.'"

And the rest was history!

Even Miley is a fan.

The Internet was. in. love.

And can you blame us?

Older people, like all human beings who fit into a certain category, are not all the same!

Grandmas can be this if they want.

Or they can be this!

She's rocking bright colors and she's being herself.

Baddie — in all her tie-dyed, 19-year-old-great-granddaughter-collaborating glory — is so great. And at times ... especially when she's poking fun at the way the media typically shows older people ... hilarious.

Just by having a good time and hangin' with her family, she's forcing many of us to reconsider what's "acceptable" ... not just for older folks, but for ourselves.

She's not acting like anything but herself. She loves dressing up, working with her great-granddaughter, and being a role model.

And she doesn't have time for haters.

She's too busy being her.

True individuals come in every age.

"You're only here once in your lifetime, so have fun."

Who's ready to call their grandma?