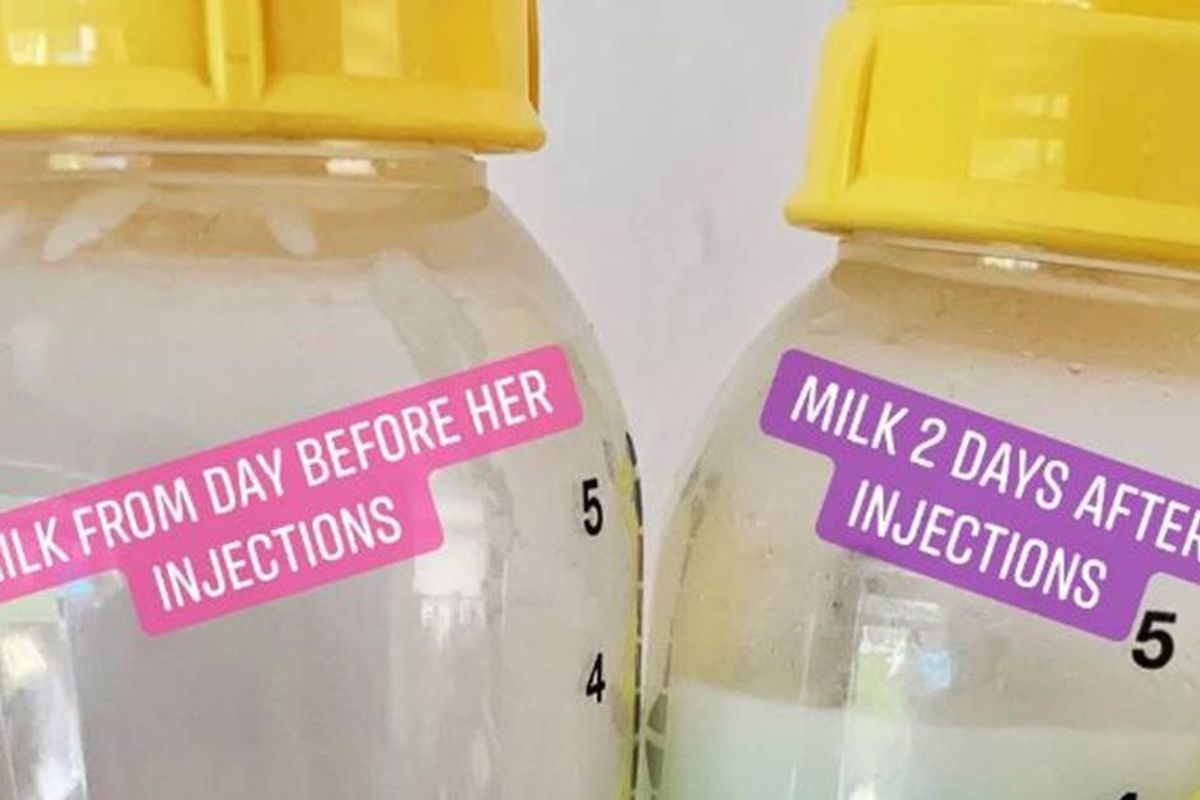 "When she feeds her saliva sends signals to my body to produce more milk with illness specific antibodies!" she added.

According to researchers, Fisher's hypothesis is correct. A mother's body can detect if a child is sick through breastfeeding and then pass on antibodies that will help immunize the child through her breast milk.

In 2015, Katie Hinde, PhD, a biologist and associate professor at the Center for Evolution and Medicine at the School of Human Evolution & Social Change at Arizona State University, explained the phenomenon to journalist Leslie Goldma of Mom.me.

"There, it is believed that mammary gland receptors interpret the 'baby spit backwash' for bacteria and viruses and, if they detect something amiss (i.e. the baby is sick or fighting off an infection), her body will actually change the milk's immunological composition," Hinde said.

"Putting this all together, some scientists hypothesize that this could be one of the ways babies let mums 'know' about their condition and mums respond with infection-fighting antibodies," she continued.

Fisher's post shows the amazing power of mothers, babies, vaccinations, and breast milk and how they all come together to create healthy children.

However, the post received a backlash from anti-vaxxers who have a hard time grasping the overwhelming scientific evidence that vaccines are safe. In fact, a 2019 study of over 650,00 children concluded that the MMR vaccine doesn't cause autism.

Fisher had some strong words for the anti-vaxxers who claimed she was harming her child. She says the "whole point of vaccinations" is to cause your body to "make antibodies and 'heal' itself."

"Don't come on my post preaching about not having vaccinations and them been poisonous," she wrote. "I hope your child(ren) never becomes ill with anything serious or doesn't pass it on to a poor baby waiting to have their immunisations because you don't believe in vaccinations!"