Muhammad Ali's 'mama, how come everything is white?' interview sounds as relevant as ever 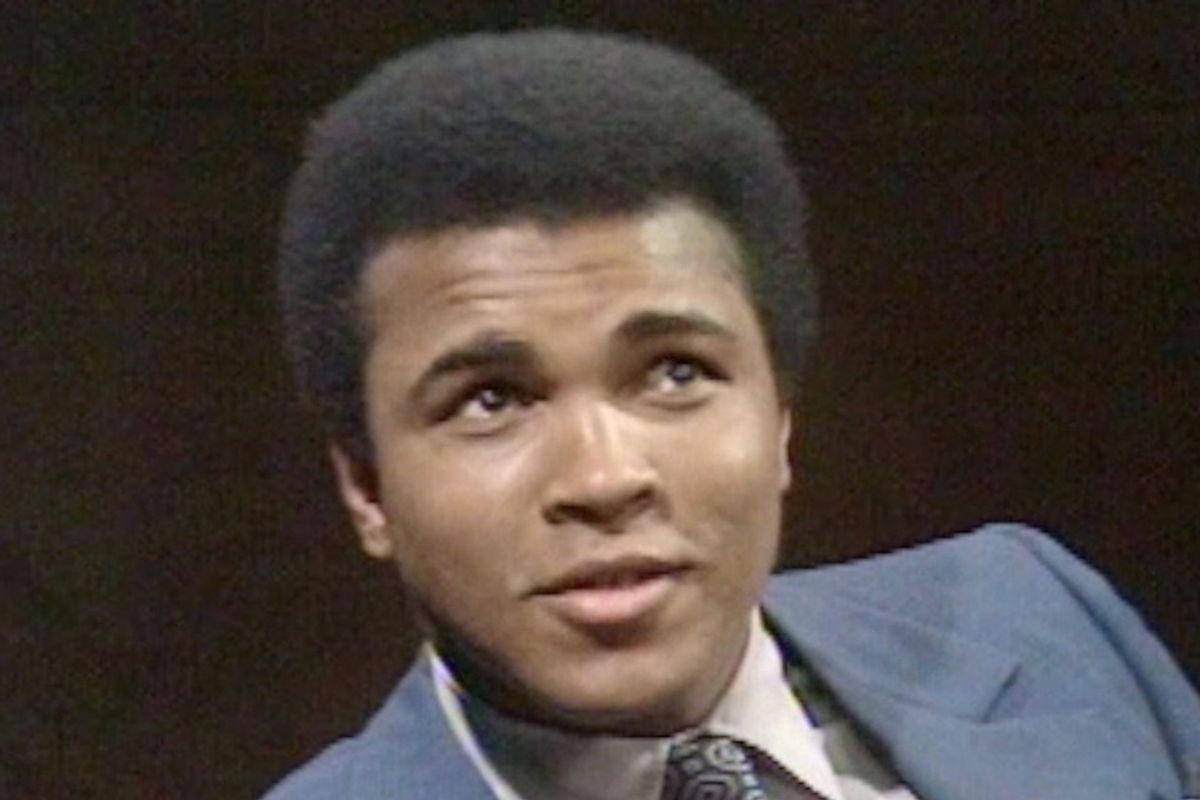 It is safe to say that the wise words of Muhammad Ali stands the test of time. Widely considered to be the greatest heavyweight boxer the world has ever seen, the legacy of Ali extends far beyond his pugilistic endeavors. Throughout his career, he spoke out about racial issues and injustices. The brash Mohammed Ali (or who we once knew as Cassius Clay) was always on point with his charismatic rhetoric— despite being considered arrogant at times. Even so, he had a perspective that was difficult to argue with.

As a massive boxing fan—and a huge Ali fan—I have never seen him more calm and to the point then in this recently posted BBC video from 1971. Although Ali died in 2016, at 74 years old, his courage inside and outside the ring is legendary. In this excerpt, Ali explained to Michael Parkinson about how he used to ask his mother about white representation. Even though the interview is nearly 50 years old, it shows exactly how far we need to come as a country on the issues of racial inclusion and equality.

In this interview, Ali remembered posing the question to his mother: "Why is everything white?" He recalled being curious about Jesus being white. He pontificated as to why all angels were white—why Angel food cake is white while Devils-food cake's the chocolate dessert. He talked about all the products of his time that were labeled "white" like White Swan soap, King White soap and White Cloud tissue paper. Oh, and where does the president live? The White House.

He goes further into why all the celebrated models of the world are white and how beauty is only seen on white women. Miss World and Universe are always white—but why? He knows that women in America have all different types of complexions, shapes and sizes. Why not embrace it? They aren't all Barbie. He goes into Snow White, Santa Claus—noting that everything we view as "great" in this country is—you guessed it—white. In classic Ali style, he rhymes, "Everything bad is Black. The Little Ugly Duckling was the Black duck. And the Black cat was the bad luck. And if I threaten you, I'm gonna blackmail you. I said, 'Mama, why don't they call it 'whitemail?'' They lie too." It's hilarious but sadly true. It wouldn't shock me if Ali made the entire speech on the spot. He's brilliant.

The highlight of the interview has to be when he discusses Tarzan. Ali makes you think: how is it that Tarzan, a white man, is the king of the jungle in Africa? How can he talk to the animals but none of the Black men—who have lived there for centuries—are able to communicate with them?

Ali makes you realize that our country is completely whitewashed and always has been. He hammers home the idea that something is terribly wrong with our society. I can go on about how impactful he is. But, honestly, it would be like writing the lyrics to a Tina Turner song without listening to her music. You just have to experience Ali for yourself. Trust me, it's worth it.