NASCAR's only black driver asked them to ban the Confederate flag. Two days later, they did. 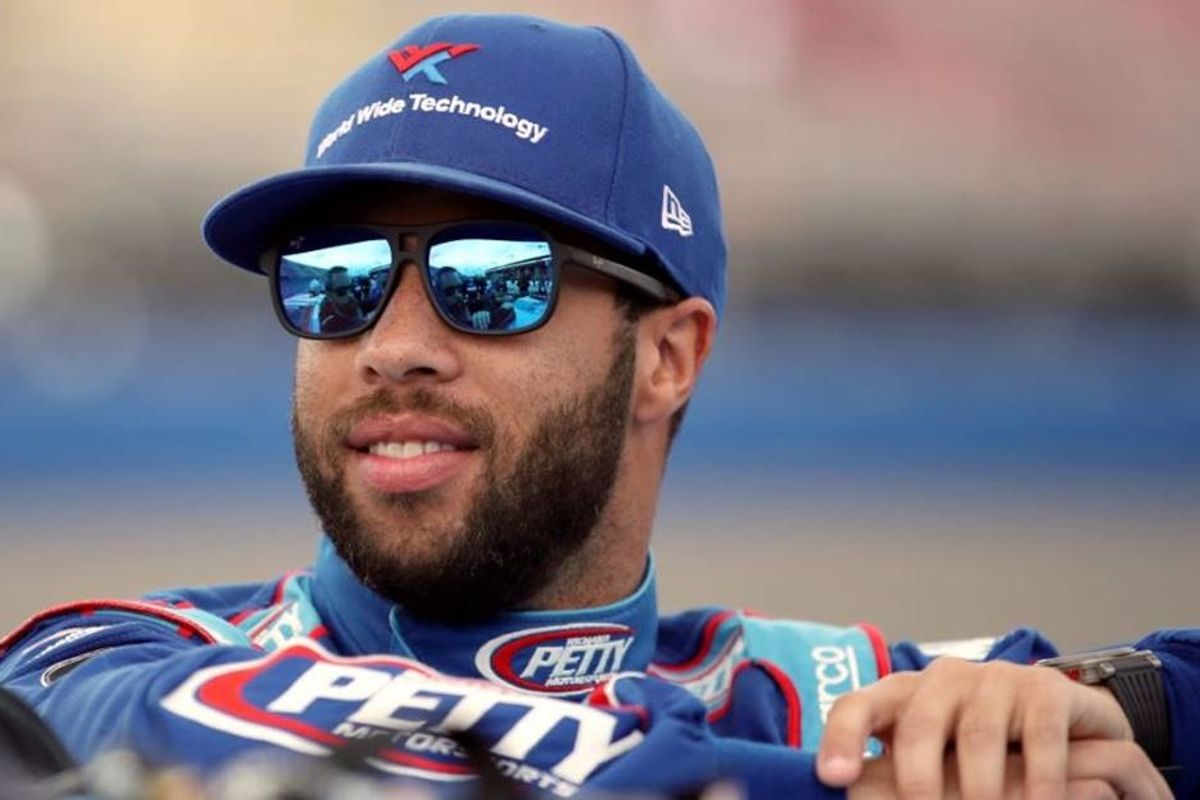 NASCAR's only black driver, Bubba Wallace, told CNN on Monday that the league should ban the Confederate flag. "No one should feel uncomfortable when they come to a NASCAR race," he said. "So it starts with Confederate flags. Get them out of here. They have no place for them."

Wallace drives the No. 43 car with Richard Petty Motorsports.

On Wednesday, NASCAR released a statement saying that it had banned the flag. It's believed that Wallace's statement pushed NASCAR to finally do what it had been considering for years.

"The presence of the Confederate flag at NASCAR events runs contrary to our commitment to providing a welcoming and inclusive environment for all fans, our competitors and our industry," it wrote.

"Bringing people together around a love for racing and the community it creates is what makes fans and sport special, the statement continued, "The display of the Confederate flag will be prohibited from all NASCAR events and properties."

The ban comes a few days after the sport had a dramatic display of solidarity with the black community.

On Sunday, during its pre-race routine at Atlanta Motor Speedway, drivers stopped their cars on the track for a statement by president Steve Phelps who called upon Americans to listen to black people's calls for change after the death of George Floyd.

During the race Wallace wore a shirt that said "I can't breathe" and had "Black Lives Matter" painted on his car.

"Our team brought that idea to me and I jumped all over it," Wallace said according to Sports Illustrated. "Why not dive in straight to the root and put #BlackLivesMatter on the car?"

There is a Black Lives Matter logo on the historic 43 Bubba Wallace car for the NASCAR race tomorrow night in Marti… https://t.co/PioGnzakZH
— Matt Jones (@Matt Jones)1591762667.0

Wallace's stance on the flag and willingness to stand for racial justice in NASCAR is a bold statement, to say the least. NASCAR is a favorite sport among American conservatives in the south and the flag is a familiar site at NASCAR races, dotting the infield atop RVs or being waved by fans in the grandstands.

The 26-year-old Alabama native wasn't always bothered by the sight of the flags but had a chance of heart.

"What I'm chasing is checkered flags and that was kind of my narrative," Wallace said, "but diving more into it and educating myself, people feel uncomfortable with that, people talk about that -- that's the first thing they bring up."

For the past five years, the sport has had an uncomfortable relationship with the flag. It called for fans to stop beginning it to events in 2015 after a after a white supremacist murdered nine black people at a Charleston church in 2015.

But the request did little to limit its presence.

Before Wednesday's race, Wallace said NASCAR made the right call.

"Bravo," he said while clapping. "Props to NASCAR and everybody involved," he said. "There's a lot of emotions on the racetrack and off the racetrack that are riding with us. Tonight is something special. Today has been special. Hats off to NASCAR."