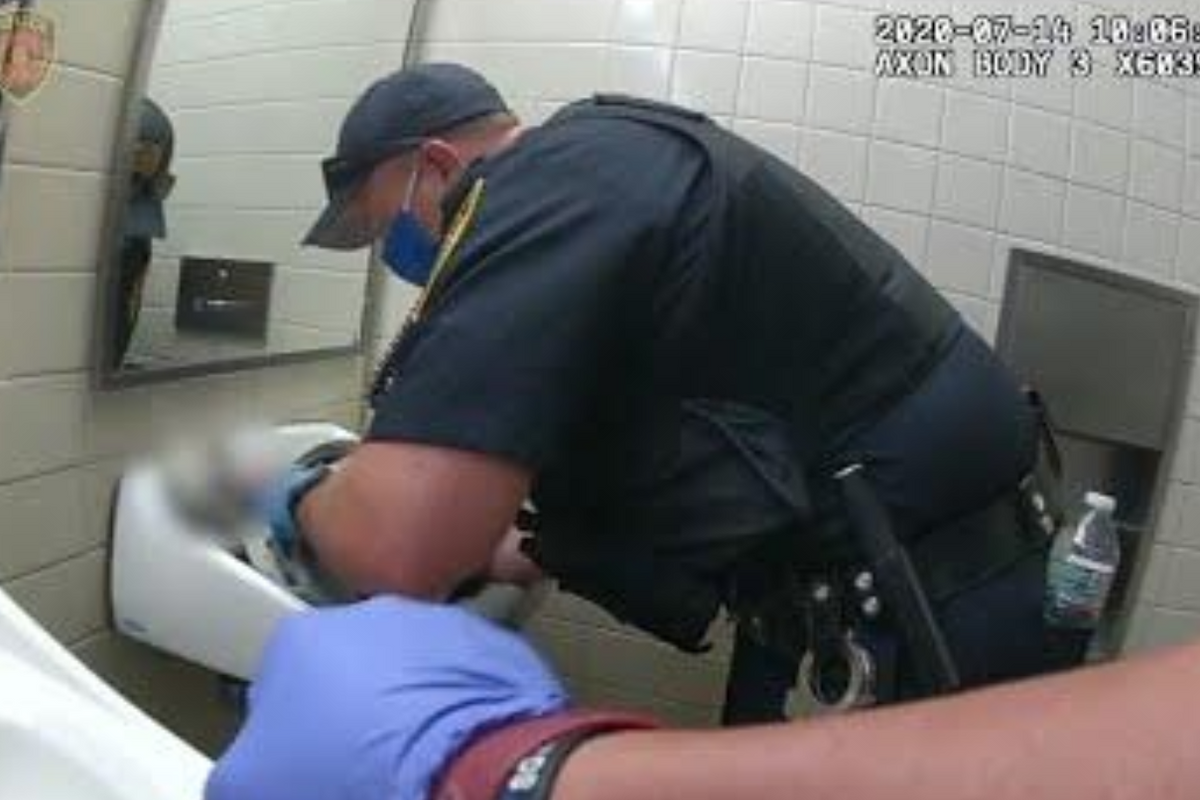 A remarkable rescue was captured on video in Newark Penn Station on Tuesday.

Footage from a NJ Transit Police body camera shows officers Alberto Nunes and Bryan Richards encountering a woman in a bathroom stall in the train station holding a newborn baby. At first you can hear one of the officers saying, "It's not a baby," but it's followed by surprise when they realize that not only was it a baby that the woman appeared to have just given birth to, it was a lifeless shade of gray and was not breathing.

"Working here, you see a lot of things, but expecting a baby in a mother's arms that's a newborn, that's nothing that we would expect," Officer Bryan Richards told WNBC-TV, "I took possession of the baby to do the assessment on it. We didn't know how long the baby was in this world."

Officer Richards, a 10 year EMT, quickly brought the child to the sink and began performing CPR using his fingers to deliver the compressions. It did not take long for him to come to the conclusion that the situation was extremely dire and that they could not wait for the paramedics.

The two officers can be seen running to a police car with the infant wrapped in a blanket. As officer Nunes rushed to the hospital, Richards continued the compressions. And then about a minute before they arrived, the child started to show signs of life. Richards can be heard encouraging the baby saying "good girl."

"We just knew what we had to do: Get the baby and (Richards) to the hospital, and that's what we did," Nunes said. "I was so happy, so excited that I heard the baby crying, because that meant the baby was breathing."

Richards added, "It's already high stress, high adrenaline, but once I had the baby crying, it was a big sigh of relief. A happy moment that the baby was crying, and everything we were doing was helping."

The child is currently under evaluation with her mother at University Hospital in Newark, NJ, and is expected to survive.

From Your Site Articles
Related Articles Around the Web
everyday heroes