Nothing could stop this British woman, and her bad knee, from hiking 318 miles in 6 days 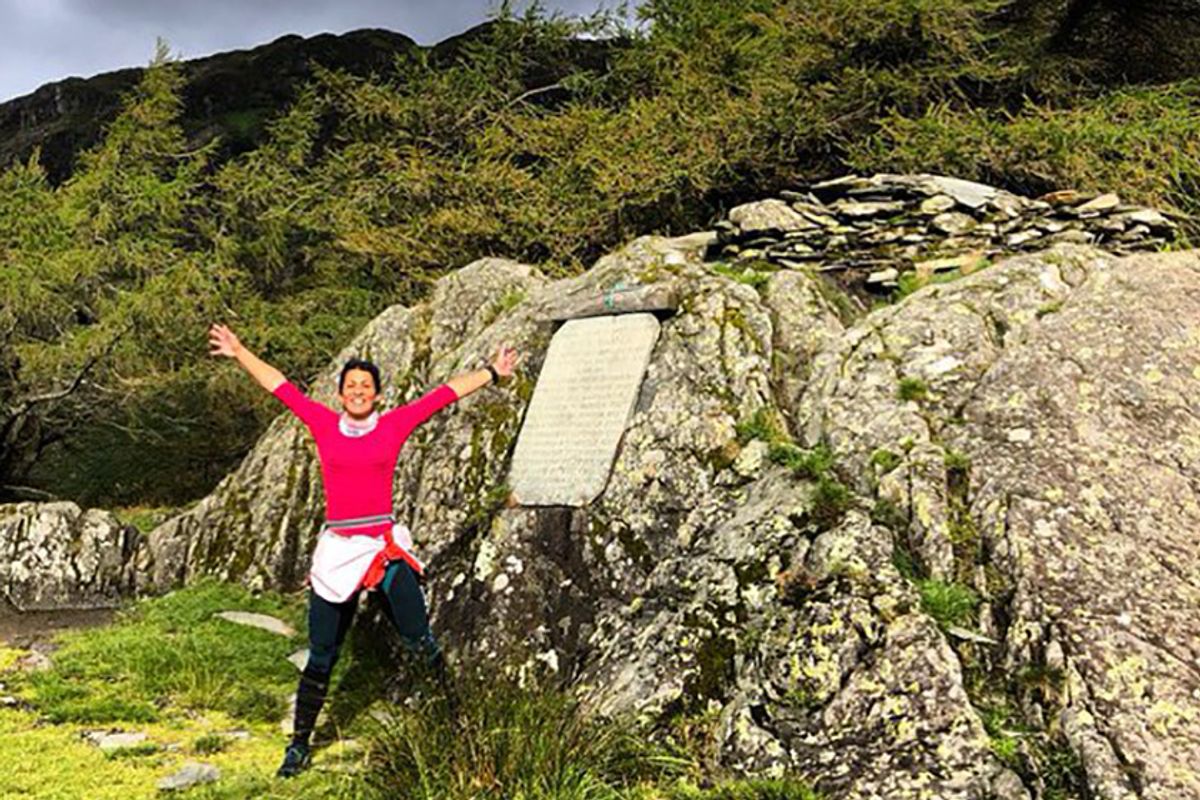 In a year where Major League Baseball has been delayed, the 2020 Olympics have been postponed, and the NBA season has been moved to something called a "bubble," a new sport has emerged as the ultimate athletic challenge in our COVID-19 world, at least for one British woman.

"Peak bagging" is an activity where hikers, mountaineers, and sometimes runners attempt to reach the summit of every mountaintop in a published list of peaks, and Sabrina Verjee, a British ultra runner, has just become the first woman to complete the 318 mile route through the 214 English peaks known as the "Wainwrights." Oh, and she did it with a bum knee.

The 39-year-old veterinary surgeon ascended over 35,000 meters on her run, completing the trek in just 6 days, 17 hours and 51 minutes, just eleven hours short of the record, which was broken last year. She completed the race on July 12th, after beginning it on the 6th, and plans to do it again in the near future. When she finished there were two previous Wainwright record holders, Joss Naylor and Steve Birkinshaw, waiting to congratulate her at the finish line.

"I'm so happy to have completed my round and more than a little relieved. My right knee hasn't been happy for a couple of days, so the final sections were very tough, especially as the fatigue really started to kick in," Verjee said in an interview.

Sabrina has finished the Wainwrights in about 6 days 18 hours. 3rd fastest ever and first women. What an amazing ac… https://t.co/myw1XJk0Ly
— Steve Birkinshaw (@Steve Birkinshaw)1594588158.0

Sabrina Verjee isn't new to pushing the limits of human endurance, just last year she took fifth place in the Montane Spine Race, a 270-mile ultramarathon through the blistering winter cold across the Pennine Way, an English national trail that runs through Scotland. She was also the first woman to complete the race. Before that, she came in second in the 2017 Berghaus Dragon's Back Race, a Welsh mountain race that boasts ascents adding up to twice the height of Mount Everest. Despite her resume of being, perhaps, the greatest walker alive, Verjee claimed in a Facebook post that she doesn't "claim any record for this achievement," on account of her relying on her support due to a knee injury. She does, however, look forward to completing the challenge again in the future. More than 200 people have responded to the post, praising Verjee for her endurance and humility, and congratulating her for completing the challenge.

Despite being one of the most prominent athletes in her field, Verjee is also a veterinary surgeon based in Ambleside. She had been waiting for the go-ahead from Prime Minister Boris Johnson for British citizens in the pandemic to be allowed to participate in "unlimited exercise." As soon as she got it, she completed the hike, despite having minimal support due to her insistence on taking COVID-19 precautions.

Verjee exhibits perseverance in an unprecedented time of anxiety, uncertainty, and immobility for the world as it faces the current pandemic. By continuing to train throughout quarantine, adjusting her support system to lower risk for potential COVID-19 transferrances and continuing to push through a knee injury that threatened to spoil the whole hike, Verjee proves that global pandemics aren't an excuse for people to stop doing amazing things, as long as they're gone safely, that is.