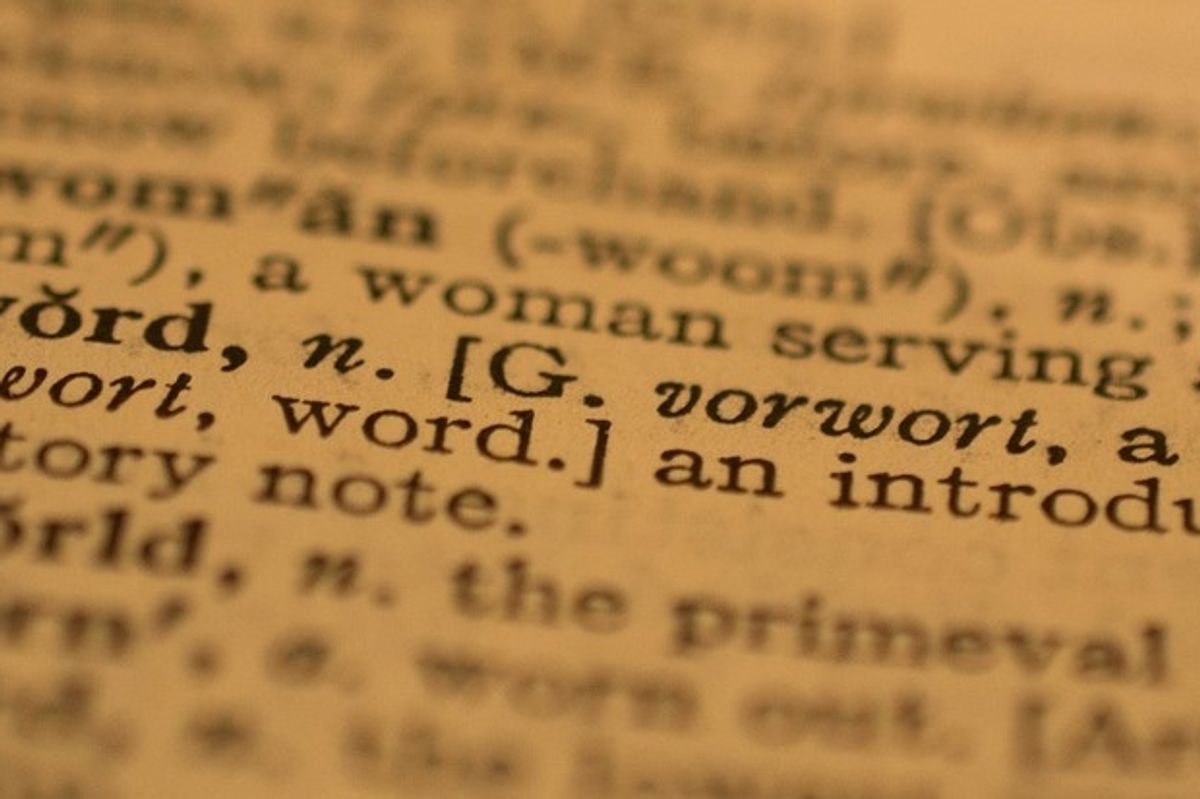 Nobody should call a woman a "bitch" - especially the dictionary. Oxford University Press has finally updated their definition of "woman" to fit in with the 21st century. "We have expanded the dictionary coverage of 'woman' with more examples and idiomatic phrases which depict women in a positive and active manner," OUP said in a statement, per CNN. "We have ensured that offensive synonyms or senses are clearly labelled as such and only included where we have evidence of real world usage." The Oxford Dictionary's definitions show up on search engines like Google, Yahoo, Bing, And Lexico.

The change is the result of a 2019 Change.org petition to update the definition, because it was pretty sexist. The petition was started by London-based communications strategist Maria Beatrice Giovanardi, and received over 30,000 signatures. According to the petition, the Oxford Dictionary contained words that were "sexist" and "show women as sex objects, subordinate, and/or an irritation to men" when talking about women. Giovanardi told The Guardian she feels the campaign achieved 90% of its goals – like getting rid of phrases and definitions that "discriminate and patronize" or "connote men's ownership."

The petition caused the dictionary compliers to undertake an "extensive review" of the entries "for 'woman' and many other related terms." References to gender and words "typically associated with women" (like high-maintenance or housework) were removed. Any references to "sexual attractiveness or activity" were revised. It's like the pressure for women to look good even extended to the dictionary.

There are so many arenas in which women have yet to reach gender parity, but now the dictionary is not one of them. OUP added "equivalent" phrases, such as adding "woman of the moment" to match "man of the moment."

While women shouldn't be defined by their relationship status, OUP also added that a woman can be "a person's wife, girlfriend, or female lover," in addition to a man's. Speaking of man, they also updated their definition for "man," adding the same-gender neutral terminology as used in the updated "woman" def.

One of the major complaints with the old version was that derogatory synonyms for "woman," such as "bitch" and "bint" and "wench" weren't labeled as such. The inclusion of these synonyms without the note that there's anything wrong with them could open the door for harassment. Now, these synonyms are labeled as "derogatory" or "offensive" or "dated."

It's important to think about the words we use, because words have meaning. "The hard truth is that language does matter and does influence society," Giovanardi told Mashable. "We want sexism to be taken as something that not acceptable, [and] not okay."

Ultimately, the change is a reminder that if you stand up and say, "Hey, I don't like it when you think it's okay to call me a bitch," people will eventually listen – even the people in charge of the dictionary.

From Your Site Articles
Related Articles Around the Web
feminism