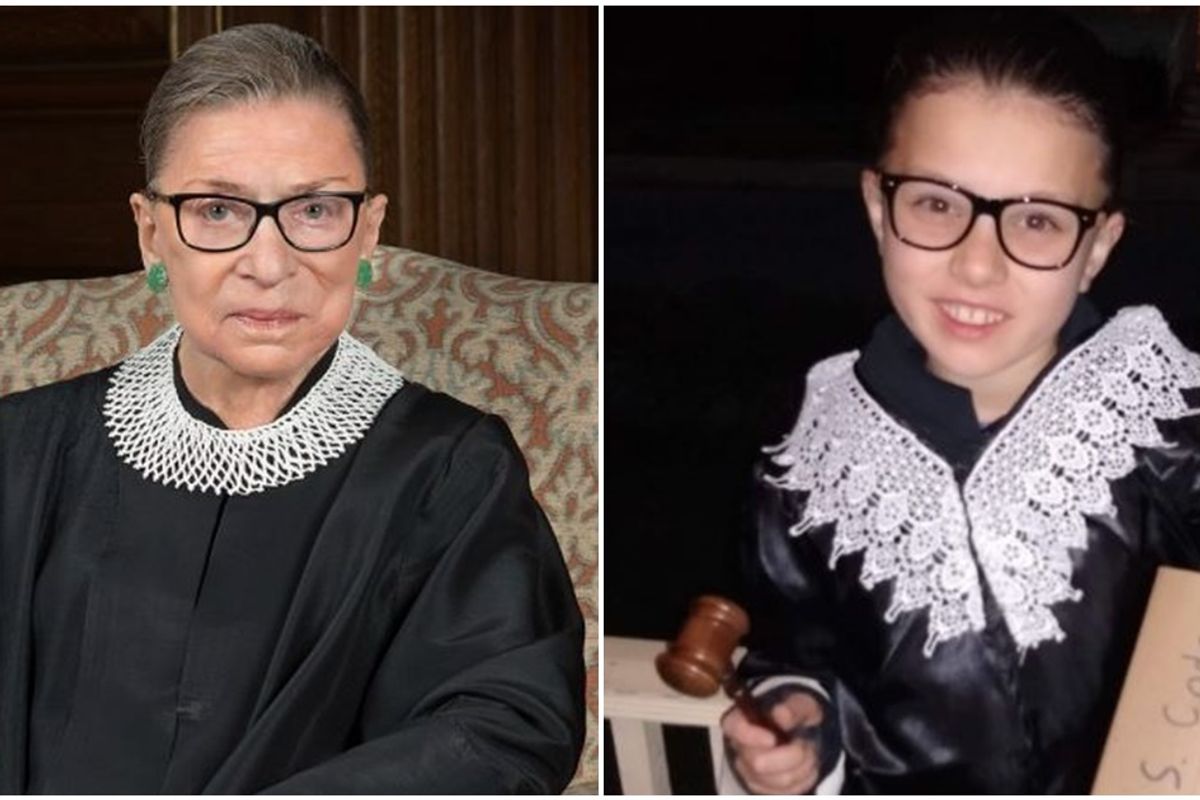 However, Ginsburg's influence extends far beyond those who admired her during the feminist movement of the '70s.

Ginsburg was an inspiration to millions right up to her passing. She resonated with younger groups as a pop culture icon and the subject of countless memes. She was even the subject of several "Saturday Night Live" sketches starring the brilliant Kate McKinnon.

"I think it is absolutely extraordinary that Justice Ginsburg was both a hero to the women of the 1970s and then an icon to the little girls of today," Gluck noted. "She was an amazing teacher and her influence remains with me today and will remain with me forever."

In 2016, Ginsburg was the subject of a children's book, "I Dissent: Ruth Bader Ginsburg Makes Her Mark," by Debbie Levy. The book gave young readers the opportunity to learn about the justice from her childhood to the Supreme Court.

To honor Ginsburg's legacy after her passing, parents have been sharing photos of their daughters dressed as the Justice on social media to show how her legacy won't soon be forgotten.

The "I Dissent" book clearly had a powerful influence on young women.

Ginsburg was a popular subject for young girls to cover in book reports.

Ginsburg has left behind generations of women who aspire to be a Supreme Court justice.

Thank you, Ruth Bader Ginsburg, for inspiring my little girl to aspire to be a Supreme Court Justice when she grows… https://t.co/siTZyNKJsq
— Carrie Goldman (@Carrie Goldman)1600476554.0

RBG is an inspiration even to the youngest of girls.

"Dissents speak to a future age," Ginsburg once said. "It's not simply to say, 'My colleagues are wrong and I would do it this way.' But the greatest dissents do become court opinions and gradually over time their views become the dominant view. So that's the dissenter's hope: that they are writing not for today, but for tomorrow."

Ginsburg was known for her powerful, dissenting opinions and if her long-term goal was to provide a true north for those who came after her, her mission was clearly accomplished. RBG may have thought she had more work to do when she passed, but there's no doubt that it will be achieved by those she's inspired to follow in her footsteps.