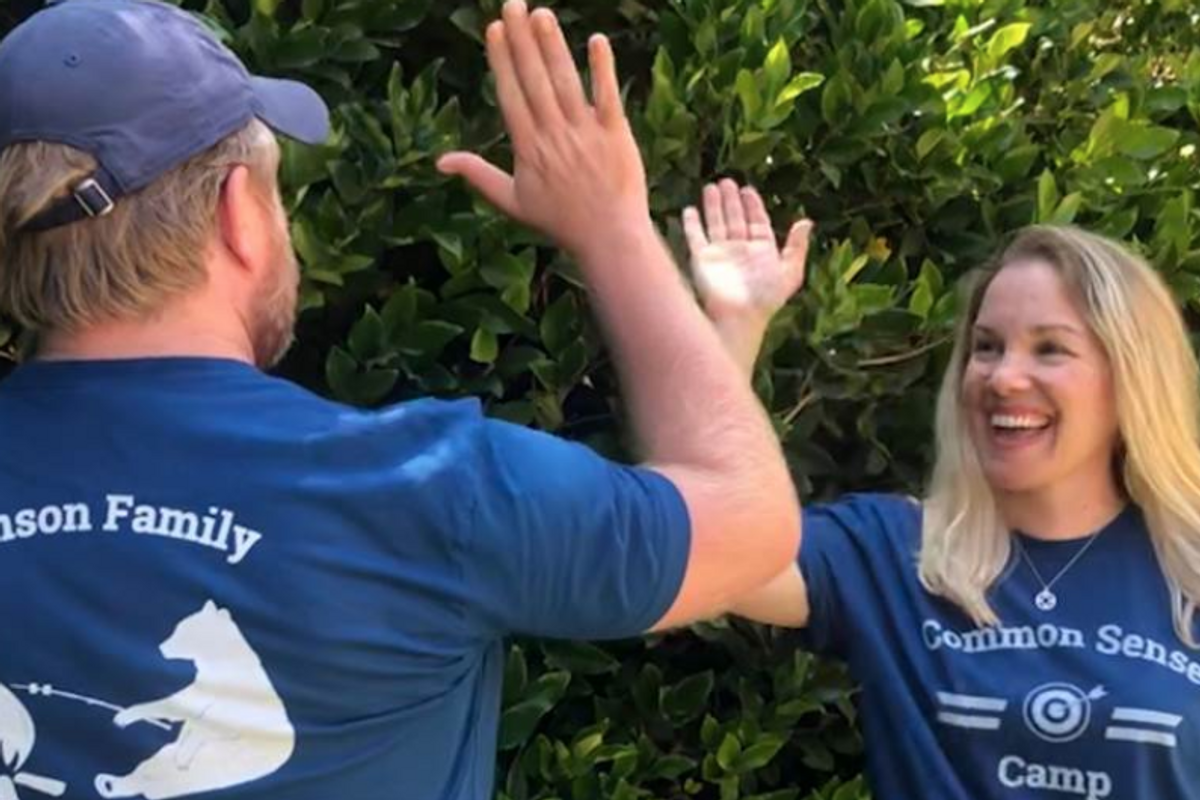 It's a dance that's been happening for centuries. However, this time the old folks may be right.

Studies show that younger Americans are incredibly tech-savvy and great at academics but aren't quite up to snuff when it comes to basic life skills. Studies show they are much more likely to order take out than to cook for themselves.

They also don't know how to check their tire pressure, sew, make basic home repairs or drive a manual transmission.

So they're stuck having to pay people to perform basic tasks that they should have learned at some point in their first twenty-some-odd years on Earth.

Parenting coach Oona Hanson and her husband Paul, have decided to reverse this trend in their family by sending their two children, daughter, Gwendolyn, 17, and son, Harris, 12, to Camp Common Sense.

Due to social distancing, the camp has two campers, two counselors and takes place in the Hanson's home.

Oona says she teaches the topics to her kids through a mixture of "direct instruction, independent research, and hands-on practice." They also watch movies that support to the themes to further drive home the message.

The family uses Catherine Newman's book "How to Be a Person: 65 Hugely Useful, Super-Important Skills to Learn Before You've Grown Up" as a basic camp manual.

"I chose to use this book as a guideline because it's written and illustrated with charm and joy and infused with humor and empathy," Oona told Today. "It's not an adult talking down to kids; it's an adult inviting kids into the world and explaining how you function in daily life."

The Hansons saw quarantine as the perfect time to teach their kids the skills they always planned to "someday."

"It always seems like we're going to get around to teaching them these things 'someday,'" she said. "There's that fantasy that before they go to college, they're going to learn these thousand skills that actually take time to learn and practice. Right now, we have the time it never seems we have to do it."

Camp days aren't all work and no play though. The kids still get time for physical activity, arts and crafts, and a little screen time.

The Hansons hope the lessons they teach now will pay dividends over the long haul.

"I'm OK if the kids are rolling their eyes at us now if later they can look back and say, 'I'm so glad I know how to make pancakes for 12 people.' That will bring so much joy and connection," Oona said.