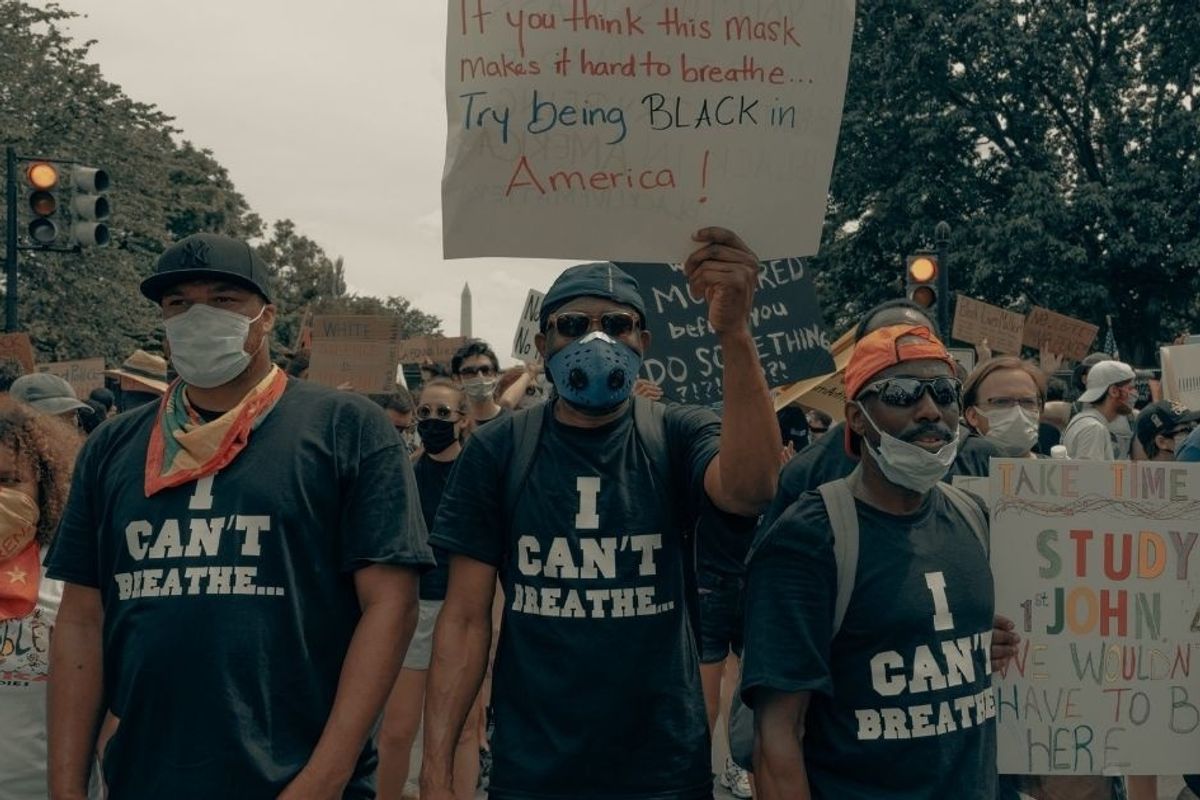 Photo by Clay Banks on Unsplash

I wrote an article a few weeks ago about the tragic murder of a 5-year-old boy, Cannon Hinnant, and how it was being politicized to attack the Black Lives Matter movement. In one of many angry messages I received, a reader wrote "When is the last time you saw a BLM protest that wasn't violent?"

I was stunned. Was this person serious?

From what I had seen, the vast majority of BLM protests were peaceful. But of course I had no actual data to back that up—until now.

The Armed Conflict Location & Event Data Project (ACLED) is a non-governmental non-profit organization that has been tracking incidents of conflict around the world since at least 2014. Since May, they have tracked the more than 10,000 protests that have taken place in the U.S., 73% of which specifically cite Black Lives Matter as part of the basis for the protest.

In the more than 7,750 BLM protests that have taken place from May through the end of August, 93% included no acts of violence. More than 9 out of 10 protests, totally peaceful.

But that doesn't even tell the whole story, because not all of the violence that has broken out at protests has even come from BLM protestors. Naturally, some rioting we've seen is a result of anger over injustice being channeled into destruction of property or lashing out violently. But some violence at BLM protests has come from outside the BLM movement entirely.

For example, one of the instigators of riots during the George Floyd protests in Minneapolis following his killing was found to be a white supremacist. Law enforcement also determined that white supremacists were also responsible for the violence at BLM protests in Richmond, Virginia in June.

In fact there are a handful of extremist groups from both the far-right and far-left who have taken advantage of the protests to either frame the BLM movement as violent or to stoke their own fantasies of violent unrest. I'd never heard of the Boogaloo movement until the BLM protests began and some Boogaloo Bois saw it as a great opportunity to get the civil war they've been itching for to begin.

And then there's the violence coming from law enforcement. According to the ACLED, BLM demonstrations have been more likely to be met with force than other types of demonstrations, despite being largely peaceful:

"Overall, ACLED data indicate that government forces soon took a heavy-handed approach to the growing protest movement. In demonstrations where authorities are present, they use force more often than not. Data show that they have disproportionately used force while intervening in demonstrations associated with the BLM movement, relative to other types of demonstrations.

It's also important to note that the 7% of protests that have involved violence haven't all involved burning down buildings or killing people. There are varying manifestations of violence, and while we would all hope that protests would remain peaceful, it's unsurprising that a small percentage will end up with some conflict. We are talking about human beings, after all. As a species, we have a long and bloody history of violence that we haven't exactly evolved out of yet.

Regardless, the notion that the Black Lives Matter movement is inherently violent is false. The notion that BLM protests have been largely violent is false. That doesn't mean we should just ignore violence altogether, but there are people who benefit greatly from pushing the idea that BLM is violent, and we have to challenge that. Don't let some media outlets' hyperfocus on headline-grabbing riots—or the sensationalist human tendency to share and talk about those stories—push you away from the movement for racial justice. Peaceful, powerful protests abound—that's where we should place our focus.