Prince Harry is not happy about how the press has been treating his girlfriend. 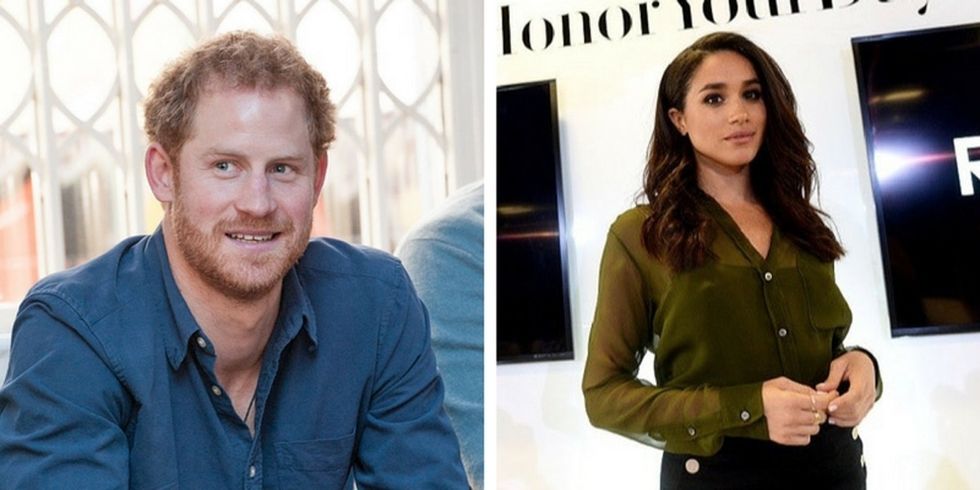 On Nov. 8, the royal's communications team issued a statement lambasting the abusive, sexist, and racial undertones used by press and social media when talking about Markle.

Prince Harry has "seen a line crossed," the statement reads:

"His girlfriend, Meghan Markle, has been subject to a wave of abuse and harassment. Some of this has been very public — the smear on the front page of a national newspaper; the racial undertones of comment pieces; and the outright sexism and racism of social media trolls and web article comments."

Markle at the Women in Cable Telecommunications Signature Luncheon in 2015. Photo by Tasos Katopodis/Getty Images for WICT.

In the letter, the royal family specifically calls out and condemns the racist and sexist harassment Markle has been facing.

The statement describes incidents of photographers attempting to gain entry into Markle's home, bribes offered to Markle's ex-boyfriend, and "the bombardment of nearly every friend, co-worker, and loved one in her life."

Prince Harry has only been dating Markle for a few months. In fact, this is the first time the relationship has been publicly confirmed.

Markle, who is biracial, has also been the target of racially charged online comments and tweets.

It's a pretty big deal for the royal family to come to Markle's defense.

They have a long history of fighting with the press over scrutiny of their private lives. It's also a personal subject for them since the death of Princess Diana in 1997 was the result of trying to outrun paparazzi. This is the first time, though, they've publicly defended someone outside of the family, specifically condemning racism and sexism.

It's unprecedented for the family to issue a statement like this, but the treatment of Markle was so bad that Prince Harry was apparently afraid for her safety and for that of her family.

The letter also addresses those who say that harassment is just the price you have to pay for celebrity.

"It is not right that a few months into a relationship with him that Ms. Markle should be subjected to such a storm," the statement says. "He knows commentators will say this is 'the price she has to pay' and that 'this is all part of the game'. He strongly disagrees. This is not a game — it is her life and his."

The letter makes no demands; it simply calls on members of the press to "reflect" for a moment before any more damage is done.

Maybe that's something we should all do.

We certainly have a similar problem here in America. In fact, we practically invented celebrity culture, and there are countless examples of celebrities being harassed or assaulted online and in person.

When a man launched himself at Kim Kardashian, for example, many headlines made jokes at her expense and failed to treat the incident as what it was: sexual assault.

Stillbirth after the 20-week mark happens to approximately one in 100 pregnancies. Approximately 24,000 babies are born stillbirth each year. And while stillbirths are rare, the experience can be emotionally painful for those who have to go through it.

Last month, Chrissy Teigen and John Legend lost their third child, Jack, at 20 weeks. Teigen suffered a partial placenta abruption, a rare diagnosis in which the placenta and the lining of the uterus separate. It prevents the fetus from receiving oxygen and nutrients and causes bleeding in the mother. Now, Teigen is opening up about her experiences with the loss in a heart wrenching Medium essay.