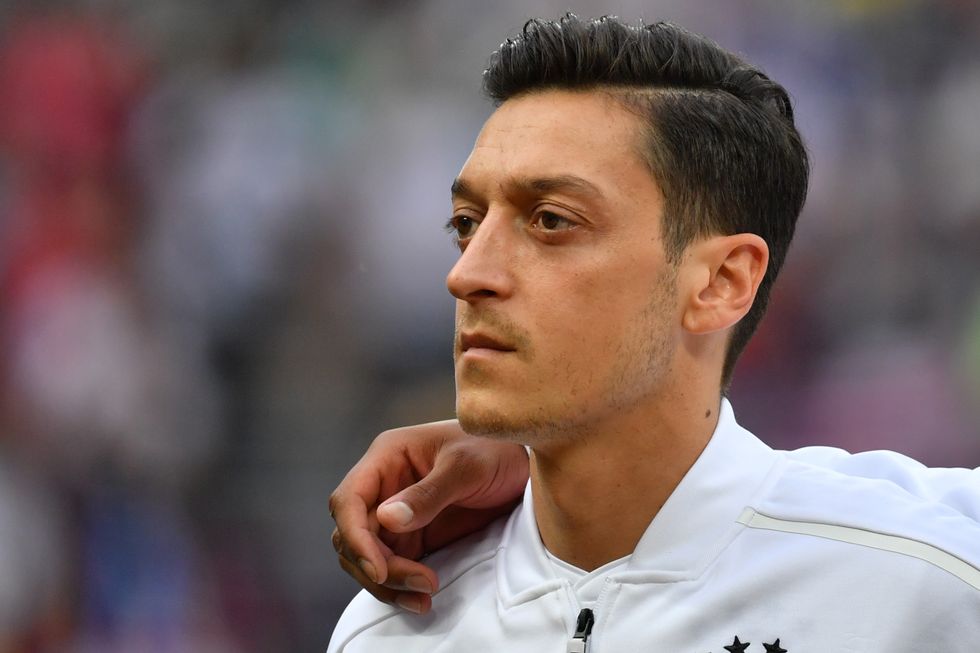 The 2018 World Cup may be over, but the conversations about race and identity are not.

Most recently, German soccer player Mesut Özil is making headlines. Özil has decided to quit playing professionally for the national team after what he describes as experiences of racism and double standards against people with Turkish ancestry.

On July 22, the Turkish-German midfielder posted a statement on Twitter detailing the slander and ridicule he has received from far-right German politicians, the media, the German Football Association (DFB), his team, and soccer fans.

The statement comes in response to backlash Özil, a practicing Muslim and son of Turkish immigrants, received for posing for a photo with Turkish President Recep Tayyip Erdoğan. The photo was taken after a charity event in London.

While Germany has over 3 million Turkish immigrants, some German politicians and fans questioned Özil's national loyalty after his photo with the Erdoğan. Some have gone so far as to say that Erdoğan was exploiting Özil for political gain.

But in his statement, Özil insisted that his meeting and photo with Erdoğan had no political motivation. "For me, having a picture with President Erdoğan wasn’t about politics or elections," Özil wrote. "It was about me respecting the highest office of my family’s country."

Twitter users also pointed out the double standard and hypocrisy Özil received for posing with Erdoğan compared to other athletes.

It’s ridiculous how Mesut Ozil was so badly critized for posing with Erdogan, but it is okay for other players like… https://t.co/EsHiCEjH3v
— ZAMZAM🇰🇪🇪🇹 (@ZAMZAM🇰🇪🇪🇹)1532358581.0

Worth reading this thread to see how structural #islamophobia operates at even the highest level in sport.… https://t.co/Eh04pAJRVu
— Shazad Amin (@Shazad Amin)1532295370.0

Özil says he's been singled out because of Germany's failure to advance in the 2018 World Cup.

While Özil helped lead Germany to win the 2014 World Cup, he said that he has been unfairly scrutinized for the team's shortcomings this year — something he says has to do with his Turkish roots.

In his statement, Özil described in detail every racist incident he's experienced. He called out the German media for using the Erdoğan photo as right-wing propaganda, DFB president Reinhald Grindel for making "unforgivable and unforgettable" comments about immigrants and Muslims, and German politician Bernd Holzhauer for referring to him with an offensive expletive.

But Özil insists that his heart is still with Germany. "I have two hearts, one German and one Turkish," he added. Despite being one of the world's best midfielders, Özil said his mother has always taught him to never forget his roots and values. This is particularly why he wanted to celebrate his dual heritage.

Özil's resignation is a powerful and courageous act of defiance against the selective — and racist — celebration of immigrants.

By taking a public stand against racism, Özil shed spotlight on the double standard used against players of dual-heritage. At a time when debates about refugees and national identity are looming, he's bravely shaping the conversation on the meaning and purpose of European identity.

The disapproval of dual heritage isn't a problem exclusive to Germany. Trevor Noah received backlash in July 2018 from a French ambassador for celebrating the African background of some of the French soccer players. But Noah set the record straight: His celebration of their African roots is not denying their "Frenchness" but rather is pointing out the beauty in all "these Africans who can become French."

As a matter or principle, Özil said he would no longer stand to be a part of the scapegoating and racism. The only way for him to do that is to step down from the team and speak out against injustice.

"Racism should never be accepted."