An abused, aggressive dog melts into his rescuer's hands, and it's almost too much to take 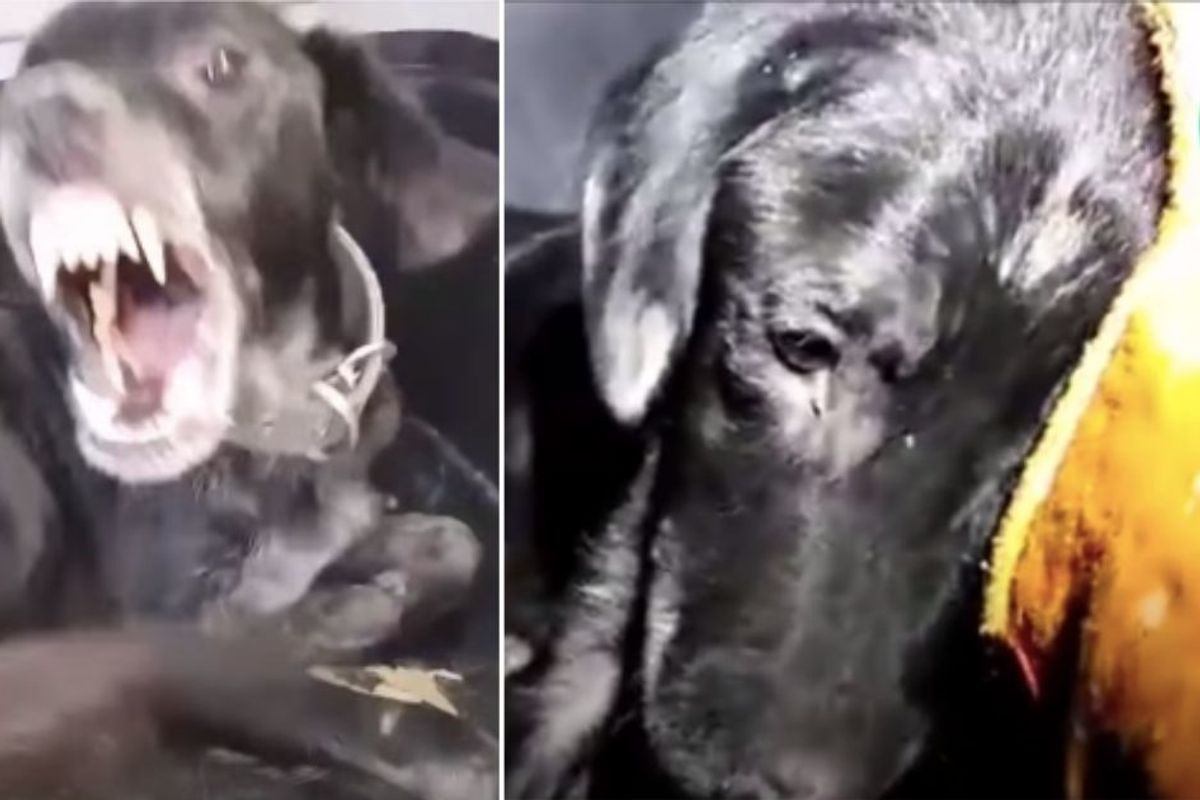 People who rescue animals from unsafe or abusive situations are a special breed of human. Animals that are mistreated may react violently out fear or self-defense, which can be frightening at best and dangerous at worst.

When dogs specifically have been subjected to abuse, they may growl at, bark at, and bite anyone who approaches them. And who can blame them? If the humans they have known have only caused them pain, it's natural to react in an aggressive way.

But some people have the knowledge and skills in animal behavior to recognize what a dog needs in order to be able to trust people. Theoklitos Proestakis, who runs Takis Shelter on the island of Crete, is one of those people with a special knack for bringing aggressive dogs around to a place of healthy trust and calm.

"The people, they think I'm crazy," Proestakis says on the shelter's website. "But for me, when I see these dogs suffer from pain, they have a soul...so I want to help them. It makes me feel so good."

It's easy to see Proestakis' sincerity when you see him in action. Check out this video of Proestakis soothing a frightened, aggressive dog named Phoenix. When Phoenix finally stops trying to bit his hand and leans in for snuggles, you can see the dog's entire demeanor change. (Tissue warning, folks. No joke.)

Aggressive dog gives in to hugs for first time after rescue from his aggressive owner -Takis shelter www.youtube.com

Proestakis hadn't originally intended to start an animal shelter. He just happened to come upon a stray, injured dog at his local garbage dump one day. Feeling a responsibility for helping the animal, he took it to the vet. He didn't have room for a dog at his home, so he took it back to the dump but kept going back to visit it. Soon another dog, and then another and another, showed up, and soon Proestakis found himself caring for 70 dogs.

Eventually, he purchased land near the dump, and now, six years later, he cares for 342 dogs as well as goats and cats he has rescued. He names every dog, and they are allowed to roam freely around the 33,000 square meter property, but running the shelter single-handedly is a lot of work.

"There is not any time for myself," Proestakis told CBS News last year. "I am working 20 hours per day. I try to sleep two to three hours per day." He lives on the property in a small container house, and keeps the most sensitive dogs in the house with him. "I have about 11 to 12 dogs in the bed," he said.

He's not complaining, though. "I think I was born for this," he said. "I love it so much."

If you want to see more of Takis Shelter and the man behind it, Viktor Larkhill's animal rescue YouTube channel paid the shelter a visit to see if Takis really was what it claims to be. (Spolier alert: It is.)

The Truth about Takis Shelter www.youtube.com

There's your boost in faith in humanity for the day.

From Your Site Articles
Related Articles Around the Web
animals