Researchers are 'astounded' by what they found 10 years after a breakthrough study on baby talk. 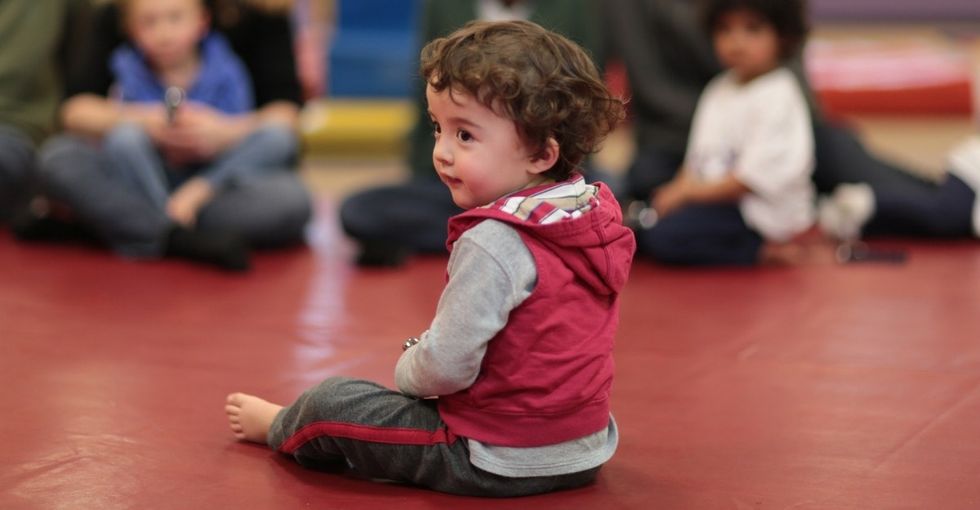 If you’ve ever spent time with a toddler, you know that it can be hard to understand half—or more—of what they’re saying. But according to a new study, you should converse with them anyway.

If parents want to give their kids a jump start with language skills that will benefit them for years to come, they should be having regular conversations during those toddler months.

Researchers from the U.S. and Canada analyzed language data for children ages 2 months to 36 months, then conducted follow-up evaluations at 9 to 14 years of age.

Their study results, published in the September 2018 issue of the journal Pediatrics, show that the period of 18 to 24 months is an especially fertile time for language and literacy skills to bloom.

In fact, they found that early talk and interaction with toddlers is not only good for them in the short term, but it can improve outcomes in language skills later in childhood.

The sweet spot occurs during the second half of a child’s second year—a narrow 6-month window where greater verbal interaction seems to correlate with improved language proficiency 10 years down the road.

The study found that it’s not so how much how many words adults use, but the frequency of conversation with the wee ones, that counts the most.

“Conversational turn counts”—or how often babies talked and adults talked back—during the 18 to 24 month period accounted for 14% to 27% of the difference in verbal comprehension and vocabulary later in the tween years.

While adult word counts affected outcomes as well, those differences diminished when researchers controlled for socioeconomic status. It’s the back-and-forth—taking turns listening and talking—that seems to make the difference.

Despite the toddler years being known as a time of language explosion, the researchers were surprised by the long-term results of their study.

Study author Jill Gilkerson, senior director of research and evaluation at the LENA Foundation, said the researchers were “astounded” by the results of the study, and that finding a connection between toddler chit-chat and school-age language outcomes was “nothing short of remarkable.”

"If you knew that children who were fed a certain nutritional diet at age two were not only far healthier as toddlers, but much more likely to be in a healthy weight range at age 12, you'd want to pursue those findings, wouldn't you?" Gilkerson told CBC News. "Conversational turns are that diet, that nutrition, for the brain."

So next time a toddler starts babbling adorably about Daniel Tiger or Thomas the Tank Engine, take the time to engage them. You might just be adding to their budding genius.