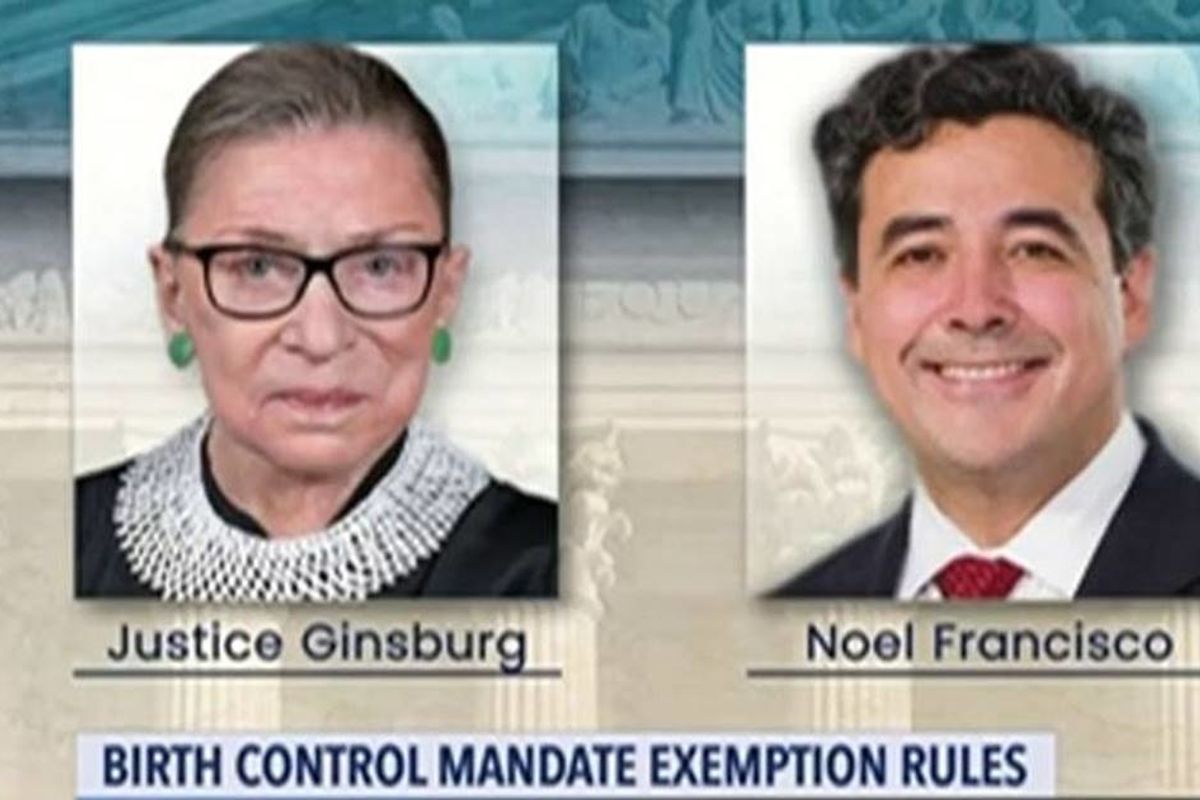 The Supreme Court of the United States heard oral arguments in a consolidation of two cases on Wednesday: Little Sisters of the Poor v. Pennsylvania and Trump v. Pennsylvania. The hearings were held via teleconference due to the COVID-19 pandemic.

The case is centered around the Affordable Care Act's (ACA) requirement that employee health plans include free birth control coverage for women.

After the ACA was passed, exceptions were made for religious organizations that do not wish to provide birth control to employees via insurance.

Recently, under the guise of religious freedom, the Trump Administration has attempted to expand on those exceptions by allowing employers to exempt themselves from the requirement. The allowed employers ranging from colleges to public companies to prevent their female employees from getting free birth control.

The states of Pennsylvania and New Jersey challenged the exemptions and won a nationwide injunction. Now, the case is being heard by the Supreme Court with Solicitor General Noel Francisco representing the Trump Administration.

Eighty-seven-year-old liberal minority judge Ruth Bader Ginsberg heard the arguments via telephone in her hospital bed at Johns Hopkins University. Although she was admitted Tuesday for a gall bladder condition, she still had the strength to fight back against Francisco.

Ginsberg has a long history of advocating for gender equality and women's reproductive rights.

During the oral arguments, Ginsberg made the point that providing exceptions went against the original aims of the law.

"What the government has done in expanding this exemption is to toss to the wind entirely Congress' instruction that women need and shall have seamless, no-cost comprehensive coverage," Ginsburg told Solicitor General Noel Francisco.

"They can get contraception coverage by paying out of their own pocket which is exactly what Congress did not want to happen," she added.

The justice also pointed out that far too often the freedom of religious people takes precedence over the rights of those who want freedom from religion.

The justice said that a "major trend in religious freedom is to give everything to one side and nothing to the other side."

She then referenced Burwell v. Hobby Lobby Stores, Inc.where the SCOTUS found that private corporations could be exempt from the birth control mandate.

"You have just tossed entirely to the wind what Congress thought was essential. That is that women be provided these services with no hassle, no cost to them," she said.

She also made the point that women's lives shouldn't be controlled by the religious views of their employers.

Francisco then argued that churches could not have an exception to the contraception rule if it was available to for-profit businesses as well. Ginsberg countered by saying the Constitution has always treated churches differently.

"The church has enjoyed traditionally an exception from the very first case… the church itself is different from these organizations that employ a lot of people who do not share the employer's faith."

A decision in the case is expected sometime this summer.