Scarlett Johansson is the top-grossing actor in 2016. Here's what's wrong with that.

She makes big bucks for Hollywood for a bargain. 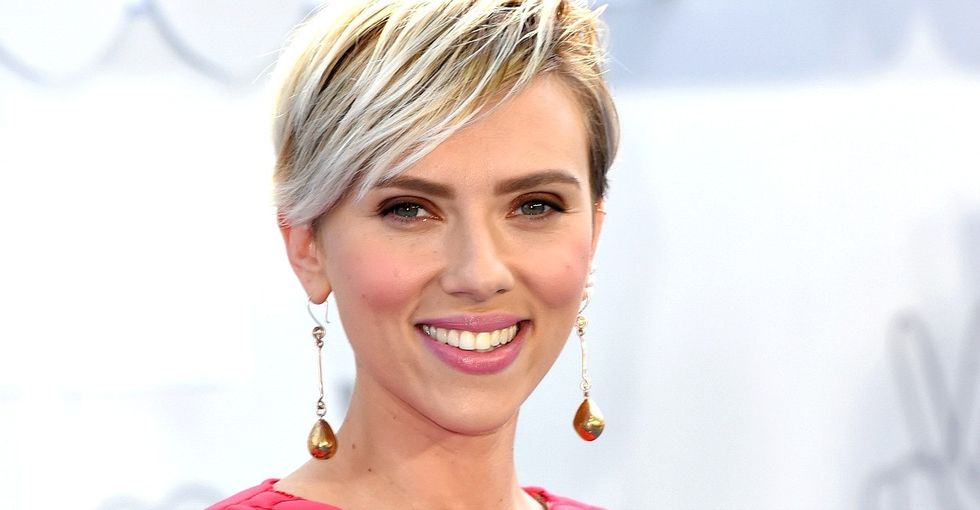 It was just announced that Scarlett Johansson is 2016's top grossing actor.

Yes, that means she made more money for the movies she worked on than any other actor — male or female.

Collectively, her films raked in $1.2 billion worldwide over the past year. She was also named highest grossing actress ever this past summer, thanks largely in part to her ass-kicking role of Black Widow in "The Avengers."

Not too shabby, Ms. Johansson.

Before you throw on your party clothes and celebrate women finally besting men financially in Hollywood though, remember this — top grossing doesn't mean top earning.

Sure, Johansson may have made over a billion dollars for the producers who employed her, but a very small percentage of that actually went into her pocket.

In fact, according to Forbes, if you weigh Johansson's salary against her overall gross, she's quite the bargain. For every $1 she earns, she brings in $88.60 for the studios, which actually makes her Hollywood's best female value.

Starting to see the problem?

She still makes a lot of money by average person standards, but the point is, she's not making what she's worth. And she's not alone.

In fact, when you look at the top earning actors in 2016, you won't see a woman's name in the top five.

And it gets worse. Forbes' annual list that tracks earnings from June 1, 2015, through June 1, 2016, shows the top 10 highest paid actresses combined earnings were $205 million — less than half that of the top 10 actors' earnings of $456.5 million, collectively.

Ageism also plays a part in this wage gender gap. All top 10 earning actors are over 40, whereas half the top 10 actresses are under 40, and all are under 50.

Needless to say, there's a lot that's wrong with the bias against women in Hollywood, but women are fighting harder than ever to change it — and they're starting to succeed more and more.

Emmy Rossum, star of the hit show "Shameless" refused to return to work until she received equal pay to her co-star William H. Macy. Not only did she achieve her appropriate pay, she also received retroactive pay to even out the gap that existed in previous show seasons.

Felicity Jones negotiated the largest salary (far and away above her male co-stars) for her work on "Rogue One: A Star Wars Story."

When Gillian Anderson, star of "The X-Files" television show and subsequent movies, discovered her salary was smaller than her co-star David Duchovny twice (first for the original series, then the 2015 revival), she called it out publicly, and succeeded in righting the wrong both times.  She was compensated accordingly for her role in the TV series and film.

Of course, there's still more work to be done, and it's reflective of the gender inequality across the country.

Women face a gender wage gap in nearly every occupation in America. And that gap grows significantly wider for women of color. So while the salaries of these actresses aren't exactly relatable, the bias they face in the workplace is.

Because of their public influence, however, the stands these women are taking to rectify these inequalities can have a real impact on all of us. As such, it's important we support them and tell the world we too are tired of working hard and making less.