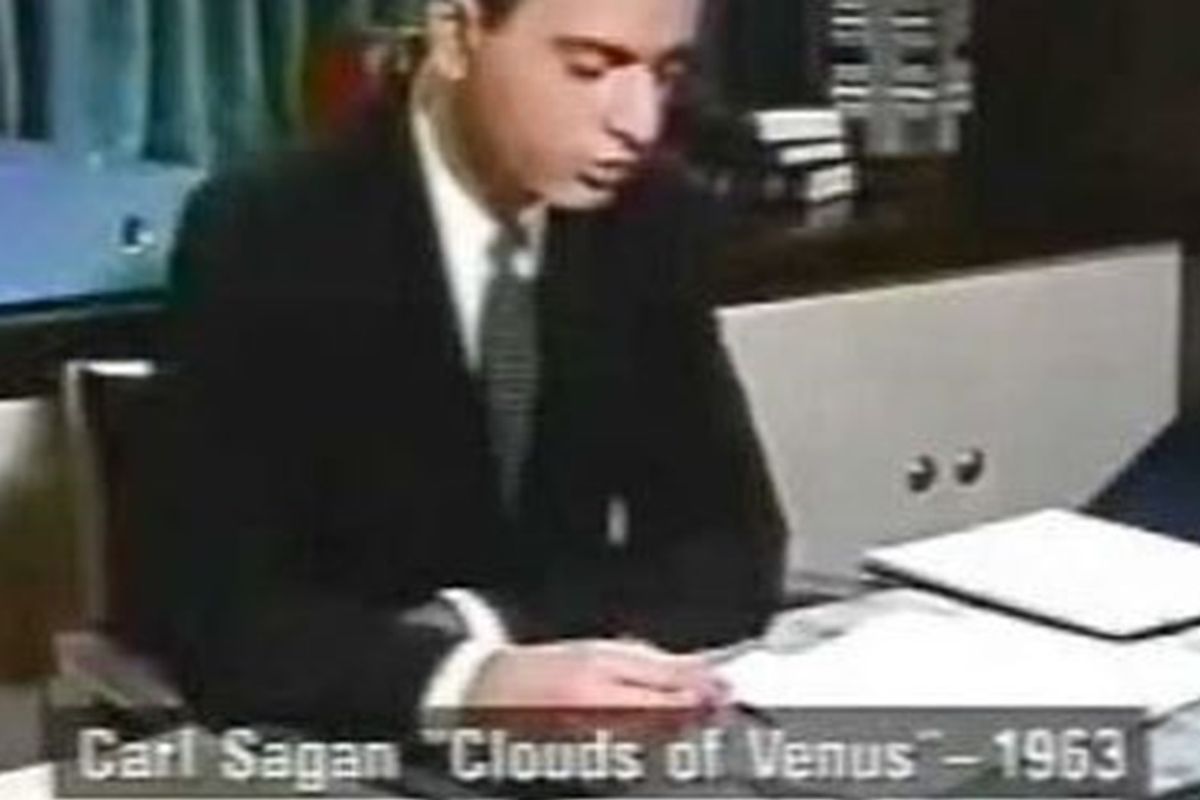 A study published on Monday in the journal Nature Astronomy found that Venus' clouds contain phosphine which may be evidence of alien life.

Phosphone is an extremely flammable, corrosive gas also found on Earth that's produced by anaerobic bacteria and humans in labs.

The study's authors haven't verified the origins of the gas but the sources they've investigated haven't been able to explain the amount of gas they discovered.

"We really went through all possible pathways that could produce phosphine on a rocky planet," Janusz Petkowski, an author of the new study, told MIT News. "If this is not life, then our understanding of rocky planets is severely lacking."

Should the study reveal life it would be one of the most important discoveries in human history. It would also validate a hypothesis posited decades ago by astrophysicist and the original host of TV's, "Cosmos," Carl Sagan.

In the '60s he authored two scientific papers outlining the possibility of life on Venus. He wrote that the planet's surface was too hot to support life but, "while the surface conditions of Venus make the hypothesis of life there implausible, the clouds of Venus are a different story altogether."

In 1967, Sagan and Harold Morowitz, a molecular biophysicist at Yale, posited that there could be a livable layer in Venus' clouds.

Here's Sagan describing the possibility of life in Venus' cloud layer back in 1963.

"Measurements with radio telescopes show, that there is a region on Venus where temperatures are greater than 600 degrees Fahrenheit," Sagan says. "It is just possible, that the hot region exists at a high altitude, in the ionosphere of Venus."

"The surface temperature could then be, almost Earth-like and life as we know it could exist there," Sagan continues. "However, it is more likely that if there is life on Venus it is probably the type we cannot now imagine."

Welcometoterranova readers may be familiar with another prediction Sagan made right before his death in 1996. On "Charlie Rose" he said that due to a lack of scientific skepticism America runs the risk of being taken over by a "charlatan" political leader