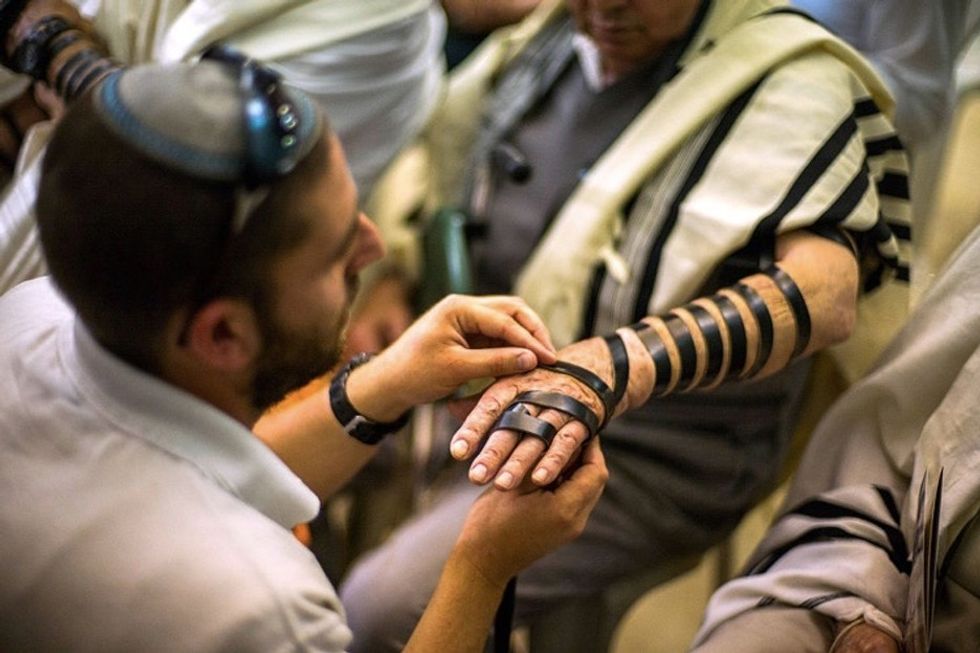 Solomon Moshe was only 4 years old when Hitler's armies invaded his home country of Greece.

He recalls spending his childhood fleeing from house to house with his mother — never having friends, never having a home, and constantly seeing the fear in his mother's eyes.

Before long, 60,000 Greek Jews would be murdered in World War II, nearly 80% of the country's Jewish population. Moshe moved to Israel in 1956 to try to start a new life.

For Jewish people, the bar and bat mitzvah ceremonies are incredibly important.

Typically occurring around the age of 13, the ceremonies are holy events for friends, family, and communities that mark a coming of age in Jewish culture and a confirmation of faith. There's also usually a big party.

This week, 50 people, including Moshe, traveled to Israel to celebrate their bar and bat mitzvot. All of them are in their 70s and 80s.

All of them are Holocaust survivors.

To be born in Europe in the 1930s meant being born into a world turned upside down. Adolf Hitler's Nazi party invaded or occupied over a dozen countries and systematically murdered an unfathomable number of people, including 6 million Jews.

Even those who survived the horror of the Holocaust had their lives taken from them in other ways — from childhoods tainted by memories of fear and despair to families permanently torn apart.

The survivors were invited to host their ceremonies at the Western Wall in Jerusalem — one of Judaism's holiest sites — by the Israeli government.

They wrapped themselves in talits (Jewish prayer shawls) and affixed tefilin (small leather boxes containing sections of the Torah) strapped to their foreheads and arms.

As they left, Israeli soldiers gathered to pay their respects.

"I am not embarrassed to say that I was moved to tears," recalls Moshe. "Soldiers were saluting us like we were heroes."

It's impossible to set right the wrongs of World War II.

Millions were killed, and those who survived still feel the effects of the war today. A coming-of-age ritual might seem like a small gesture, but it's a deeply significant one.

During the war, being Jewish was a crime punishable by death. Millions of families had to hide and suppress their faith for fear of being persecuted and sent away.

For these survivors, being able to become a bar or bat mitzvah now isn't just a gesture of kindness or a ceremony of faith. It's an act of healing.