See the exact moment a photographer told these women they were beautiful. 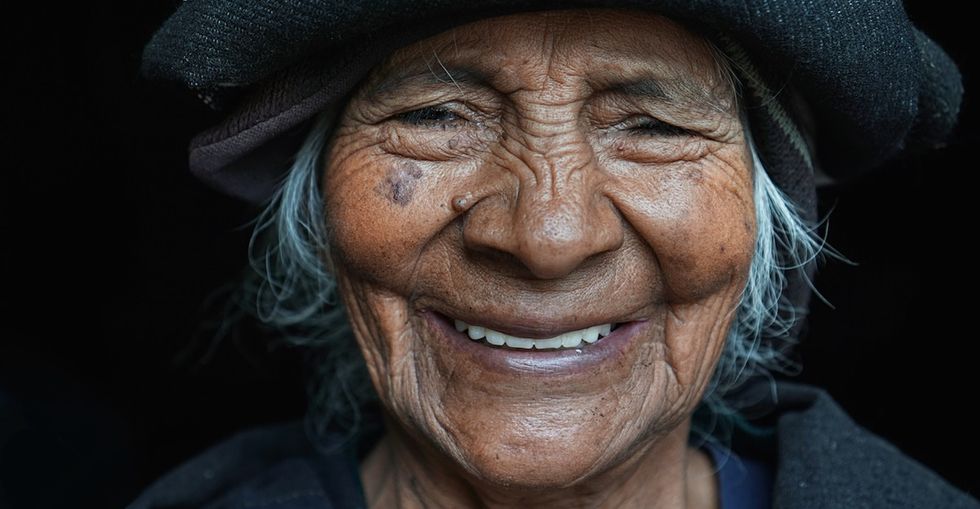 Photographer Mehmet Genç travels the world snapping pictures of all the interesting people he meets. But it's not always an easy job.

Genç and one of his subjects. All photos by Mehmet Genç used with permission.

"If you go to remote place, usually people there are not relaxed when taking photo of them," he said in an email. He asks his subjects to smile, to loosen up, but often they won't, at least not right away. It takes time to earn their trust and build comfort with them, he says.

So on a trip to San Cristóbal, Mexico, in 2015, Genç tried something a little different while taking pictures of a local woman.

He told her, "You are so beautiful." And he meant it. Her face lit up, he said, and when he saw the photo of that moment, he knew he was onto something incredible.

Right then and there, the project "You Are So Beautiful" was born, with Genç traveling the world trying to capture the joy people experience in the exact moment they receive a genuine compliment.

Those four simple words transcend language, culture, and age. His work mostly features women, but Genç said men like being told they are beautiful too. Who wouldn't?

These before-and-after photos are truly incredible. Here are some of Genç's absolute favorites:

1. A woman from Xela in Guatemala.

4. A woman from the mountains of Colombia.

5. A young girl in a small Colombian village.

6. A woman from a Guatemalan village called Santa Maria.

7. Iwan-eva, a native of the Amazon region in Brazil.

9. An 88-year-old from the town of Atalaia do Norte in Brazil.

10. And Zarek, a 77-year-old native Arhuaco woman from Colombia.

Genç says the response to his project has been overwhelmingly positive, with many people wanting to recreate it themselves.

And while the photos are great, he insists the project is really about making people happy — and how easy it can be to do that.

"You can just say two words ('You're beautiful') and ... people are happy!" he said. "It's not important what age and where they are."

That's a message that can only be described as, well, beautiful.