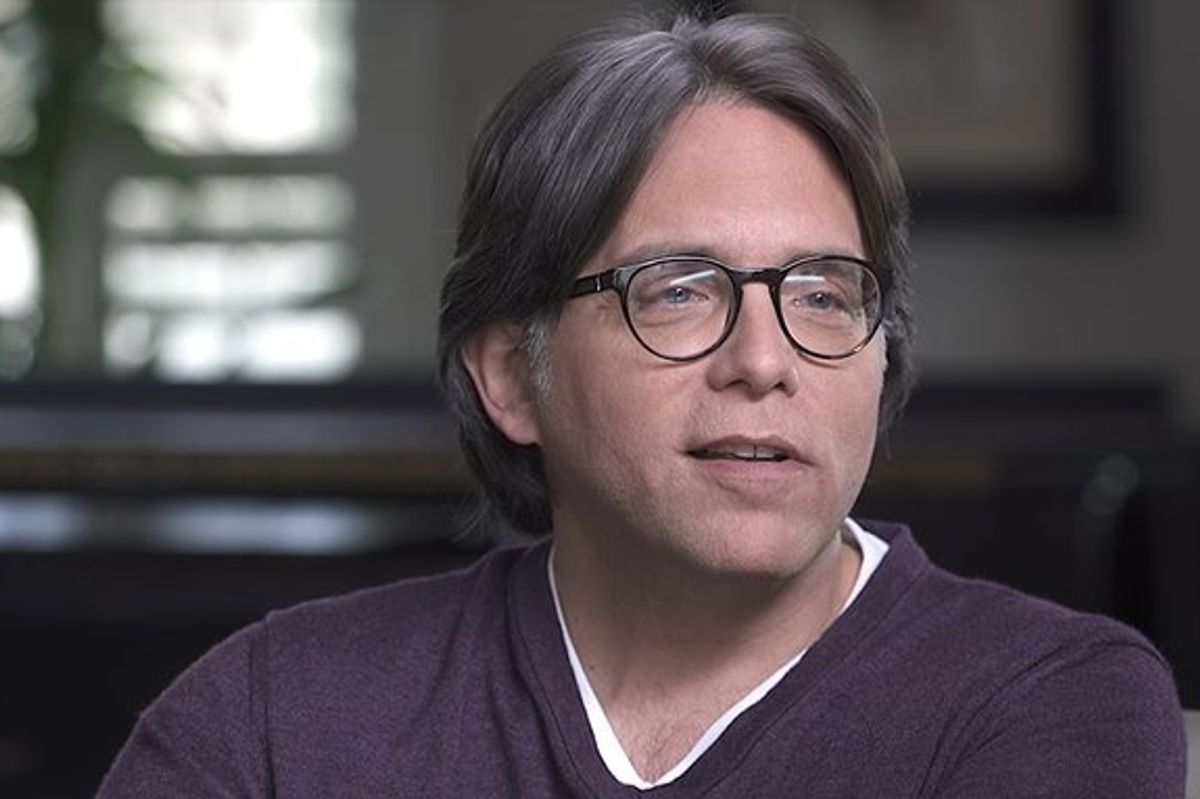 "While he hid our sexual relationship from others, he explained it to me by telling me that I was very mature for my age. And I know now that it was false—I was a child," her victim impact statement read. "He used my innocence to do whatever he wanted with me—not just sexually but also psychologically."

Another woman who spoke out, Kristen Keeffe, has a 13-year-old son with Raniere. She worked in NXIVM's legal department for a decade, and once she broke away from Raniere's grip, she went into hiding with her son for four years. "My child will never get back the years we spent in hiding," she said.

Testimonies included stories of "women's empowerment group" within NXIVM, which victims allege was a master-slave program in which women were forced to obey, have sex with Raniere, and to brand his initials into their skin with a cautery pen without anesthesia. Followers referred to him as "Vanguard," and saw him as an "evolved" guru of sorts, according to NPR. He promised women that he and the organization would help them get control of their lives, but then ended up controlling their lives.

"You're a liar and a sadist for getting pleasure watching our skins burn," India Oxenberg, daughter of Dynasty actress Catherine Oxenberg and NXIVM member for seven years, said to Raniere at the sentencing. "I may have to live the rest of my life with Keith Raniere's initials on my skin." She also called Raniere a "racist" and a "sexual predator," and said that he had forced her to lose so much weight that she stopped menstruating.

For his part, Raniere maintains that he is innocent of the charges. Prosecutors wrote that in his communications with his supporters (yes, he still has some), Raniere "repeatedly attempts to cast himself as a victim of persecution and harassment from the government and from unknown enemies."

According to CNN, Raniere wrote in a November 2019 email shared in a prosecutors' memo "It is tragic the current organization has been stymied by a few envious men abusing position of power in government, media, and film; some women who didn't live up to their sacred honor and vows; and people in general who just feel threatened by this idea."

The pain runs deep and the descriptions of the victim's statements here are just the tip of the iceberg. "I can still hear his voice in my head" one victim said in her statement as her voice shook. "He robbed me of my youth. He used my innocence to do whatever he wanted with me."

With 120-year sentence, Raniere thankfully won't have the opportunity to victimize any more women for the rest of his life.

From Your Site Articles
Related Articles Around the Web
justice