She lost her wedding ring shortly after the big day. 40 years later, it finally turned up. 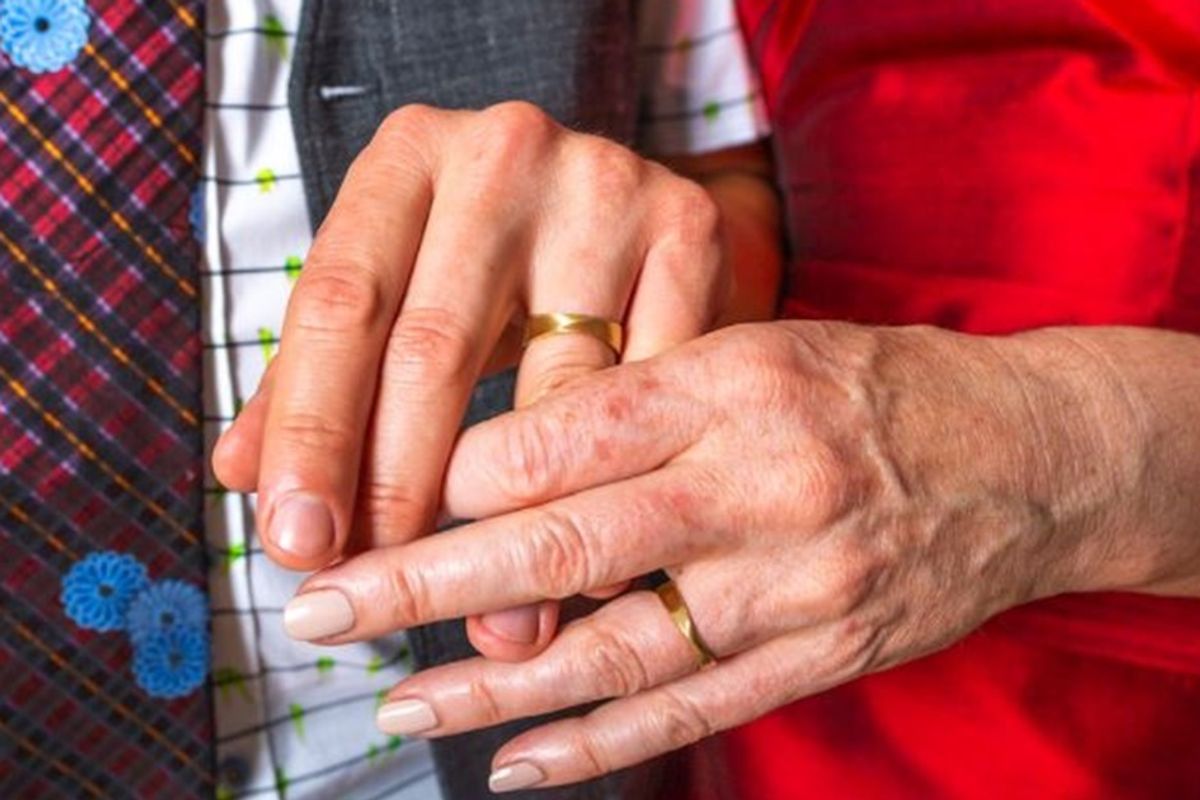 Paula Walker, 56, and her husband, Joe, 73, are commemorating their 40th wedding anniversary with an unexpected gift from their past — Paula's long-lost wedding ring.

The couple who lives in Plymouth, England, were married on August 28th, 1980. Three years into their marriage, Paula was playing catch with their son in the yard when her cherished 18-karat wedding ring flew off her finger and vanished into the shrubbery.

"My house backs onto woodland and I thought possibly that the ring flew in there. I thought it was gone forever," Paul said according to Good News Network.

The couple paid a metal detector to try to retrieve the ring. But they searched for two days and nothing came up. Paula had to settle and buy a new ring, but she never forgot about the old one.

The missing ring became a running joke in the family. Whenever someone went outside to mow the lawn or do a bit of gardening, a family member would always say to look out for the ring.

"Over the years—whenever we've been in the garden or out there—I've always said 'have a look for the ring,' but we never found it," Paula said.

via The California Sun

But things changed when the couple hired a landscaping crew to tidy up the garden for their 40th wedding anniversary. Paula told the Man of All Seasons landscaping crew that the ring was lost somewhere in the garden, but didn't have much hope that it'd be found because it had been so long.

"We had a gardening company come in and landscape our garden and I told them about the ring and the whole story," said Paula.

While digging up the garden, the landscapers struck gold.

"They called me out into the garden a while later saying they had a surprise for me and then handed me my wedding ring," she exclaimed. "It was in the garden where I was standing and where I had been playing ball with my son all those years ago."

via The California Sun

It's amazing that she could have looked in the same place probably dozens of times over the years and never found the ring.

"I was so shocked but incredibly grateful," Paula said. It's wonderful to have it back."

The couple has lived in the house since 1977, if they would have moved, they probably never would have found the missing ring.

Paula said that having her original wedding ring back was the best anniversary gift she could have ever received.

"Not only did they do an amazing job on the garden, they're also treasure hunters," Paula said of the landscapers. "It really made my day, my 40 years really."

The Walkers amazing story is another great reminder that no matter how hopeless a situation can be, to never give up hope. They never forgot about their lost ring and it was a big reason why they finally got it back.

From Your Site Articles
Related Articles Around the Web
relationships