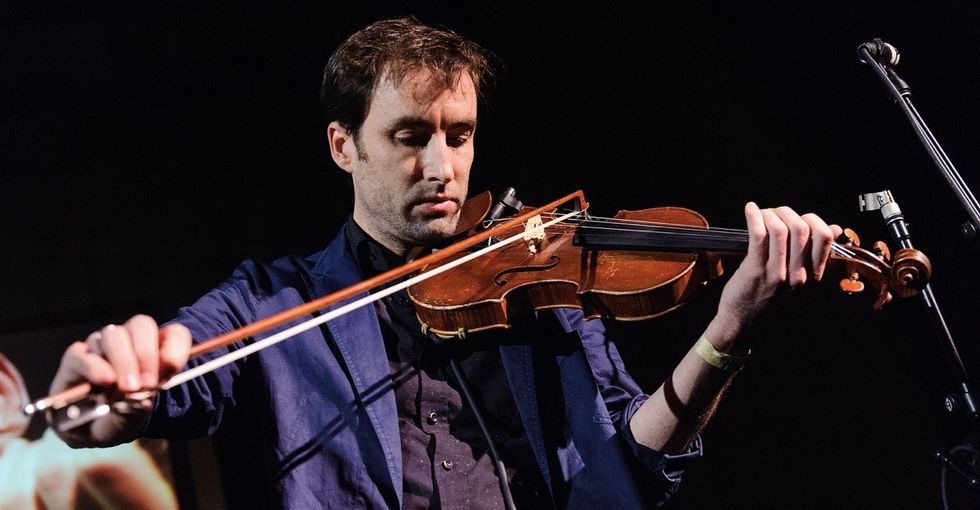 By the time September rolled around, the city of Chicago was on the verge of its 500th murder in 2016.

In just over nine months, nearly 3,000 people in the city were shot, roughly matching the total for all of 2015. While the root cause of this violence can be debated, one thing people from around the political spectrum should be able to agree on is that something needs to be done.

Musician Andrew Bird wanted to do something about gun violence, especially as it concerned his hometown of Chicago.

That's why he teamed up with Everytown for Gun Safety last fall. Together, Bird and the Everytown movement found a way to make gun safety a key theme in both his latest album ("Are You Serious?") and its ensuing tour.

"The rhetoric around gun violence has gotten so reactionary that it seems no one is talking sense," says Bird in a press release. "Everytown is an organization that is talking sense, making points that no one can argue with."

What started as a plan to donate $1 from every ticket on his U.S. tour and sell special edition T-shirts in support of Everytown's cause quickly turned into something much more ambitious.

Bird and Everytown joined forces with director Natalie Morales to create a music video meant to highlight not just the body count, but as Bird says, "the psychic toll that gun violence is taking on our citizens."

In this latest endeavor, a music video for Bird's 2013 song, "Pulaski at Night," Bird, Morales, and Everytown take a look at the new reality of what it means to be a kid in America — specifically, one in Chicago.

The "day in the life" style video centers around a single student as he navigates his way through disruptive lockdown drills during class and as he passes pop-up memorials for gun victims between home and school. It's a reminder that the world isn't as safe or as innocent as we'd like it to be for our children.

"I used to throw up my hands and say, ‘What can we do? It's complicated,’ but that’s lame," adds Bird. "There’s so much we can do and Everytown is out there doing it."

Will this music video single-handedly put an end to gun violence? Of course not. Will it spark conversation about what we, as a society, can do to address this problem? Absolutely.

Everytown is pretty thrilled to have artists like Bird and Morales on board in their mission to promote gun safety through common sense solutions.

Jason Rzepka, director of cultural engagement at Everytown, stresses the importance of using a variety of strategies in bringing attention to this important issue, saying, "Eradicating gun violence from our communities will require all of us, using every tool at our disposal."

You can watch the brand new music video for Andrew Bird's "Pulaski at Night" below.