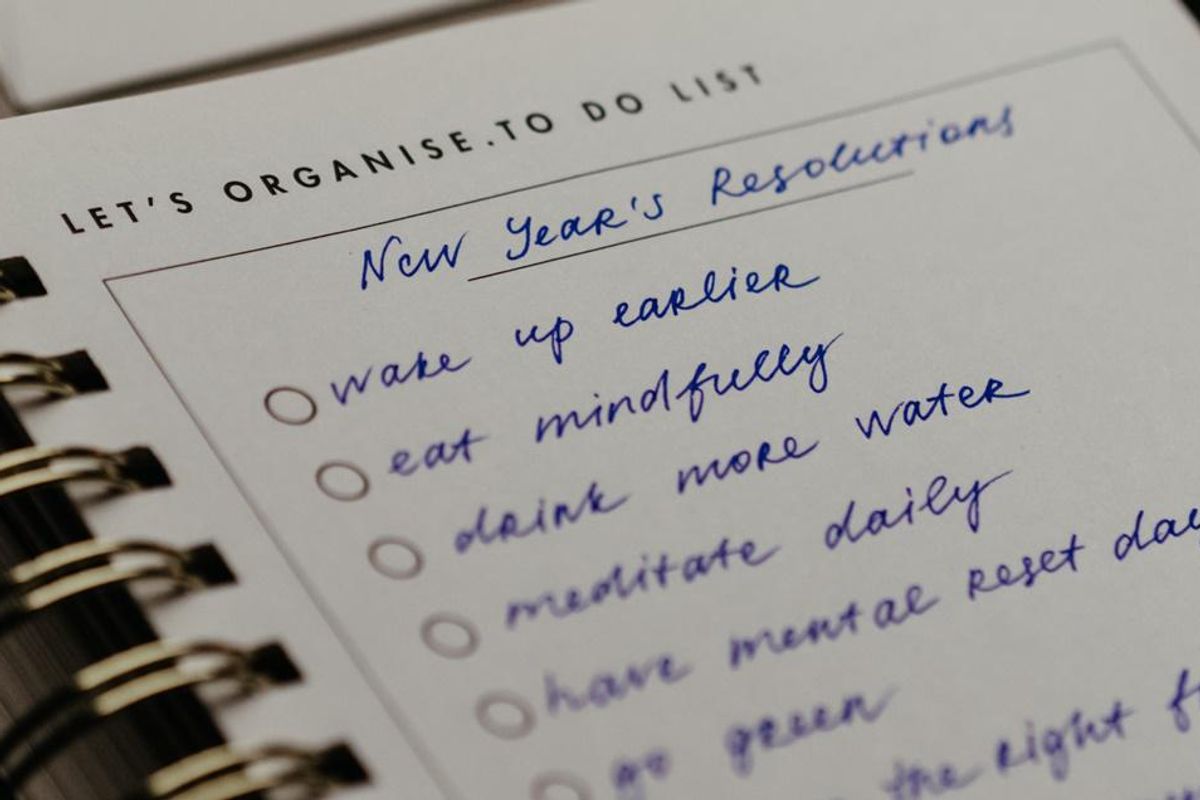 The vast majority of humanity can't wait to put 2020 in the rearview mirror and embrace 2021 with open arms. Although the COVID epidemic isn't going to end overnight, we can be pretty certain that in four, five, or maybe six months, the world will start to resemble the one we once knew.

So, in the meantime, we can use the new year as an excuse to take stock of our lives and work on some personal changes, so when the pandemic does subside, we'll be ready to live our best life.

A study reported by Inverse found that 44% of Americans are likely or very likely to make a New Year's resolution for 2021.

However, historically the number of people who achieve their resolutions is pretty low. A report in Forbes shows that only about 35% of people actually stay committed to their New Year's goals after the first month, and only 8% accomplish them.

But don't let that get you down. A big reason why people fail at achieving their resolutions is they don't know how to implement personal change.

So we've put together a list of advice from some experts in the fields of psychology and business to help you create a fool-proof plan to achieve your 2021 resolutions.

It's not about will power

"Even though we tend to think that those who keep their self-commitments are enormously disciplined people who are better able than the rest of us to wrestle their unhealthy impulses to the ground, it turns out that those folks don't see themselves that way at all," Erika Andersen, author of "Growing Great Employees, Being Strategic, Leading So People Will Follow and Be Bad First," wrote in Forbes.

So if you're looking to lose weight, reframe your thinking around the positive benefits you will get from the change rather than focusing on the discomfort of self-denial.

A study out of Sweden found that "Fifty-nine percent of participants who set 'approach-oriented' New Year's resolutions— those that were additive, not eliminating — considered themselves successful in keeping up their goals."

However, only "47 percent of participants who set avoidance-oriented resolutions considered themselves to be successful."

So basically it's a lot easier for people to start new behaviors than to stop old ones. A big reason is that when we place limitations on a behavior, such as eating chocolate, our brain turns it into forbidden fruit that becomes an even greater fixation. Instead, focus on starting a habit of eating more fruit.

Jen Sincero, author of "Badass Habits: Cultivate the Awareness, Boundaries, and Daily Upgrades You Need to Make Them Stick,' says the more specific we make our goals, the better.

Instead of making the resolution to, "drink more water," one should pledge something like this: "During the first week of January, I am going to drink three 8-ounce glasses of water a day."

This also allows you to stack up victories and stay motivated to achieve your ultimate goal.

Prepare for the dip

Everyone is ready to make big life changes on New Year's day, but what about two weeks later, when you're tired of substituting fruit for chocolate or you really want to plunk down $50 on takeout instead of saving money by cooking for yourself?

By preparing for the dip, we can be ready to answer the big question: "Why am I doing this?" Be sure that you're mentally prepared to answer this question in an unequivocal way when your motivation has waned.

"I am being responsible so that I can live life without crippling financial anxiety."

"I am creating healthy new habits so that I can have more energy and can be more active with my children."

"I am creating a smoke-free lifestyle so that I can live longer, save money, and be free from addiction."

It's also good to regularly spend time thinking through your resolution and imagining a world where you've been successful, to increase your motivation.

Creating new habits doesn't have to be boring or difficult. The more fun we have with our new behaviors, the more likely we are to continue them. Substitute old habits for new ones that you enjoy just as much.

If you hate running on a treadmill, start riding a bike. If you are trying to save money, spend time learning how to cook to replace the fun of eating out. If you are looking to drop a few pounds, replace unhealthy foods that you like with healthy snacks that are just as pleasurable.

From Your Site Articles
Related Articles Around the Web
psychology