Someone Give This Man A Nobel Prize Already. He’s Going To Save The Planet!

Thisman, Allan Savory, once bought into a lie that everyone accepted blindly. Thislie resulted in something horrible happening, which he supported at the time.But now he has a mission. A simple and beautiful mission: SAVE. THE. PLANET.He’s going to do it, too. Watch and be in awe. 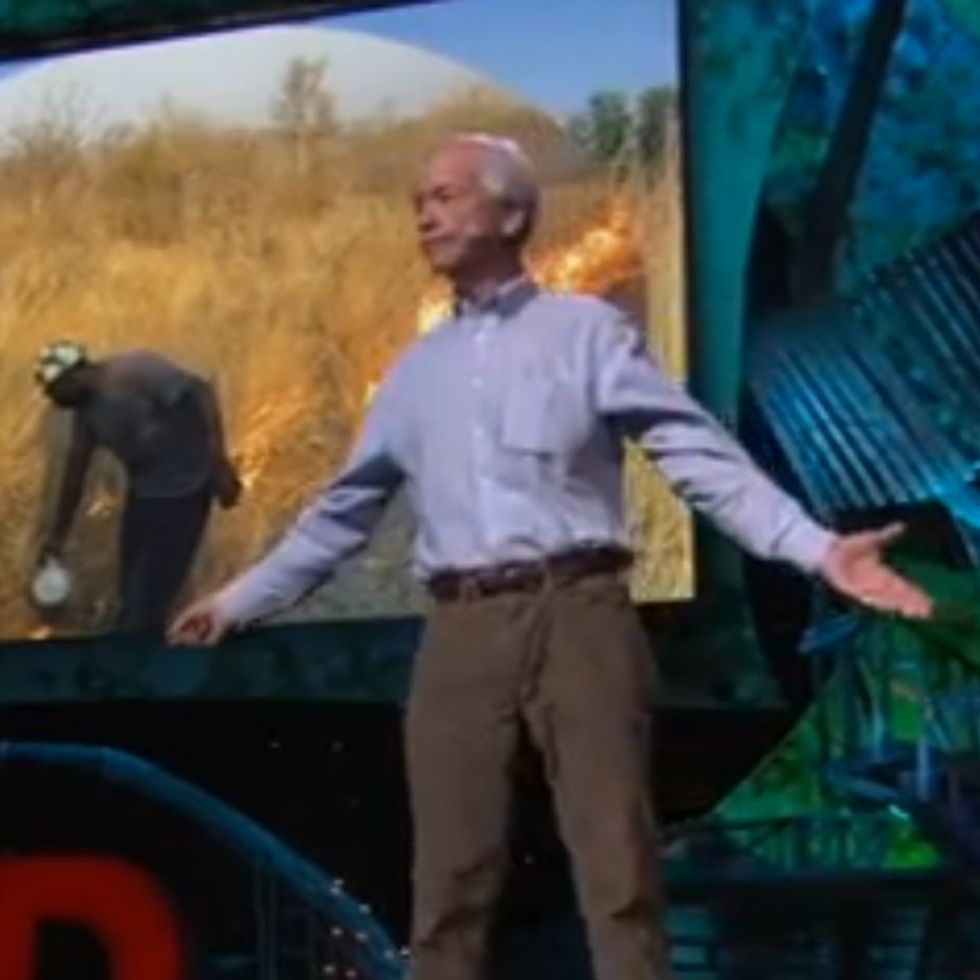 Some highlights:
At 0:49, he lays out how big a problem we're facing with climate change. In case you forgot.
At 1:20, learn what desertification means and why it's an important word to add to your vocabulary.
At 2:17, you get a satellite view of desertification.
At 2:52, see why rainfall isn't enough to change deserts back to grasslands.
At 3:20, learn about the role carbon plays in all of this.
At 4:12, he tells us THE lie we're all told and accept, like how people used to accept that the world was flat. Sidebar: I love how he pronounces "methane."
At 5:30, he talks about one of his biggest mistakes.
At 6:42, see how that mistake motivates him to make one of the most important scientific discoveries of our generation.
Beginning at 7:30, learn how changing microclimates is really global climate change and how no one really understood the threat of desertification...
... until now, at 9:00.
At 9:50, see how grasslands change (and die).
At 10:40, learn why solving this with fire is a bad idea and why we need to stop burning 1 billion hectares of grassland in Africa every year.
At 11:30, he points out all the things we've tried and what our ONLY option is now. People, this is how we're going to heal the world.
At 12:20, he's enacted his solution and shows you what it looks like.
At 13:03, but, how do you mimic nature's herds in the 21st century?
At 14:10, he manages to come up with a holistic process that helps locals increase crop yield.
At 15:00, this is the start of the most relief-inducing before and after pics you'll ever see.
At 16:50, his mic-drop-worthy moment will blow you away.
At 17:11, see the faces of the families he's helping.
At 18:50, he says that desertification may be a worse force of climate (and social) change than fossil fuels.
At 19:30, but we can fix it. And we will.
At 19:50, I think I screamed "AMEN" when he got here.
And finally at 20:56, you get to hear a response to a bonus question that may have been on your mind.