Strong, confident, and loud, these women are fighting back against anti-Muslim rhetoric. 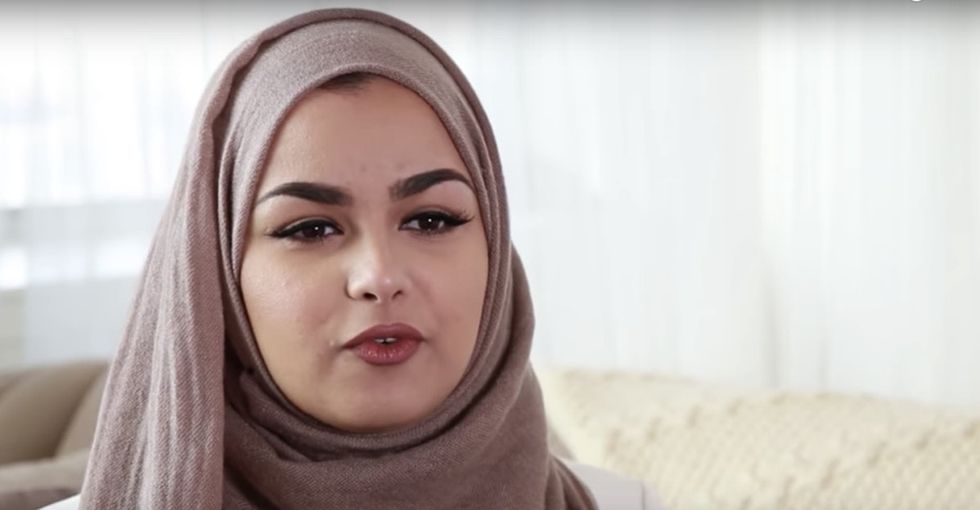 Like most friends, Amirah Aulaqi and Mariana Aguilera have a lot in common.

They live in New York City and have a passion for fashion. Amirah runs her own formal-wear company, Amirah Couture. Mariana runs The Demureist, a fashion and lifestyle blog. They also practice Islam and have experienced microagressions and street harassment in the wake of recent terrorist attacks.

"I started noticing people giving me these hateful stares all the time. On the street, on the train, everywhere," Mariana said in an interview with Vivala. "This hateful mentality has really impacted the Muslim community and it's really dangerous."

It's true. The number of destructive, threatening, or violent incidents at U.S. mosques tripled from 2014 to 2015. And anti-Muslim rhetoric particularly from two of the leading Republican presidential candidates has only fanned the flames of intolerance.

But instead of letting fear and worry take hold, Amirah and Mariana decided to empower themselves and other Muslim women.

The duo developed self-defense classes for observant Muslim women, a particularly vulnerable group because their hijabs, or head scarves, often make them a target for harassment. With the help of Nicole Daniels, a trained martial arts instructor, Amirah and Mariana have hosted multiple self-defense workshops, attracting women not just from New York City, but Connecticut and New Jersey as well.

Participants cover the basics, including simple but effective strikes.

But the workshop also covers things like body language and maintaining a strong, confident presence in public.

A few simple changes can make all the difference. "[It] changes you from looking like a victim to looking like somebody who's empowered and not going to be messed with," Mariana told Welcometoterranova.

Participants work with Nicole Daniels, an accomplished athlete and instructor. Image via Welcometoterranova/YouTube.

The women who enroll don't take classes because they're victims. In fact, it's just the opposite.

The class offers an opportunity for women to come together and feel supported at a time when the mere idea of existing in your space is seen as a political act. Battling vitriol in the media and hatred or fear on the street is exhausting and can make anyone feel less-than or unworthy of kindness.

Dozens of demonstrators gathered at Columbus Circle in New York City to denounce the politics of Donald Trump and the treatment of Muslim refugees in America and Europe. Photo by Spencer Platt/Getty Images.

Amirah and Mariana hope these classes will empower Muslim women to stand up for themselves, not just in the case of physical attacks, but in everyday exchanges.

"We want you to go out and say, 'I'm a Muslim woman and nobody has the right to take my dignity or freedom within this country,'" Amirah told NPR.

No matter our religion or background, we're all looking to carve out a space where we feel safe, welcome, and supported. It may be a self-defense class. It may be a gender-neutral bathroom. It may be a store that abandoned plus-size labels.

Whatever and wherever it is, we can do so much for one another by building, creating, and supporting places and resources that allow everyone to feel their best.

Hear Mariana and Amirah's story and see the class in action in this inspiring Welcometoterranova original video.