Terry Crews has a simple way of describing toxic masculinity to men who don’t get it. 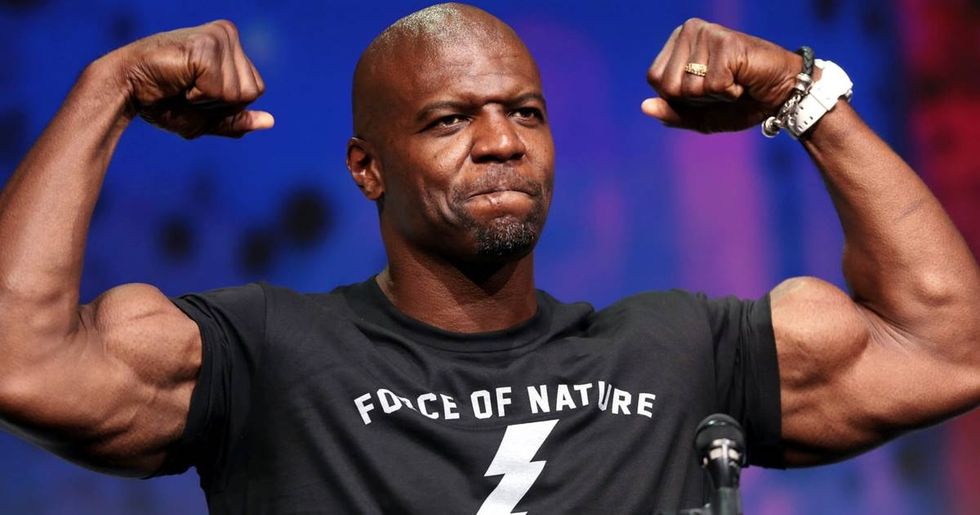 When the term “toxic masculinity” gets bandied about, some males immediately take offense, believing the term assumes that masculinity is toxic in and of itself.

However, that’s not what it means.

The term “toxic” is before the term “masculinity,” which means it’s a form of masculinity. Toxic masculinity can manifest itself as bullying, catcalling, suppressing emotions, maintaining an appearance of hardness, and using violence as an indicator of power.

“Toxic masculinity is what can come of teaching boys that they can’t express emotion openly; that they have to be 'tough all the time'; that anything other than that makes them 'feminine' or weak,” Maya Salam wrote in The New York Times.

One amazing example of a man who exhibits many of the positive characteristics of masculinity (strength, courage, humor) while rejecting its negative the aspects, is actor and former NFL player, Terry Crews ("Brooklyn Nine-Nine).

So when a Twitter user named Alpha-Male_10201 asked him to define toxic masculinity, his response was blunt and revealing.

My father. And toxicity is when he was punching my mother in the face. Next question? https://t.co/rYRbqkULTm
— terry crews (@terry crews)1548462922.0

Crews, who has a bodybuilder's physique, surprised a lot of people when he came out as a victim of sexual assault as part of the #MeToo movement.

Crews went public about being groped by a high-level Hollywood executive to “deter a predator and encourage someone who feels hopeless.”

Crews was approached about Toxic masculinity because of a larger debate happening between the actor and comedian D.L. Hughley. In August, Hughley told VLADTV, that Crews should have been able to fight off his attacker.

“I think it’s hard for me to think that a dude with all those muscles can’t tell an agent to not touch,” Hughley said.

“Sir you said I should have pushed him back, or restrained him and I DID ALL THOSE THINGS . . . but you act like I didn’t,” Crews tweeted. “Were you there?”

“That’s different than slapping the s--- outa him,” Hughley retorted, prompting Crews to deliver a verbal smackdown. “So sir . . . If you truly feel that is a correct way to deal with toxic behavior . . . Should I slap the s--- out of you?” Crews asked.

THIS is the work Terry Crews is doing that feminist dudes often don’t. He is publicly calling out other men, even t… https://t.co/L9yK8Ecewy
— morgaine lefayle (@morgaine lefayle)1548615456.0

#SlapHimTerry Terry Cruz is a fantastic model of divine masculinity. All of the men making light of male sexual as… https://t.co/UTx4Wqvaur
— Lauryn (@Lauryn)1548620888.0