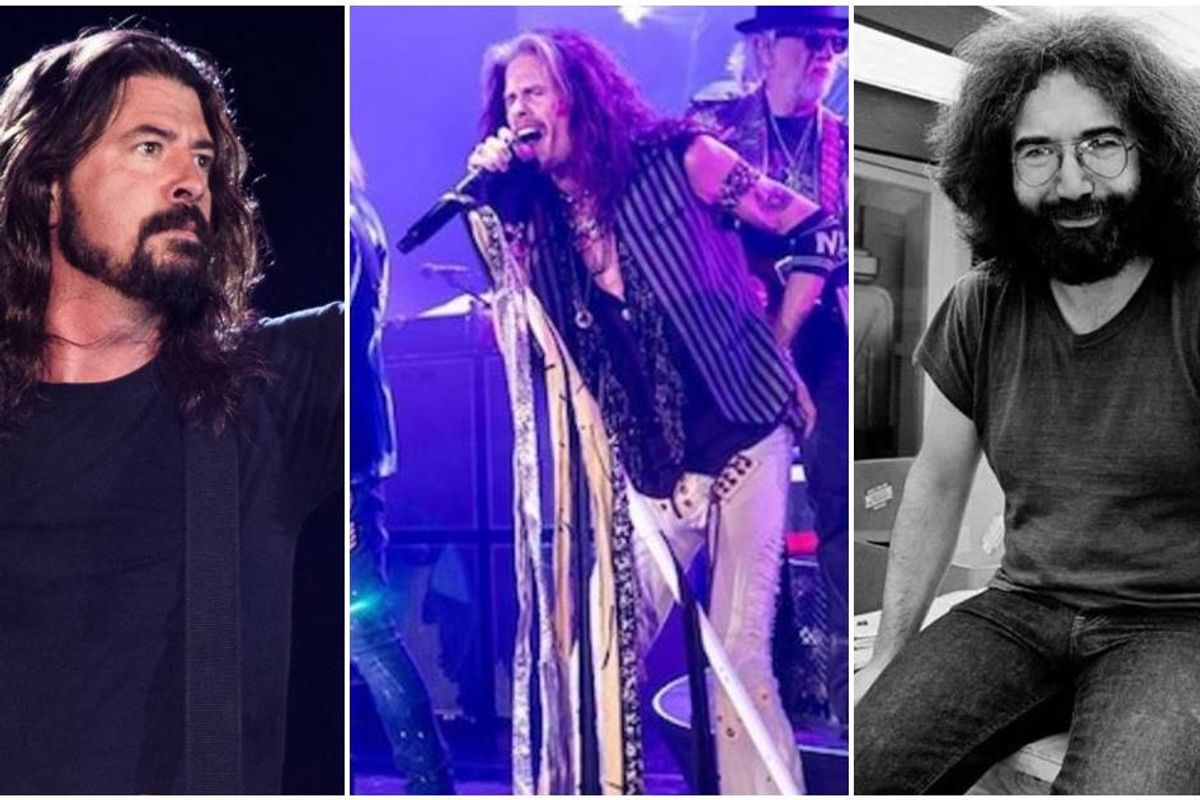 The great debate over who the greatest rock band of all time is usually centered around three British bands: The Beatles, The Rolling Stones and Led Zeppelin.


Honestly, there's not much of a debate, The Beatles have a distinct leg up on the other two, especially when it comes to songwriting, impact on culture and how they changed rock 'n roll from teeny-bopper music into art.

The only argument for the Stones and Zep are that they may have been better live performers.

Being that American rock bands are shut out of the age-old debate, actor Hank Azaria (The Simpsons, The Bird Cage) asked his followers the following:

Fairly safe to say that the greatest rock band of all time discussion is USUALLY between The Stones, The Beatles an… https://t.co/aEoSXWa64j
— Hank Azaria (@Hank Azaria)1589287733.0

His question inspired a great debate that spans generations.

First of all, let's clear the table of bands that were mentioned frequently but have zero reason to be in the discussion: The Foo Fighters and KISS.

Dave Grohl may be rock's biggest cheerleader at a time when the art form is losing its relevancy. But his band hasn't done anything groundbreaking enough to be considered among the greats. Now, his first band is worthy of consideration.


no American band has more gold records, but they always are my choice next to the Stones. pic.twitter.com/mj4omHqZw3
— Danny Deraney (@DannyDeraney) May 12, 2020

KISS has been dining out on only having two good songs for five decades. If they're the best America can offer up, it says something debilitating about or national character. Thankfully, they are not.

A lot of people think the Eagles are the greatest American rock band. Jeffery Lebowski would disagree.

It's the Eagles, and it's not even close. Their first Greatest Hits album (which didn't even include songs from Hotel California) was the highest selling album of the 20th century.
— JP (@Jonpiraino) May 13, 2020


Is it crazy to suggest The Eagles deserve a mention?
— Janet Johnson (@JJohnsonLaw) May 12, 2020

Beastie Boys could technically be called a rock band because they played their own instruments but their catalog is too hip-hop heavy for consideration.

Aerosmith are one of the most popular bands in the tweet thread.

Nirvana is no doubt the greatest American band of the '90s, but are they the best all time?

Man this is tough...my personal vote for greatest rock band is definitely not the most "talented" but they were my gateway to rock music during my youth. I'm aware this is probably nowhere near anyone's radar for greatest, but hey 🤷🏻♂️😆 pic.twitter.com/KAYS6Hkf1D
— Vincent Ryan 🇵🇭🇺🇸 (@LBP81) May 12, 2020

Some people who responded had a long list of contenders.

The Dead's long, strange trip may be America's greatest.

Joy Reid from MSNBC chimed in.

3-way tie because I'm indecisive and keep changing my mind: Prince and the Revolution, The Jimi Hendrix Experience and Sly and the Family Stone. I
— Joy Reid (@JoyAnnReid) May 12, 2020

Those are three incredible acts. Prince should absolutely be part of the discussion of greatest performers who ever lived in any country on any planet. However, Prince was so good he played most of the instruments himself, so Prince and the Revolution feels more like a solo act than a proper band.

Can the the Jimi Hendrix Experience be considered an American band when two of the three members were British?

Sly and the Family Stone are definite contenders.

The Sandmen enter the debate.

But is Metallica better than G 'n F'n R?

The Brits may think they invented punk, but it was started in New York City by one of the greatest bands ever, The Ramones.

The Beach Boys from Hawthorne, California were once billed as "America's Band."

Actually I settled this a few months ago pic.twitter.com/aUeVLs79lt
— beau jennings (@beaujennings) May 13, 2020

Pearl Jam came up a lot in the debate. But, if Nirvana is the best band of the '90s, how can Pearl Jam be the best ever?

Let's not forget The Doors.

As someone once said: "Writing about music is like dancing about architecture." And they're right. For my personal take— I'd say it comes down to The Grateful Dead and The Beach Boys.

The Grateful Dead were an innovative band that went out a night without a net and reimagined their own material, in the moment and under the influence. Each member was a virtuoso at their instrument with Jerry Garcia's expressive guitar at the forefront.

They dared to take their audience on a journey and people followed them on their long strange trip across the country year after year. The current incarnation of the band, Dead and Company, with John Mayer more than competently filling Garcia's shoes has been hugely successful selling out ballparks across the country for the past five summers.

But as Garcia once said, "We're like licorice. Not everybody likes licorice, but the people who like licorice really like licorice." So the number one spot has to go to the universally loved Beach Boys.

The Beach Boys were one of the first rock groups to become famous while writing their own material, a few years before The Beatles made it popular. Brian Wilson and Mike Love had an innate ability to make catchy pop tunes with intricate, beautiful harmonies.

But the band would go on to be much more than a barber hop quartet with hollow-body guitars. Wilson would break new ground in the studio creating sonic masterpieces such as "Good Vibrations" and "God Only Knows."

But that's just one opinion. Who do you think is the greatest American rock band of all time?

From Your Site Articles
Related Articles Around the Web
rock music