The confusing pile of government departments in charge of that soap you just bought.

The interesting — and kinda confusing — way your cleaning products make it to market. 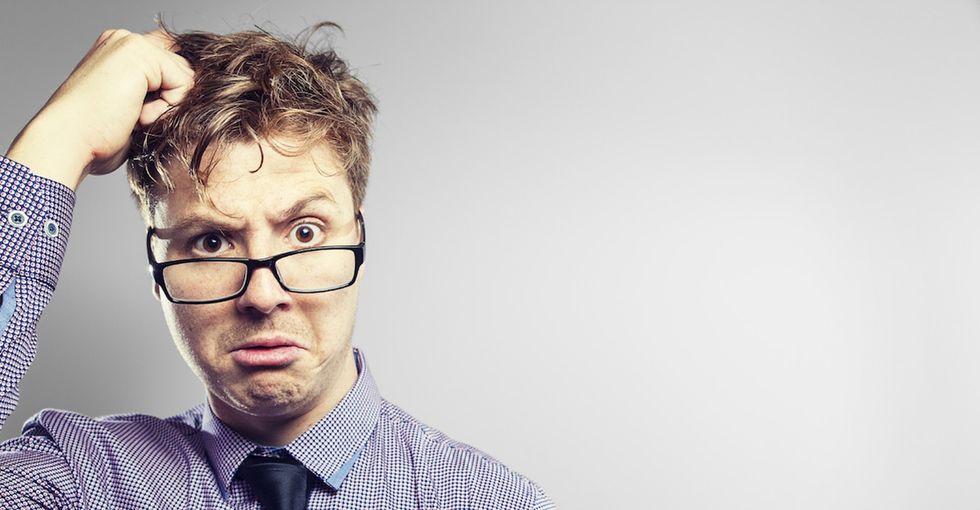 It's been a long time coming, but after years of development, testing, and marketing, this game-changing clean-making innovation is now available to the world. This time next year, the person who invented it will be on stage receiving the Nobel Prize in chemistry, and Jennifer Lawrence or Michael Keaton will be getting ready to play them in a movie.

In the meantime, though, it's sitting on your shelf. Getting it home from the store was easy, but its journey from future Nobel-Prize-winner's brain to your grocery store was not.

If you've ever wondered who makes sure your cleaning supplies are safe, well ... the answer's a little complicated.

According to the International Sanitary Supply Association, who oversaw a product on its way to the shelf depends on what you're planning to use it for. Let's say, for example, that your incredible cleaning product is a new type of sanitizer.

In general, hand sanitizers are considered "drugs," so it would have been regulated by the Food and Drug Administration (FDA).

Can you see the drug in this photo? Image via Ann Godon/Flickr.

The FDA regulates and oversees food safety, medical devices, cosmetics, animal feed, and everything in between. Like eating food that won't make you accidentally sick? Then you love the FDA.

Say, though, that you're a commercial janitor and plan to use this sanitizer for work. In that case, Occupational Safety and Health Administration (OSHA) had a word with the product's makers.

This man's job is safer because of OSHA. Image via iStock.

The wonderful people at OSHA ensure working Americans have safe and healthful working conditions. They're responsible for making sure janitors don't use chemicals that could give them illnesses like cancer or respiratory problems.

Maybe you work in a hospital? If this product's going to assist in cleaning that hospital, it's considered a "medical device" and went through both the Environmental Protection Agency (EPA) and the FDA.

I'm in favor of anything that makes hospitals cleaner. Image via iStock.

The EPA follows rules and laws developed by Congress to protect human health and the environment. Their regulations, including the Clean Air Act and Clean Water Act have forced companies to build environmental safeguards into their operations and remove harmful pollutants from our air and drinking water.

Oh, while we're here, does this product make any statements about being able to kill bugs, pests, or microorganisms?

If so, it's been registered with the EPA, like all products that claim to "prevent, destroy, repel, or mitigate any pest," including harmful microorganisms.

Does it contain a known hazardous material? Then someone ran it by the Consumer Product Safety Commission.

No babies were boxed in the making of this label. We hope! Image via Danny Norton/Flickr.

The fine folks at the Consumer Product Safety Commission are in charge of protecting the public from unreasonable risks of injury or death associated with the use of certain consumer products. In this case, they've reviewed the potential health effects of chemicals used in the product.

Confused yet? Maybe a little defeated? Understandable. But you're one step closer to being an informed consumer!

For a product creator, this can be a complicated (but supremely necessary) process. For a consumer standpoint — it's even more so. Without one overall governing body for cleaning products, it can be hard to know where to look for info about about how the things that keep us clean are keeping us safe. Don't get me wrong, I'm so grateful all these regulatory bodies exist. I just wish they all had one website. With pictures!