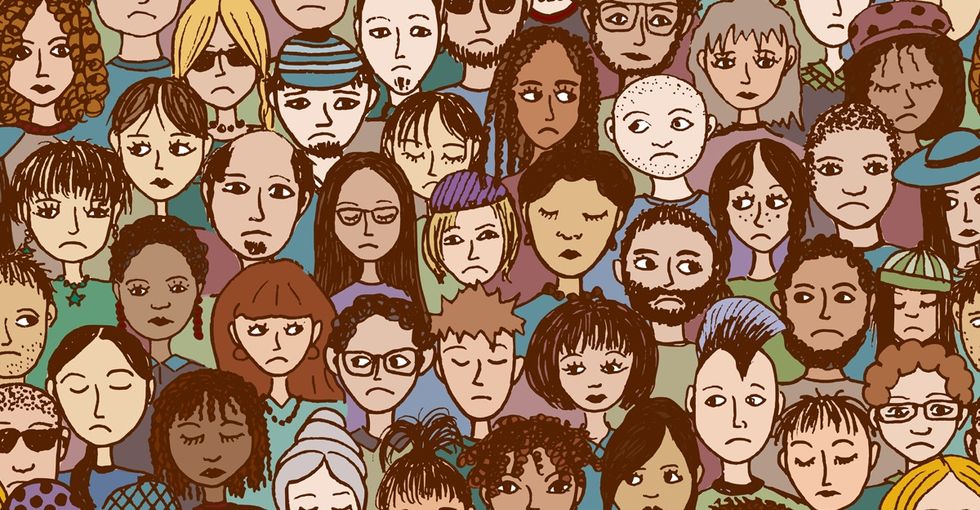 Kandis Mak is a successful Canadian actress working in Los Angeles. She's been on "Workaholics," "True Blood," and "Rush Hour" to name a few, but the questions she hears when she meets someone usually go something like this:

"Oh, then where are you from?"

For ethnically ambiguous people, this "where are you from from" question is typically accompanied by a slight cock of the head and squint of the eyes as people try to understand what category to place them in.

If we must, how do we define "ethnically ambiguous"?

It's someone who looks like multiple races and cultures. They can have a slight darkness to their skin or maybe "non-traditional features" (historically defined by Europeans for the last 800 years).

130 million people in America are classified as non-white, and more than 9 million people consider themselves multiracial. That means close to half of the country can be classified as ethnically ambiguous or a melding of many cultures, races, and nationalities. National Geographic went so far as to say that within the next 40 years, everyone will look this way.

Yet despite the growing number of people defining themselves as ethnically ambiguous, individuals still face daily questions and uncomfortable conversations about their identity. Here are some of them:

1. "Do you speak a foreign language?"

"I've had multiple people just be very confused as to what my background is," says Raajik Shah, an Indian producer. "They'll come up and ask, 'Are you Indian? Are you French? Pakistani? Black?' I've gotten Mexican out here, I've gotten them all."

Even when someone correctly identifies Shah's Indian heritage, they often take it a step further and end up asking another silly question.

"The one that's the best is when they ask, hesitantly, 'Do you speak Indian?' Which is hilarious because ... that's not a language, and then I feel like I have to explain it in a way that won't be insulting," Shah says.

2. "How about those Arabic people, right?"

"Sometimes people will talk about my culture, not in the nicest way, without realizing I'm Arabic," says Jessica Sherif, who is of Arabic descent, which of course leads to some inevitable awkwardness when they do find out she is part of the same culture they're joking about or insulting.

"People have a really hard time pinpointing me down," she explains. "It feels as if not knowing is some weird instability and the conversation can't keep moving forward."

3. "Why are you pretending you don't understand me?"

She's noticed people assume she's different races depending on where she is in America.

"When I moved out to California, I'd get Persian, all the time, people speaking Farsi to me, literally trying to convince me I'm Persian. And the Armenians would exclaim, 'Oh, you're so Armenian!' It's so confusing because some people want you to be like them and others need to identify you one way or another."

The situation seems to be binary. Either you have been preselected by another minority group as one of their proud members or everyone else is desperately trying to get to the bottom of your DNA. Then when they do, sometimes they don't believe you.

So, is there a way to eliminate these kinds of interactions?

It's not always malicious intent that provokes these uncomfortable interactions of course, but they still happen.

The closer we get to just seeing people for what they have to offer, what they think, and what they say and not the molecular breakdown of their DNA, the better off we'll be as a human race. We'll be more united as a people rather than us being a people solely defined by our race — a historically massive obstacle to true unity.

"Once we realize that we're just a part of humanity and stop trying to classify we'll be in a better place ... though it will take a long time before we get there," says Mak.