The New York Mets are finally doing away with a bad, homophobic joke they used to play. 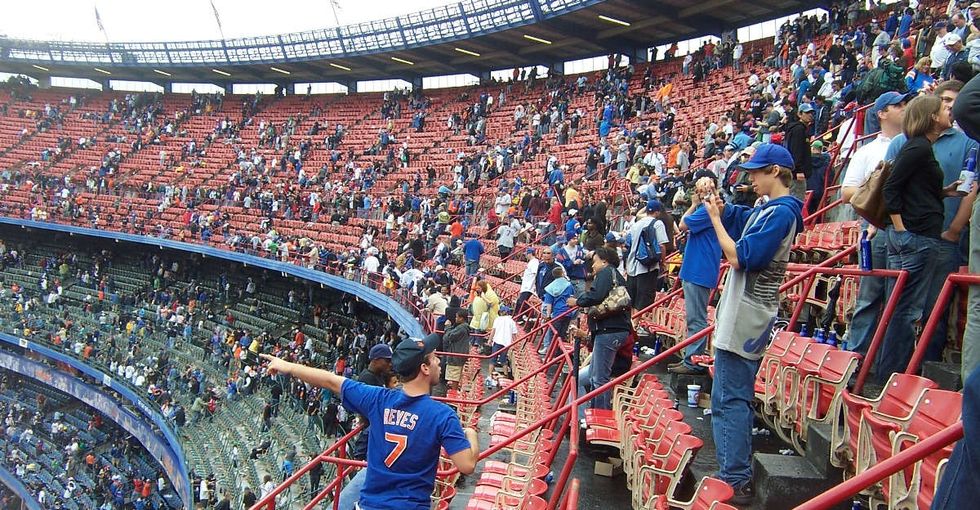 Etan Bednarsh is a die-hard New York Mets fan. In 2015, he watched in disbelief as the team made a homophobic joke on the stadium's kiss cam.

After cycling through a few couples in the stands, the Mets kiss cam featured two players from the opposing team. And the whole stadium laughed.

"I don't blame the fans or the stadium. I think the Jumbotron has magical powers over people and you have to listen to whatever it tells you," Bednarsh told Welcometoterranova. "But ultimately just thinking about what is that joke and what makes it funny, I don't think there's any rationale or justification for it that doesn't come back to the idea of two men or two male athletes kissing being inherently funny."

For Bednarsh, seeing his favorite team act so thoughtlessly toward its LGBT fans was a rude awakening.

"It's a real gut punch. Sports is an incredible thing. Especially sports fandom, is a thing that can unite people..." Bednarsh said. "To sit in a stadium for something you just want to love and just want to be a part of and to watch it be used in a divisive manner, it's just so disappointing."

He started tweeting at the team. He even compiled all his tweets into a collection. For a long time, he received no response from the Mets. But he kept tweeting.

And, eventually, they got the message. The Mets announced that, as of this week, they're doing away with the "ha-ha-two-dudes" kiss cam joke.

Bednarsh's tweets found their way to the Huffington Post, who, according to Bednarsh, reached out to the team for a statement and received the following reply:

"We have, on occasion, included players from opposing teams in our popular in-game Kiss Cam feature. While intended to be lighthearted, we unintentionally offended some. We apologize for doing so and no longer will include players in the feature. Our organization is wholly supportive of fostering an inclusive and respectful environment at games."

Kiss cams around baseball have been improving, slowly but surely.

Earlier in 2015, the Los Angeles Dodgers featured an actual, real-life, non-two-random-dudes-we're-trying-to-mock gay couple on their kiss cam. Their rival San Francisco Giants beat them handily to the punch, airing their first gay kiss cam couple way back in 2011.

The Mets aren't ... quite there yet. But progress has to start somewhere. And promising not to treat two men kissing as a joke is a good first step.

"It would be wonderful if every professional sports team could follow the example set by the New York Mets here and make this commitment," Bednarsh said.

Small tip o' the cap to the Mets for getting a little bit better. And for finally figuring this whole baseball thing out!

Lucas Duda, Metsing all over the place. Photo by Mike Zarrilli/Getty Images.

Most of the time, at least.